Lord of the Rings: Rings of Power (trailer)

Ah that’s right I didn’t realize. I remember him from Mindhunter, as one of the interviewed serial killers, he was damn good in that role. 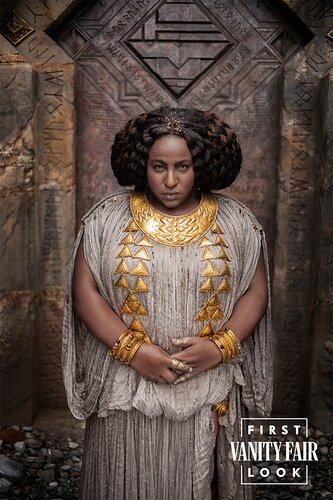 so what race is oprah playing?

A dwarf, you racist Peck

so what race is oprah playing?

A dwarf, you racist Peck

i see no beard

So you’re parasites, like all of Hollywood now. Great there’s your dumpster and kerosene.

He said hardcore not bigger

about to say this. Comments are off the chain. They are all repeating each other with just slight story twists, it’s hilarious and sad at the same time

This is going to be an unwatchable abomination. If they had just called it a woke sword and sorcery style high fantasy series it would never have gotten made. Trying to shove that shit into Tolkien’s world allowed them to get the money to make it. It also shits all over everything Tolkien wrote and believed about how his world should be handled.

GOT vs Rings of Power. Which one will be worse. That will be the battle

This one without a doubt.

So bummed as I Amazon has put out really top quality shows over the years. My thinking was with the money they are going to invest in this it will be huge. Nope, they’ve basically bastardized anything Tolkien ever did.

Nice way to throw a few hundred million down the drain Amazon.

If it’s woke enough, and it will be, it will gather critical acclaim by the queers

GOT had several great seasons. This will be utterly unwatchable from the beginning. It’s not a contest.

If it’s woke enough, and it will be, it will gather critical acclaim by the queers

The Rotten Tomatoes score will be amusing.

Critic Score: 10/10 a masterpiece of diversity and inclusion!

Thorin Oakenshield’s sister and the mother of Fili and Kili is black???