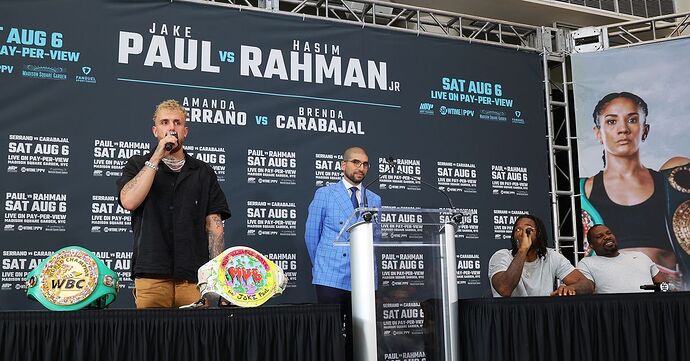 Madison Square Garden has weighed in on the ticket controversy that has been surrounding the Jake Paul vs. Hasim Rahman Jr. cancellation.

Madison Square Garden is pushing back at the claim that the Jake Paul vs. Hasim Rahman Jr. fight card was cancelled due to poor ticket sales.

This past weekend, the boxing event that was scheduled to be headlined by Paul and Rahman this Saturday at Madison Square Garden was cancelled. Paul’s promotion, Most Valuable Promotions, alleged Rahman was having issues with his weight cut and that the fight was nixed for “health and safety” concerns. Following UFC 277, UFC President Dana White stated his belief that the cancellation had more to do with a poor gate and Paul’s relationship with a former UFC employee than anything else.

On Thursday, an MSG representative, who asked to remain anonymous due to the sensitivity of the matter, spoke to MMA Fighting in an attempt to clarify the box office side of things.
“To be clear, sales were strong heading into fight week — the cancellation was not based on ticket sales,” the representative said. “This fight was projected to be in the top 10 of highest grossing boxing events at MSG in the past 15 years.”
The rep also noted that fight week is “traditionally the strongest sales week” when it comes to boxing events.

Earlier this week, Paul’s business partner, MVP co-promoter, and former UFC CFO Nakisa Bidarian also said that ticket sales were trending in a strong direction and had nothing to do with the cancellation of the event.

Rahman, on the other hand, has been claiming Paul was looking for a way out of the fight by adding extra weigh-ins and hurdles. Rahman said he is still planning on making 205 pounds on Friday regardless of the cancellation.

MSG hosted the wildly successful boxing event in April headlined by Katie Taylor and Amanda Serrano — who was scheduled to compete in the co-main event of Saturday’s card against Brenda Carabajal — that was co-promoted by MVP.

“MVP has been great partners and we’re looking forward to working with them again soon,” said the representative.

How can you clear the air on something, but remain anonymous? Why not just make the statement if it’s truely MSG’s position?

On Thursday, an MSG representative, who asked to remain anonymous due to the sensitivity of the matter, spoke to MMA Fighting in an attempt to clarify the box office side of things.

Let me guess, the anonymous source was named Logan. 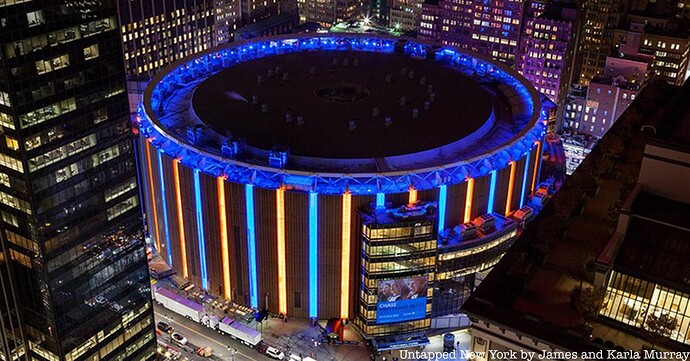 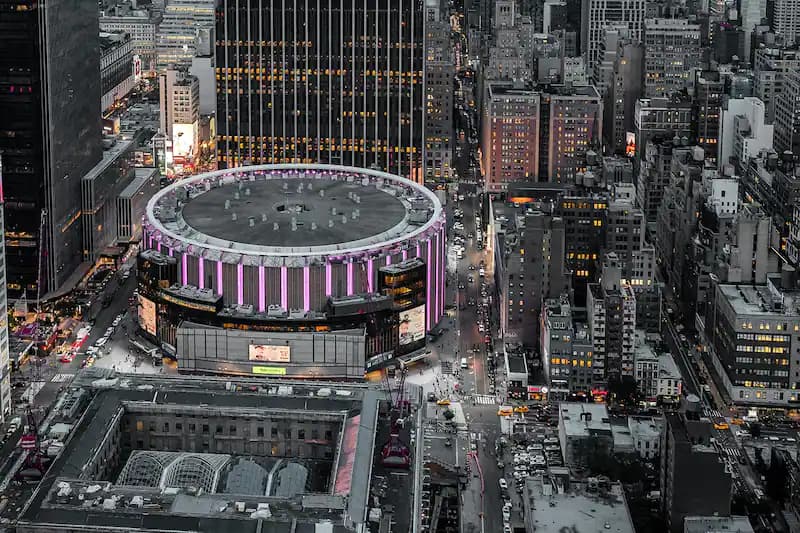 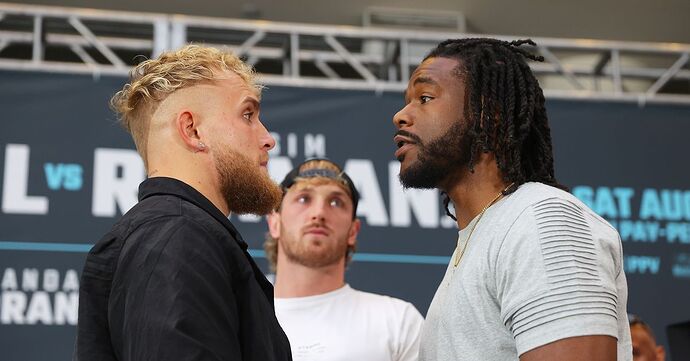 Hasim Rahman Jr. looks to have shot himself in the foot with his weight struggles ahead of his now-canceled clash with Jake Paul.

Paul and Rahman were scheduled to face off in the ring this weekend (Aug. 6, 2022) as headliners in New York City’s famous Madison Square Garden arena. With Rahman being the most unknown opponent of Paul’s in the YouTube star’s five-fight career, interest levels felt significantly lower than in previous bouts and Paul appeared to understand that.

Many in the community — [including UFC President, Dana White](White knocks Paul over fight cancellation, claims ticket sales were to blame - MMAmania.com
“To be clear, sales were strong heading into fight week — the cancelation was not based on ticket sales,” the representative informed MMA Mania. “This fight was projected to be in the top 10 of highest grossing boxing events at MSG in the past 15 years.

“MVP (Most Valuable Promotions) has been great partners and we’re looking forward to working with them again soon.”

In terms of venue and location, the match would have easily been the biggest of Paul’s career thus far after previously competing in the states of Florida, Ohio, Georgia and California. It’s unlikely that Rahman — a former training partner of Paul’s — will still get his crack at the outspoken social media sensation and it will remain to be determined whether or not another more-experienced boxer will take his spot.were-to-blame) — speculated that the bout’s real reason for being canceled was because of weak ticket sales, not Rahman’s decision to not make the agreed-upon, 200-pound weight limit. According to a source within Madison Square Garden today (Thurs., Aug. 4, 2022), the event was trending to do much better than popular belief.