I remember that one actually. From a long time ago. But I was a very dumb and naive deck builder back then. Had no idea how good it can actually be.

Should have started swinging on him right there.

Should have started swinging on him right there. 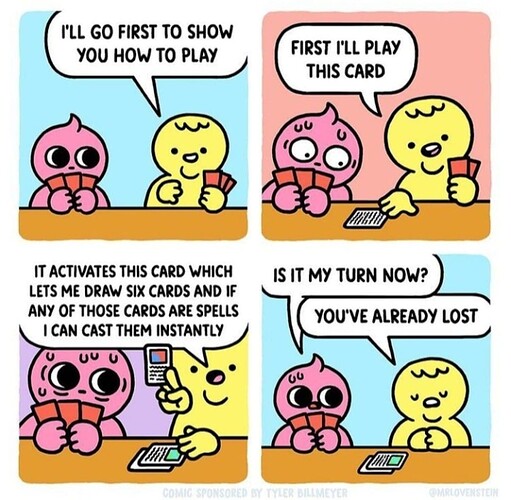 I’ve been having some really shit luck lately. Struggling just to get my daily wins. Decks that usually have a decent winning percentage are constantly getting smoked.

Fortunately I’ve found one of my decks that seems to be doing okay right now. “They Might Be Giants”. Tribal Izzet Giants deck.

I’m currently trying to build an Arena version of my “Suicide Prevention” theme. This is a Black-White deck theme that I’ve been building decks around since the late 90’s… Necro Black paired with White Life-Gain.

So of course I’ve got Soul Warden, Ajani’s Pridemate, Ajani’s Welcome, and other bullshit white life-gain cards, and focused on black cards where you pay life for effects.

I just played my ^ “Suicide Prevention Deck” vs Fundar. I’ve had a few too many beers and I literally cannot remember if I won that match or not. As best as I can recall, we played 4 matches and each won 2.

My wife would say I need to stop drinking, but I disagree…

Does anyone else play Midweek Magic (MWM)? Momir is kinda fun, but extremely frustrating…

New Deck! I’ve only played 2 real matches and gone 1-1, but it feels like it has potential:

@BadLayBob - Shakedown Heavy! Wow, I like what he does in this deck! So basically the deck is designed around attacking with a single creature. There are a number of cards that take advantage of this and add a bunch of buffs. I find myself attacking with creatures whose power buffs up to 20 quite frequently. I’m not sure if I have the right support cards to make it work consistently, though 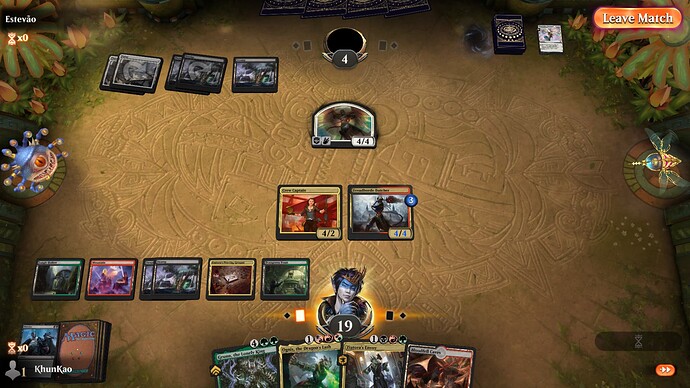 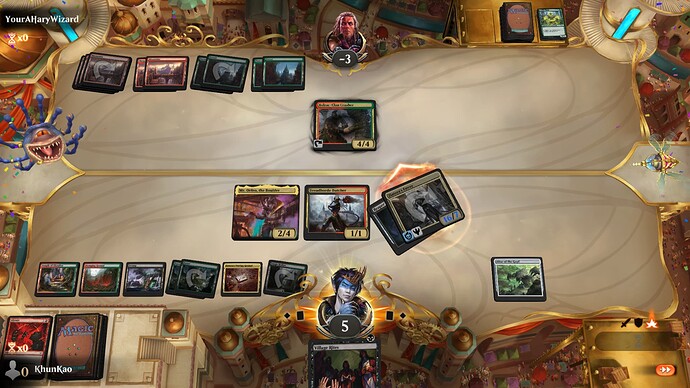 So this new deck that I’ve been posting screenshots from ha turned out to be pretty solid in unranked BO1 Play. I’ve made some additional tweaks since posting the decklist. It’s weak vs enchantments & deathtouch. Especially enchantments. I’m not sure it’s worth tweaking the deck with enchantment removal.

I’ve pulled some pretty brutal beatdowns. This deck actually does pretty decently vs the ridiculous lifegain bullshit that has been so prevalent.

That’s awesome. I’ll get that for sure when I end up playing red. I’ve still been playing black only so far.

edit: shit, I might just put one in my black deck anyway for the hell of it if it will fuck with the algo.

Magic cards are for faggot nerds plus it’s a giant pay to win scam.

Magic cards are for faggot nerds plus it’s a giant pay to win scam. 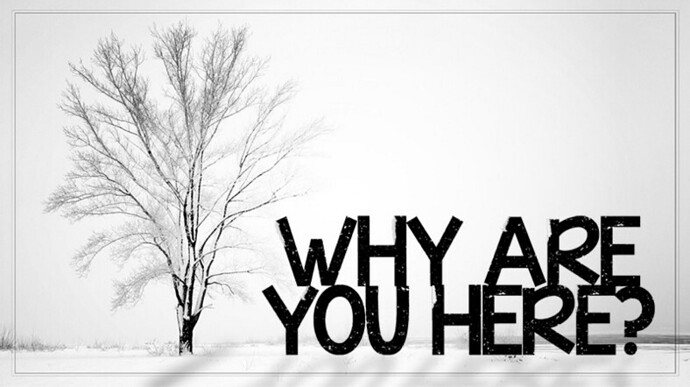 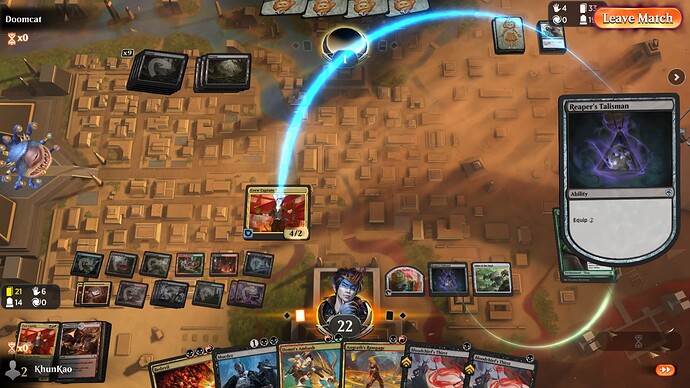 One of the things that’s been neat about playing this new “Jund” deck is that I’ve been getting some really interesting matchups. Of course I’ve been going up against ridiculously retarded life-gain decks, some of which are simply so insane that I concede early, but some other matches are really interesting. The above deck was mono-black removal-only. I think the idea was to make me run out of cards before he did because literally all his deck did was removal.