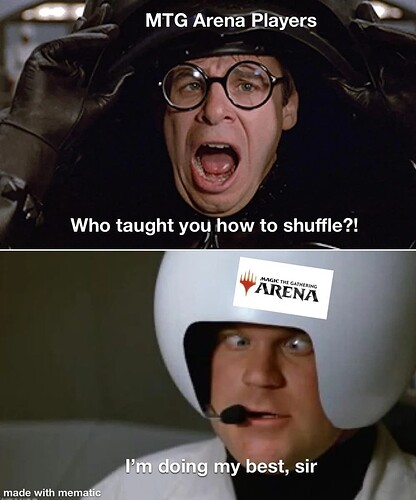 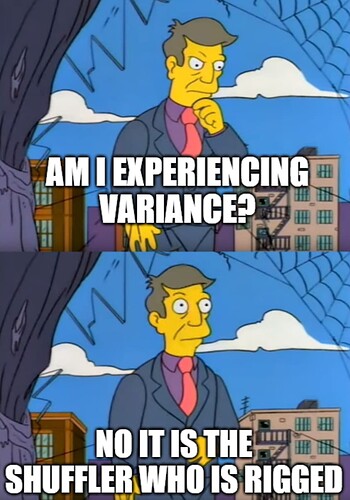 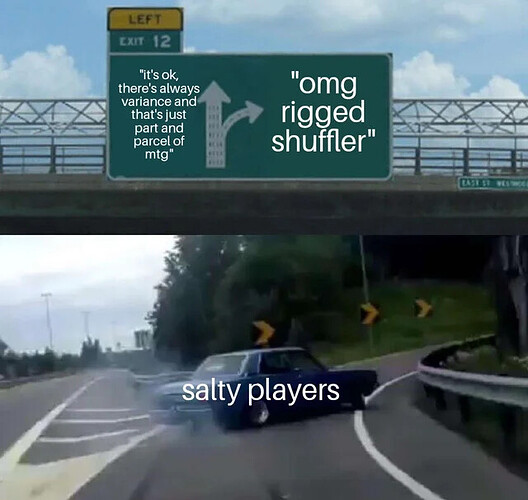 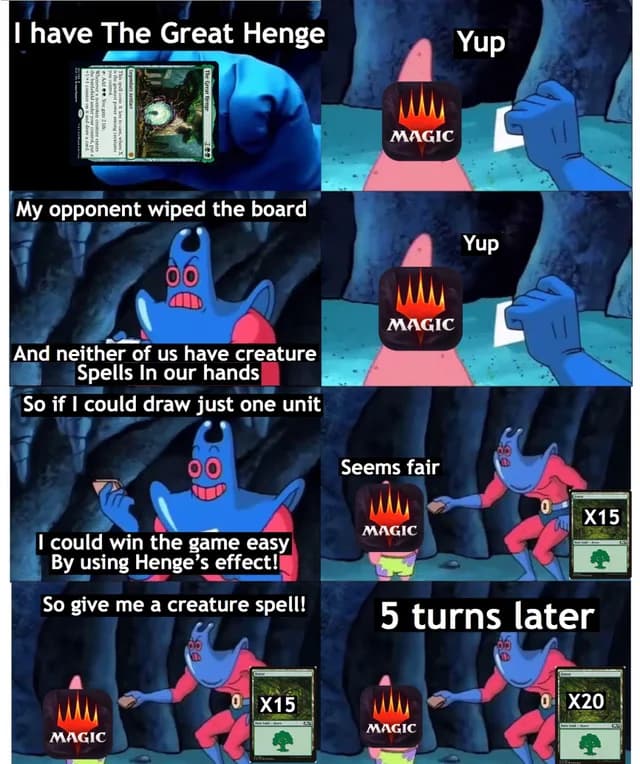 My understanding of how the shuffler works is that it actually deals you two hands, but it’s ‘algorithm’ determines which is the stronger of the 2 hands to present to you.

It would be nice if the shuffler just made it, I don’t know, random?

So today I went on a good run of 8 wins and 1 loss. I’m back up to Gold Tier 1. But my last 3 matches have all been against Shrines.

Made it to Diamond! What a pain in the ass.

I had built a land destruction deck but got rid of it. It’s such an asshole strategy 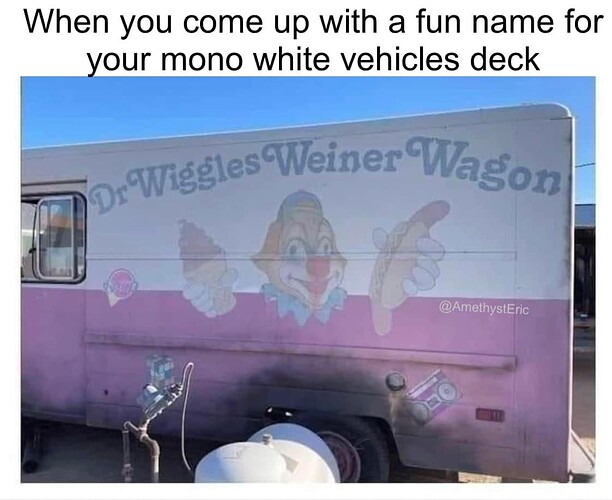 I just faced a deck that is new to me. It was a spectacular beatdown that was handed to me. Rakdos with Kroxa, Shakedown Heavy, Rotting Regisaur, and Colossal Plow… 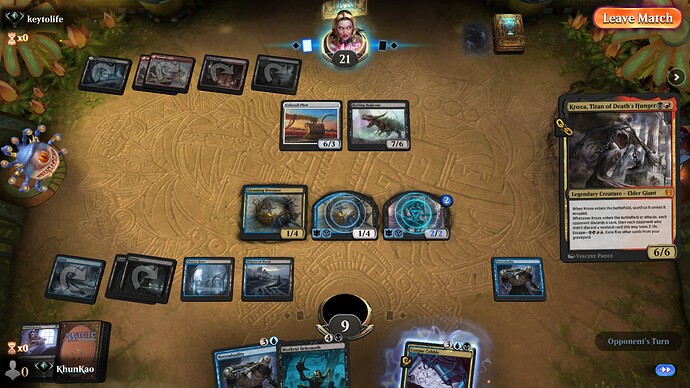 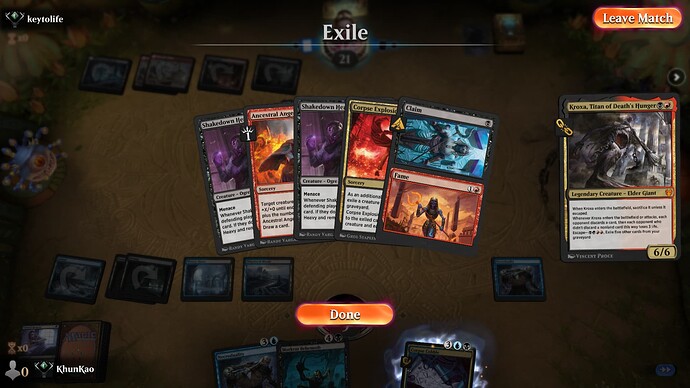 I have admittedly just built a Shrines deck with Mirror Box as a “fuck you” to everyone. Mirror Box causes your permanents to ignore the legendary rule, so I can double up my shrines without penalty. But it’s such a cheap fucking way to win…

OK, WTF? I just played a guy that kept dropping PW’s, 5 in total. All of them came locked and loaded with 10 points ready to spend? The hell is that shit?

Do you remember what cards were in play? Which planeswalkers they were? There are certain crazy assed cards that allow you to drop all kinds of shit onto the battlefield 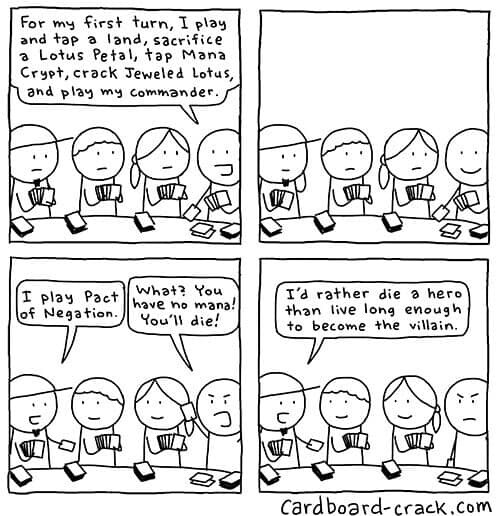