You must have forgotten that a lot of people thought Matt deserved the decision over Kim in the first place.

He did beat both guys. And ranked under Brown. But who cares at this point!? Rankings are just for show, for reference.

Even though DongHyun beats most guys in the division, he's not title worthy until he does something about his striking. Yea, he Ko's his last two opponents, his hands for rest of the fight was so sloppy. His Defense is still wack. I doubt he can take a punch from likes of woodley, lombard, lawler, hendricks.

I think he's trying hard not to be perceived like Jake Shields but I'll be a believer if he beats one more high level guy in the division.

I dont think a title shot should be based on what your style is like, it should really be about your resume and wins. And Dong would have to beat a top 5 guy first before I bleieve he can make most guys in the division.

I think the rematch with Brown def is a no brainer somewhere but not sure when.

Dong has beaten better quality guys than Brown though in his streak but not by that much esp considering Brown's longer streak.

DHK will never be more than a top 9 guy

Yeah, Stun Gun has upped his game but i dont think he cracks the top 5, he is more of a top 10 gate keeper imo. But i could be wrong....

these folks point system had matt ranked over dong 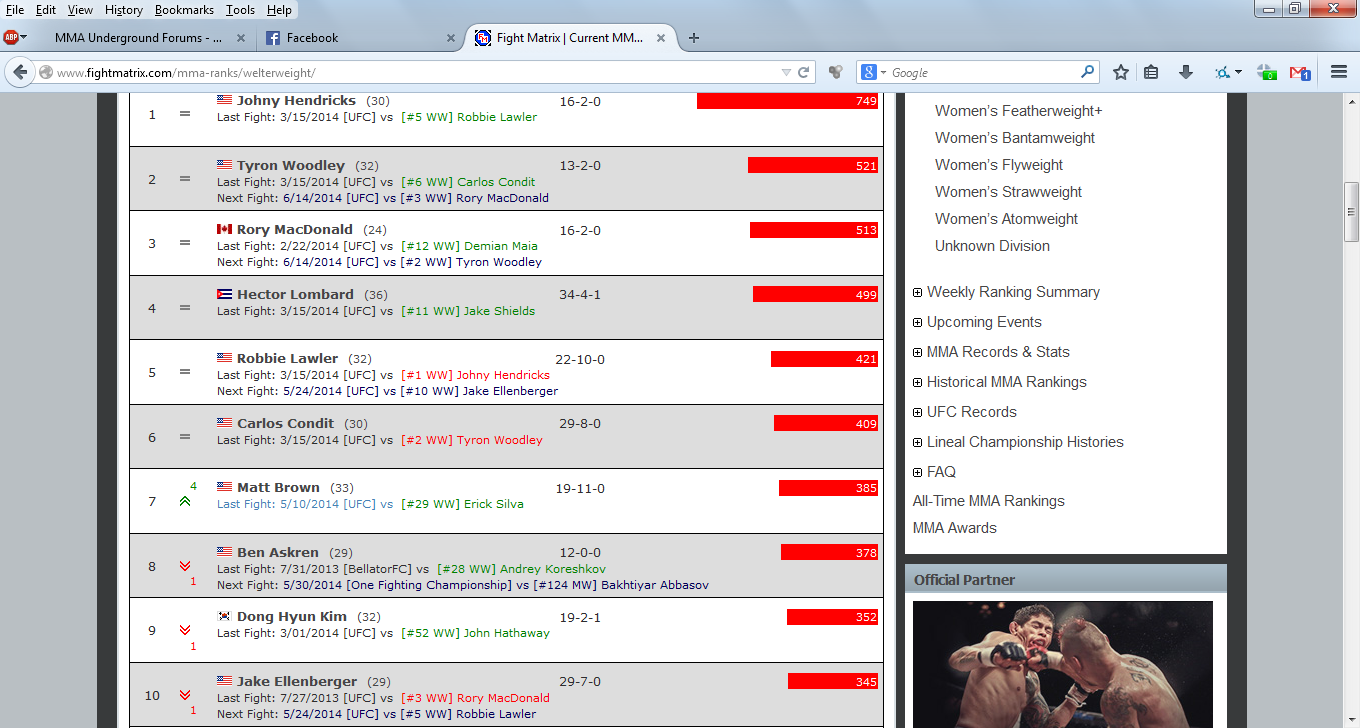 I would like to see some combination of Brown-Kim-Lombard fight next. Was hoping for Lombard vs Kim on UFC 175 but I doubt that happens now.

If it ain't Dutch, it ain't much - I would like to see some combination of Brown-Kim-Lombard fight next. Was hoping for Lombard vs Kim on UFC 175 but I doubt that happens now.

Fuck yeah, that's be sick watching all three fight each other next week