Latunski, 52, appeared before Judge Matthew J. Stewart of the 35th Circuit Court Thursday, Sept. 22, and pleaded guilty as charged to open murder and mutilation of a body.

A degree hearing will be held on Oct. 18 to determine whether Latunski is convicted of first- or second-degree murder, or manslaughter.

Latunski was originally charged with open murder and mutilation of a body in December 2019, days after Bacon’s mutilated body was discovered inside the basement of Latunski’s Bennington Township home.

Bacon, of Swartz Creek, was stabbed, his body hung from his ankles, his throat cut, and parts of him were eaten, according to prior reporting by MLive, which cited police who searched Latunski’s home. His body was found on Dec. 28, 2019.

With his conviction, Latunski faces a possible life sentence.

Latunski on Thursday admitted to stabbing Bacon in the back while the two were at Latunski’s Tyrell Road home in Bennington Township.

After Bacon had died, Latunski said in court, he removed part of his body and took them to the kitchen.

The plea came against the recommendation of Latunski’s attorney, Mary Chartier, who had indicated that she was interested in using an insanity defense at trial. 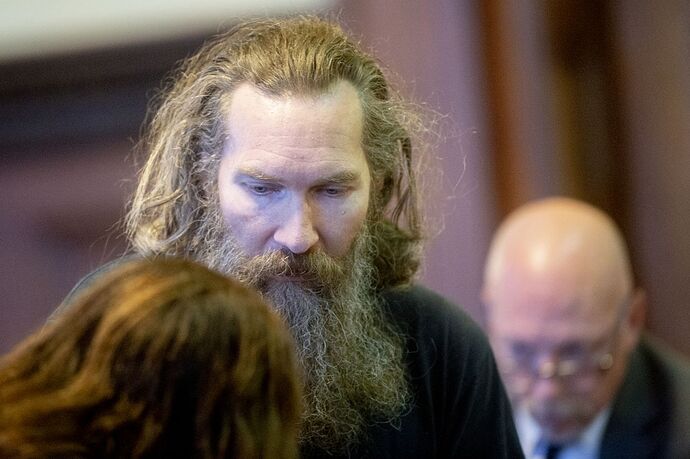