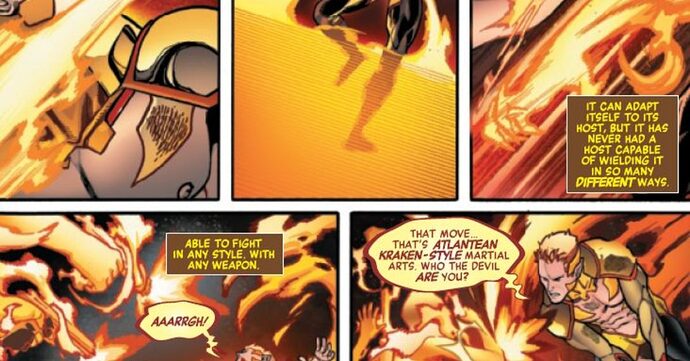 Today sees the finale of the Enter The Phoenix storyline, defining the new host of the Phoenix force in the Marvel Universe. The tournament between

Not sure what happened to Jason Aaron. Feels like everything he wrote after…dunno…maybe his Thor run, has been rubbish.

I read a little of the character who’s now the Phoenix back in the day, and liked the character, happy the character is going to get some attention, but this makes no sense to me at all. None. (I know that sounds odd, but I’m trying to avoid SPOILERS)

The phoenix has always been a shitty plot device and it never made sense.

Not sure what about that doesn’t make sense but yeah, Phoenix always sucked. I can’t believe Fox tried to do the Phoenix Saga twice!!! Two films of Jean fainting and then killing everyone…

Not sure what about that doesn’t make sense

Where to start?
The Phoenix has (up until now) had mutant hosts. Specifically, mutant hosts that had psi abilities. This current character is neither.

The Phoenix is vastly powerful and generally seen as a destroyer of worlds. Entire civilizations had, as a general rule, find the Phoenix and kill the Phoenix. The Avengers, specifically, fought a f******* war against the X-Men to kill the Phoenix last time, but now everything is ok?

I’d really like them to abandon the Phoenix, and especially the Dark Phoenix plotlines.

So tired of it