Mayweather and Paul's actual purse - not what people keep quoting

I know it’s fun to shit on the UFC about their pay scale, and to point at Paul and say “he made $20M, and Francis makes less than 500K lolz” but the fact is, their pay was vastly different than the internet memes.

Meltzer estimated 600-650K buys in the US, no worldwide numbers were reported…given that the event took place at about 3am on a Monday morning in the UK, and early on a Monday morning (meaning the fucking work day) for most of the world, I don’t expect huge international numbers either.

But for fun let’s say they did enough internationally to get this to 1M buys…at that number here’s their payout:

Certainly not bad money, but a far cry from the $100M and $20M circulating on the internet.

So this brings me to my ultimate point…how angry should a guy like Francis Ngannou be about this? We’ll never know what these champions make with PPV revenue factored in, but Jon Jones talked about how it was bullshit that he was making 2-2.5M for some of his earlier title defenses. He’s never sold a million PPVs, and though he’s still a solid draw, some of his earlier ones were in the 500-600 range.

If this Mayweather vs Paul fight sold 550K buys, Logan Paul would make $3M…and I get that he’s not a world class fighter, but he’s a fucking celebrity fighting one of the best boxers of this generation (or all time if you’re a big Floyd guy). We’re pretty clearly not comparing apples to apples here.

I’m not saying the UFCs pay scale doesn’t need work…I think it does, but I also don’t think it’s fair to compare the fake numbers thrown out for publicity (100M and 20M) to the disclosed UFC numbers that don’t include any PPV revenue. I assume Francis will make in the 2.5-3.5M range for his next fight (assuming it’s Lewis and not Jones, he’d make more for Jones as it’d sell better). Should Francis and Logan Paul make the similar amounts of $? Depends on how you look at it…if Paul’s brand is bringing extra buys, why wouldn’t he make more?

I see people laughing about Ben Askren making more $ with Triller than in any other fight of his career…as goofy as it was, he headlined a PPV that did 1.5M buys. why wouldn’t that be the best payday of his career? He was never a PPV headliner for the UFC, was never even a co-main on a PPV…why would anyone expect Ben to make more $ for a mid-PPV fight than headlining a PPV that did 1.5M buys?

I don’t get why people don’t understand this.

People on the internet are absolute clowns.

Still, for Logan Paul to make $3 million is enough to upset UFC Champs who make much much less on similar # of ppv buys

Nobody is gonna be satisfied. Each side thinks they deserve more money

Still, for Logan Paul to make $3 million is enough to upset UFC Champs who make much much less on similar # of ppv buys

Nobody is gonna be satisfied. Each side thinks they deserve more money

The argument used to be, “boxers get paid more than UFC fighters”.

Average UFC fighter is making much more than the average boxer now. Since the old metric is no longer valid, the new argument is percentage of revenue.

All UFC champions should get at least 10% per PPV buy and challengers 5%. Make the belts mean something. According to reports they only get about 2-3% now (and only if the PPV sells a certain amount).

So you think Francis Ngannou would make less than $3M for a fight that does 550K buys? I saw it reported that Khabib made $10M for the Gaethje fight that did 660K buys, Jon Jones talked about making $5M for his DC fights that sold in the 800K range.

If Ben Askren ever headlined a UFC that did 1.5M buys, he’d make much more then the “almost a million dollars” he spoke about making on Triller.

I think the issue lies with the other high level guys who aren’t champion. For example, a guy like Paulo Costa, or even someone like Wonderboy Thompson. If you lose in a title fight, you’re making $300Kish in your next fight instead of millions. That’s gotta be tough…look at a guy like Chandler. Instead of fighting the winner of Conor/Poirier on PPV for multiple millions, he’s gonna fight fucking Gaethje for 300Kish. Ouch.

The belts mean a huge amount, see my post above.

I can see you just know so much, that nothing anyone else says will matter lol

Anyways, main event boxers still get much higher % of the income, its not even close

The guys u mentioned are established Champs or HWTs though

It definitely says something about the pay structure at the UFC.

Yeah he probably makes a killing off of sponsors. Hell I remember someone saying years ago that he even negotiates a percentage of concession sales at the venue.

Do you think if Dana offers the fighters medical it will make a difference? Also with the new venom deal do the fighters get anything?

Yes, because those are the guys that headline UFC PPVs. If the UFC made a PPV with no champions and no stars (like a masvidal, Diaz etc) the PPV would sell poorly. Paulo Costa is complaining about pay, but if the UFC used Costa vs Connonier as the headliner with Chan Sung Jung and Dan Ige as the co-main, it doesn’t sell.

If we look at Dana’s point to Costa about “maybe you should have created a youtube page” I get that it’s a snarky and annoying comment, but it’s true. Ben Askren has never been a hugely popular PPV headliner. If he was, he would have headlined UFC PPVs and sold a ton. So it’s pretty obvious he wasn’t the “star” of the PPV when he fought Paul. Whether these Paul brothers have the skills comparable to world champions, or guys like Paulo Costa are irrelevant…Jake Paul fighting a retired MMA guy that lost his last 2 fights and never sold as a PPV headliner somehow did 1.5M buys.

It’s not at all fair for Paulo Costa to compare himself to those guys, frankly. They bring in much more revenue than he does.

He had ads on every inch of his body walking out 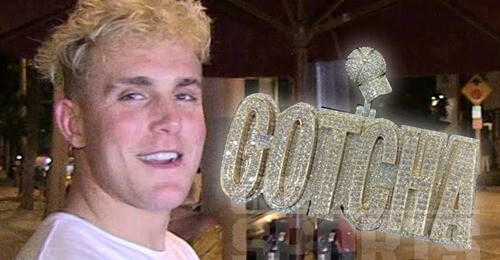 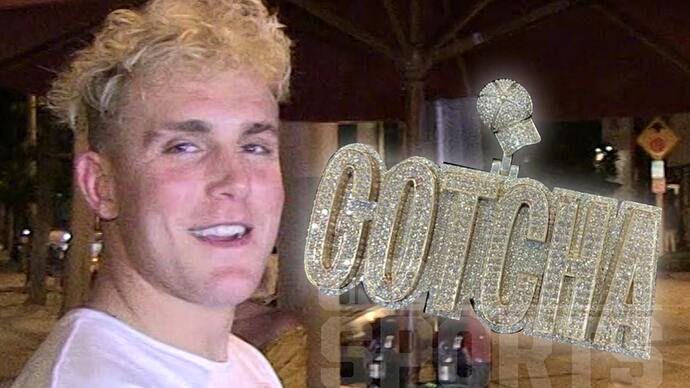 OP absolutely nailed this one

You’re correct, besides purse money, Floyd makes a ton of cash via Mayweather Promotions. They negotiate deals to get cuts on ticket sales, tickets to sell on the secondary market, food, beverage, parking, merchandising, sponsorships, foreign TV markets etc. That all funnels back to Floyd through Mayweather Promotions…And on top of that, Floyd has basically shielded himself from any financial risk due to his deal with Showtime. If his fight doesn’t sell, it’s actually Showtime that takes a big loss, not Mayweather Promotions. It’s quite an impressive business model Floyd and his team built.