Fool me once shame on you. Fool me twice…

I was on Conor’s team and Conor’s right hand man during the whole Pacquiao ordeal and lead up to the Poirier rematch. Conor wanted to stay active and wanted to fight. That much was absolutely true. Dont believe the bullshit. Conor was training to fight and wanted to fight. It was the UFC’s fault, and I know that first hand from being with Conor at the time.

The UFC kept turning down fights that Conor wanted. Dana would ignore Conor

Dana came out and said Conor “ducked” Khabib/Tony. That really pissed Conor the fuck off lol. Conor dealt with it surprisingly well though. The fact is UFC came to Conor at the last minute, and didnt want to pay up

Conor never had any intention of ever being a “replacement” fighter (for Khabib/Tony). Conor is the star. Who in their right mind would in the same position. There was a lot of heated shit going down behind the scenes

But remember, Conor is the 1 who called out Poirier. That was a bluff at the UFC and a negotiation tactic. “You wont let me fight? Ok, im gonna go box Poirier than go box Pacquiao. And im going to box Poirier for charity.” It was a brilliant move by Conor. The UFC couldnt say shit because than they would be going against charity. But unfortunately the UFC called that bluff and just made the Poirier fight in the UFC.

So based on whats happened in the past and the fact I was there with Conor and experienced what I did first hand, im willing to bet everything that this Mayweather rematch is another fugazi!

Conor again probably isnt getting the fights he wants. The UFC are probably being tyrant dickheads again. And Conor is putting another pressure bluff negotiation tactic on the UFC again. “Ok, than im gonna box Mayweather.”

Conor is very smart and very calculated about everything he puts out. Even his instragram which seem like “normal pics” are carefully constructed. This isnt a random thing. When ever Conor doesnt get what he wants he makes an announcment. I doubt Conor vs Floyd rematch is even a real thing, certianly not like it was for Pacquiao. In my years of being on Conor’s team never once were there ever SERIOUS talks for a Floyd rematch. It was always just something Conor hoped for. The Pacquiao thing was very real. That was serious and very close to happening. Not once was a Floyd rematch ever a real thing. So yeah, i would be willing to bet anything that this is another back and forth hardball war with the UFC, like the “Poirier boxing chairty match” was. I may not be on Conor’s team anymore but I know Conor. And i know how many issues the UFC were cuasing Conor behind the scenes. The UFC were really fucking Conor over. The UFC is pure evil. Lets be real, Conor can be an asshole too, but there were times when Conor was being reasonable and just wanted to fight and he deserved that, at the least

So yeah, I dont believe the Floyd rematch is a real thing at all. Im convinced this is to put pressure on the UFC and to force the UFC to give Conor the actual fight he wants “or else Mayweather boxing rematch”

ps I want to clarify, Conor always treated me well. Hes a good guy at heart, who happens to have issues like we all have issues. Im just saying that even though people can interpret some of Conor’s actions as Conor being an asshole, (and some of the times he did behave like one) that the point is, even if YOU want to call Conor an “asshole” too, that doesnt excuse how the UFC was treating Conor. If a cold blooded murdererer is mistreating a theif, does that suddenly make it ok? Can the theif not still be in the right? Its not possible for a theif to be mistreated? If you hate the theif for his troubled history, how much more should you hate the cold blooded murderer. In earnest you should not hate, and should instead pray for their salvation and that they come to Christ. The one who repents to Christ, treat him like your brother and forgive and forget

I would only care about this if it were in MMA 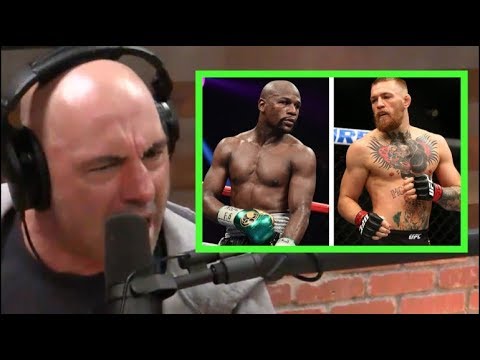 This match needs to absolutely happen

Who gives a shit at this point? I’d watch a free stream, but that’s it.
At least do MMA gloves or elbows allowed or one kick per round. Anything that would actually make it interesting.