McGregor Doesn't Go Down as One of the Featherweight Greats - Bisping 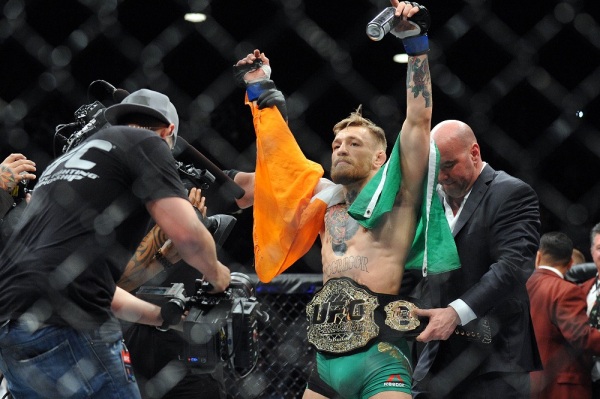 Michael Bisping: Conor McGregor had a crazy run, but doesn't go down as one...

“Whilst McGregor had a crazy run at 145, he doesn’t go down as one of the greats.” 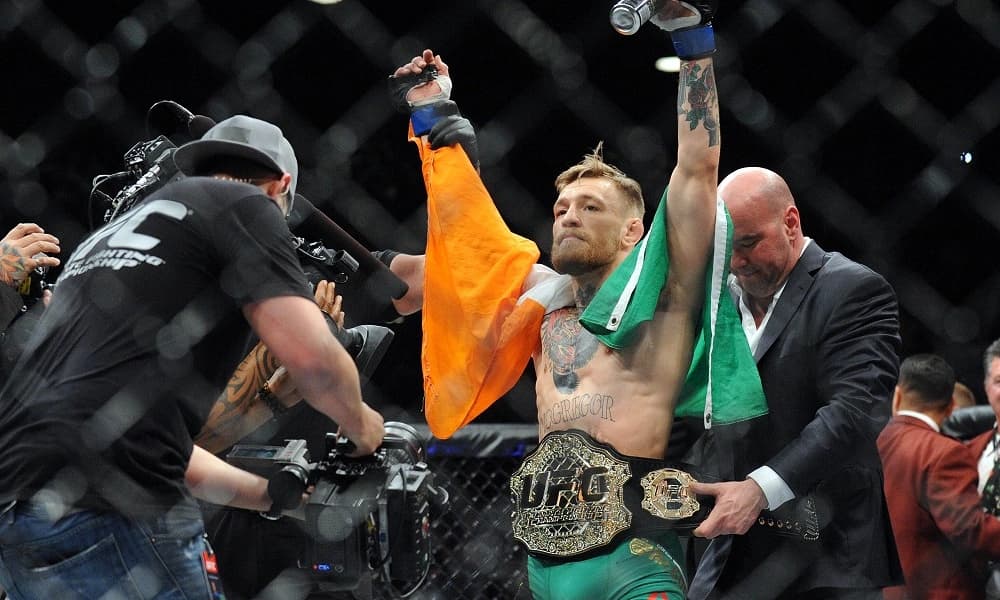 There was nothing quite like McGregor’s run at 145 pounds, in which he tore through the division and claimed the UFC featherweight title with a historic 13-second knockout of Jose Aldo to end the Brazilian’s nine-year unbeaten streak.

However, after capturing the lightweight title to reach dual-champion status, McGregor (22-6 MMA, 10-4 UFC) never defended either belt – which Bisping thinks puts an asterisk on his place in the UFC’s greatest featherweights of all time.

Instead, he thinks Alexander Volkanovski’s upcoming trilogy fight against Max Holloway could determine the best UFC featherweight in history.

“If Volkanovski pulls it off, he will then be, without a shadow of a doubt, the greatest featherweight that the UFC has ever seen,” Bisping said on his YouTube channel. “Of course, that was Jose Aldo, ‘The King of Rio’. Then Conor McGregor knocked him out in 13 seconds, but he then never defended the belt. He vacated and then went up to 155. So therefore, whilst McGregor had a crazy run at 145, he doesn’t go down as one of the greats.”

Volkanovski expressed interest in a move up to lightweight if he gets past Holloway, and Bisping is all for it.

“If Volkanovski gets the job done, he’s going to fight Charles Oliveira later this year,” Bisping added. “Double-champ, superfight, and I can’t wait for it.”

I would be way more interested in seeing Conor fight the top guys at 145 now then when he was in the mix.

How tf does he not? lol stupid ass take.

You can discuss the top 3 they’re interchangeable but Conor is clearly no. 4 it’s not that much of a debate.

Throw Pitbull in there maybe

He can in the top 5-7. Still considered top

Aldo is the fw goat in my book.

Conor versus Yair, Volk, Katter, Emmet would all be fun fights and more fun stylistically than a lot of lightweights.

Conor versus Yair, Volk, Katter, Emmet would all be fun fights and more fun stylistically than a lot of lightweights.

3 out of those 4 guys carry no large recognition at all and all 4 could likely beat Conor so he’ll agree to fight none of them.

I read “….agree to fight none of them” in Conor’s accent.

I read “….agree to fight none of them” in Conor’s accent.

Like an NCAA commit announcement, table with all their hats, Conor: “I’ve agreed to fight…fooking none of them!”

Then dumps the whole table and storms off yelling.

Whoever he fights, he desperately needs a win. If he plans on fighting Floyd again, he better plan on calling it after that, because that may be the end of his legitimacy.

You’re saying a man who fought 2 people who are generally regarded as the FW and LW goats avoids difficult fights?

Aldo is in the discussion at the GOAT in any division. How can anyone put Max, Conor or Volk ahead of him with a straight face