It turns out that a type of cell found in the human central nervous system that had previously been thought little more than a sort of "housekeeper" cell is actually really important for cognitive function. How did we learn this? A team of researchers used them to create mouse-human hybrids.

The cells are a type of glial cell -- neuronal support cells -- called astrocytes. These are star-shaped cells found in the spinal cord and brain -- and the most abundant cells found in the brain. They provide biochemical support for the cells that make up the blood-brain barrier, nutrients to the nervous tissue, regulation for the transmission of electrical impulses in the brain, even structural support. They're busy little guys; and, in humans, they're larger, more abundant, more diverse and more complex than in other species.

And, apparently, their role goes far beyond support.

"This study indicates that glia are not only essential to neural transmission, but it also suggests that the development of human cognition may reflect the evolution of human-specific glial form and function," University of Rochester Medical Center neurologist Steven Goldman said of a study published last year.

"We believe that this is the first demonstration that human glia have unique functional advantages," Goldman said. "This finding also provides us with a fundamentally new model to investigate a range of diseases in which these cells may play a role."

For the study, the team implanted baby mice with mature astrocytes. These cells took over, to the point where almost all the glial cells in the mouse's brain were human in origin -- and they had a measurable effect. Firstly, brain signals spread farther and more quickly than what's normally seen in mice -- closer to human brain activity. Secondly, long-term potentiation (LTP) -- how long neurons are affected by electrical stimulation, important for learning and memory -- occurred more rapidly and was sustained longer, suggesting improved learning capability.

Mature cells, however, have limitations. So for a new study, the team implanted into baby mice astrocyte progenitor cells extracted from donated human foetuses. These cells, unlike the mature astrocytes, divide and multiply -- completely taking over the host brain, limited only by its physical dimensions. Each mouse received 300,000 human cells; within a year, that number had grown to 12 million.

The result was a group of Jonathan Frisbys that were much smarter than their buddies. In one test, mice were trained to recognise a sound that was a precursor to a mild electric shock. The hybridised mice froze in place for four times as long as the control group -- suggesting that their memory was four times as long.

"These were whopping effects," Goldman told New Scientist. "We can say they were statistically and significantly smarter than control mice."

In another experiment, performed in parallel, the team injected immature human glial cells into baby mice poor at producing nerve-insulating myelin. The cells developed into oligodendrocytes -- brain cells that make myelin -- which suggested that the glial cells identified and compensated for the defect. This, Goldman said, could be useful in treating diseases such as multiple sclerosis, and he has already applied for a trial of the treatment on human patients.

The next step is attempting the experiment on rats, which are smarter than mice. This is already under way -- but NIMH is an unlikely scenario.

"This does not provide the animals with additional capabilities that could in any way be ascribed or perceived as specifically human," he says. "Rather, the human cells are simply improving the efficiency of the mouse's own neural networks. It's still a mouse."

Soooo you're telling me Planet of the Apes could happen?

Soooo you're telling me Planet of the Apes could happen? 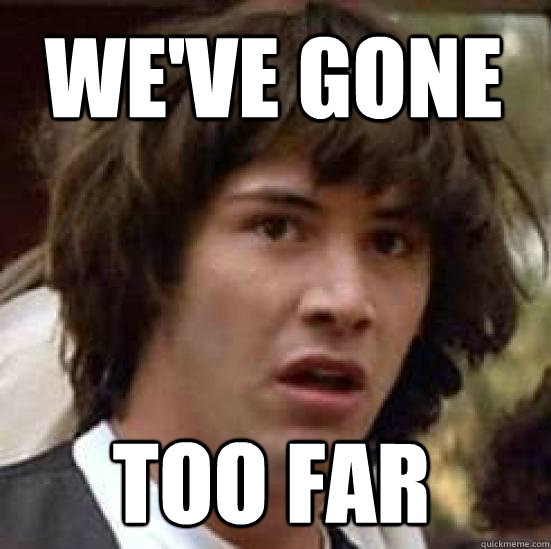