Any female fighters have a baby and come back as good? Really, I’m asking. Did Cat come back strong? Gotta take something out of you. I love cupcake but the fight career is over. Don’t mess up the new nose.

That definitely is part of it.

Tate’s road to victory has always been her toughness and grit. Even women’s mma has advanced to the point where that’s not enough anymore.

Her kicks looked even worse than her punches.
They either missed entirely or they’d land but had so little power that Murphy wouldn’t even react

Luckily a lot of places are hiring.

I am just saying maybe tate should call up ONE get that gig back .

we need bad striking gifs
Lauren being the older of the two fighters,38, she has retained her youthful quickness more than Meisha 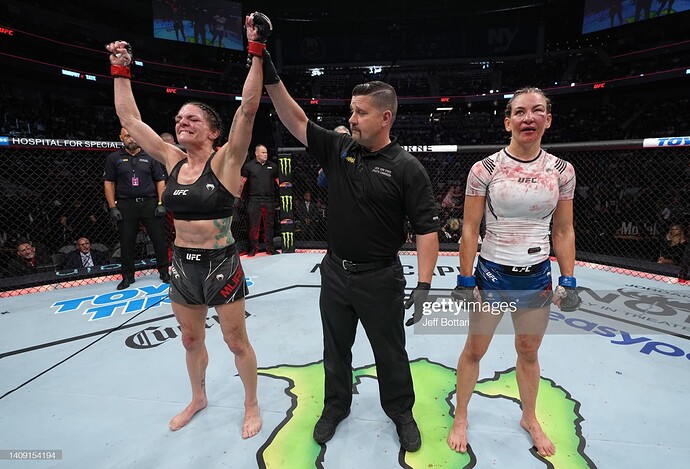 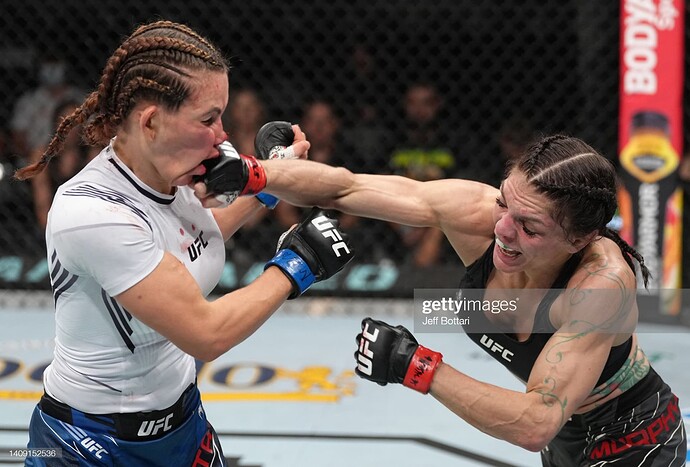 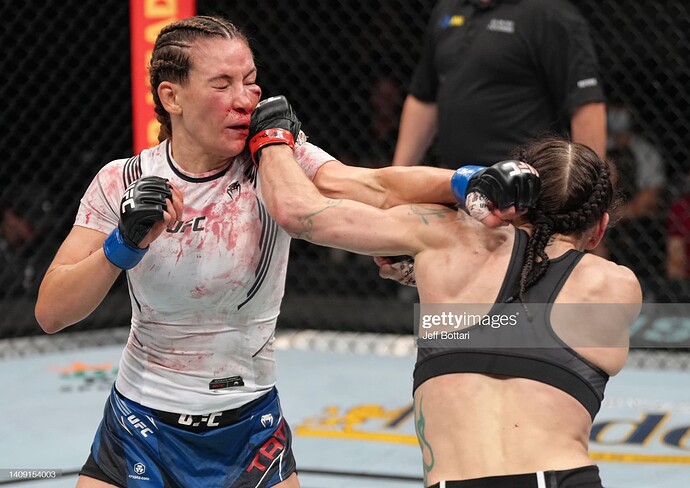 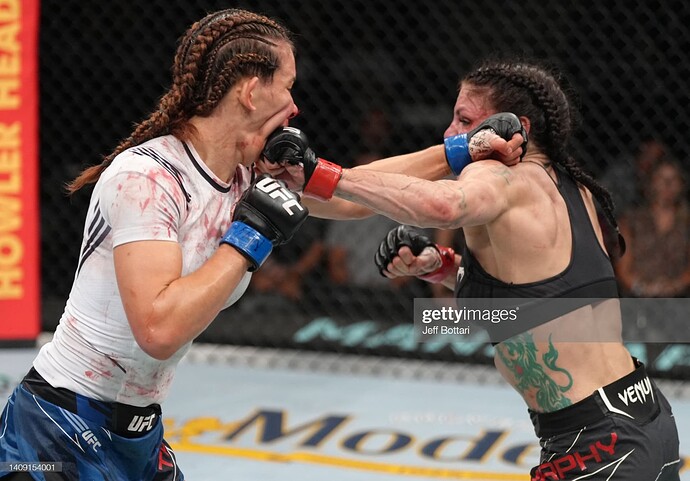 Thank God it was free.

Tate washed up years ago, who would have thought she still didnt win…

except in her pussy.

too many pad masters making her do combos

It is amazing how she how her striking has actually declined. Not that she was ever a good striker but she used to throw with more power. Maybe she can go to straw weight!

Amazed you guys actually watch these bullshit cards. They won’t fix them until the ratings show nobody gives a fuck.

This card had the fight of the year on it.

It wasn’t better than Jiri-Glover or Chimaev-Burns but it’s up there in the top 10.

Murphy is one woman fighter that I would be upset if any of her body parts were to be exposed.