“There’s generally nowhere that will agree to take them”

fly over pakistani anti france rioters and push them out of the plane.

tell them to count themselves lucky they got parachutes.

the time for fucking around is over. look what “mr nice guy” has gotten the west so far.

could you imagine being so cocky that you think you have the right to have massive riots in pakistan over French domestic policy.

Ship em back, give them as much respect as they give to others, which is zero.

why would anybody want this scum in their country.

Well, there are more mosques and imams and hooded women in a traditionally Islamic country like Pakistan, they would probably be much more comfortable there than in a country that is traditionally part of Christendom, whose indigenous inhabitants have rejected middle-eastern values and mores.

they’d be better off your correct… but at this point who cares they don’t seem to concerned about the well being of the French.

fuck em they can get out. enough is enough.

Show them “compassion” they see that as weakness and will respond with aggression. Very primative mindset. the french people are finally starting to understand this

These people funding globalism needs to be terminated. Europe is waking up, finally.

nobody is doubting me here but i had to put that in anyway in case anybody is.

That said I don’t think Frenchman are top of the warrior heap by any stretch. Just saying they are not pussies by any stretch. I’d love to say Scottish and/or Irish are at the top but if I’m being honest with myself I honestly think viking stock are the pinnacle. Go check out Iceland. only 200K population and they and they are GROSSLY overrepresented at the world’s strongest man competitions. Viking warrior genes.

This is basically crystal meth: 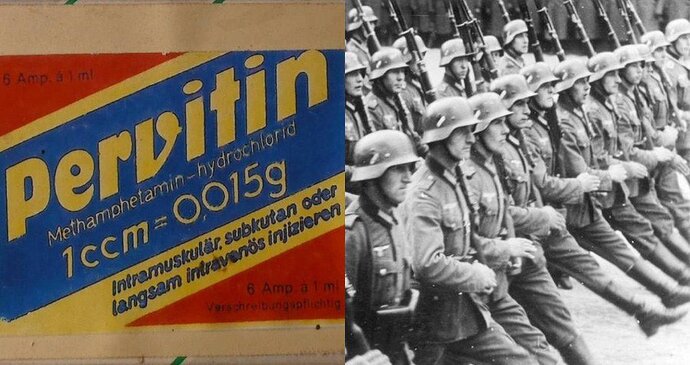 I find this interesting:

“ The tactic [Blitzkrieg] enabled the Germans to gain more territory in less than 100 hours than they’d achieved in 4 years during the First World War.

However, the element of surprise was critical to German success. The German generals who opposed the Ardennes route feared surprise would be lost since the soldiers would need to rest up at night. Yet, when the campaign was launched the soldiers relentlessly marched day and night to reach the French border in just a few days.”

“As Hitler’s forces fearlessly marched into France with crystal meth flowing through their veins, a new kind of war was being unleashed. ‘Blitzkrieg was guided by meth, if not to say Blitz was founded on meth,’ Medical historian Dr Peter Steinkamp is quoted as saying in Ohler’s book.”

goering was a hardcore morphine addict, hitler was on all kinds of shit. People really didn’t know how bad it was. American housewives took meth for weightloss up until like the 60’s I believe.

thats not me siding with nazis, thats me being real.

“There’s generally nowhere that will agree to take them”

fly over pakistani anti france rioters and push them out of the plane.

tell them to count themselves lucky they got parachutes.

the time for fucking around is over. look what “mr nice guy” has gotten the west so far.

These kinds of stories are so important because so many dudes who basically have solid politics are black pilled and its a sad thing to see.

Part of the plan with globalists is to flood nations with so many migrants that thier votes simply destroy the national soveriegnty of the native population. Guess what if they are going to play that game then we can also throw out the rulebook for their game.

Either the military or an armed population can simply say anybody who doesn’t belong to historic france/Britain/America simply doesn’t get to vote in elections and/or can/will be sent back.

its brutal yes but guess what mass migration has be weaponized so why can’t we weaponise back.

TexDuece is on this thread, I’m not picking on him becuase he basically has very good politics (a bit mainstream at times but still 99% good). But god damn the poor guy is blackpilled sometimes. Just because a place is flooded with foreigners doesn’t mean we have to lay back and take this shit from the globalist powers that be.

Like I said the nationalists in the military or nationalist armed citizens can step in if globalist oligarchs are going to weaponise mass migration like that. Nationalists are not going to lie back and simply allow thier nation to be destroyed

Also for anybody that is blackpilled please check out what denmark is doing in shipping refugees the fuck home. And guess what even the left wing in denmark agrees with this!!! Its bipartisan denmark for the danes!!! 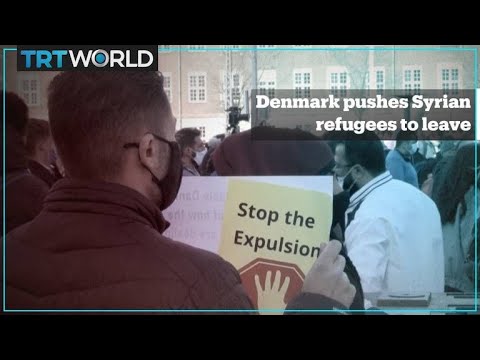 ^^for anybody who watched the above videos and feels bad for these people remember the MSM wheels out the very very few women and children with sob stories. the overwhelming majority of refugees are military age males who have gone on a crime/rape/terror spree in europe. they deserve ZERO sympathy. The msm distorts who these refugees actually are by cherry picking women’s sob stories. these a males who have fled to europe to avoid having to fight for thier own country and to get “free stuff” from sucker white boys.

France has had massive global cultural influe ce for a very long time. I am super happy to see them put their balls on the table, set an example for us soft as fuck north American sons of bitches

LOL…what a LOAD OF SHIT.

It’s what I’d expect from the Ancient Aliens channel.

It’s sooooooo awesome to FINALLY see some serious pushback against the globalists. It’s NOT hatred of immigrants or individuals, not matter what bleeding heat leftists and MSM try to paint this as, but of MASS immigration, often from incompatible regions, totally changing the demographics and very fabrics of our societies irrevocably. It must STOP now. Who asked for this among the people? Why did it happen so fast and only in Western nations?

This is obviously not a coup d’Etat but still some serious stuff!

Which part? That the German soldiers were hopped up on meth or that they bypassed the Maginot Line in an absurdly short amount of time?