I got this in an e-mail talking about tonight's XKK show...

Has anyone heard of this before? When are they holding cards? Is it going to be a midwest promotion?

It seems like a pretty cool idea but i know the Iowa guys are tied in pretty close with Extreme Challenge and a lot of the other Iowa shows... ??

Miletich Kage Kombat is going to start promoting MMA events around the US in towns where they have affiliate schools.

Along the same lines, where are all of the Miletich affiliates?

It would be interesting to see how that pans out. I've never seen a show run with all fighters from the same school picking opponents... I don't think it can work because everyone being brought in to fight knows that they are going to be meat. How would they do their belts?

Or i might be completely wrong and it could be a huge success. I always thought MFS was in pretty tight with EC.

Not saying that they'd only fight cans, but a non miletech guy coming in would know that he's being brought in to showcase another fighter.

may be a good point there

Jeff Ford is on the WFC card July 1st.  Is WFC now a Miletich affiliate?

Barrister how serious a question is that - are you being an ass or are you just trying to be seen?

"Will they have fatalities?" 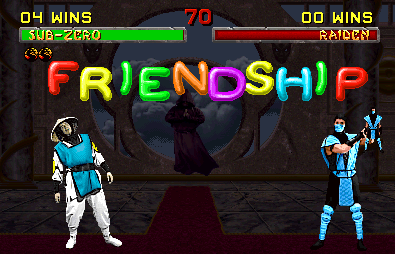 It won't be just Miletich guys on the show against other camps. The shows are a concept right now, nothing is concrete. One more thing, it wouldn't be called Miletich Fighting Championship, Dana would have a fit and I'd be in court faster than a pig runs to mud.

You're making an assumption also assuming that they will not be set up fights. None of us know for sure but from what i've heard this should be a really good card. I'm interested to see how this takes off... almost all fight teams have a promotion that showcases their fighters but i don't think anyone's tried this on a national level yet.

I don't see anything wrong with debate and speculation. Any publicity is good publicity when starting up a new promotion... I can guarantee you'll see a lot more speculation than this with a MMA promotion coming out with Pat's name on it. Look at the IFL for example... there's been a million different rumors and such but nobody really knew for sure how the event would go until the 1st one happened.

Thank you for clearing that up. I was thinking how much in royalties would have to be paid to use fighting championships and if you decided to use an octagon :-)

Good luck with the show. It seems like a lot of information is starting to leak out from several different sources. I'm glad you're on here to clarify things.

If it's just a concept right now, is there a July show in Colorado?

"Is Jeff Paul involved in this?"

Good question... I know he just had a show last weekend in Redwing and i heard there's one coming up at Aldridge... how'd the Redwing show look?