The comment has since been removed. But Chappelle-Nadal confirmed to the Post-Dispatch that she had written it in response to another commenter before deleting it.

"I didn't mean what I put up. Absolutely not. I was very frustrated," Chappelle-Nadal told the newspaper. "Things have got to change."

According to a screenshot of the now-deleted conversation obtained by the Post-Dispatch, another commenter named Chistopher Gagne' was writing about a cousin of his who he said was on Trump's Secret Service detail.

"But, what I posted earlier, I truly believe will happen, sooner ... not later," he wrote.

In a subsequent interview with the Post-Dispatch, Gagne' said that wasn't a reference to assassination, but to his earlier-stated belief that Vice President Mike Pence will use the 25th Amendment of the Constitution to have Trump removed from office.

"Damn," Gagne' then wrote, "now I'll probably get a visit from the secret service smdh."

Chappelle-Nadal responded: "No. I will. I hope Trump is assassinated!"

In an interview, Chappelle-Nadal said her comment stemmed from frustration over the events in Charlottesville, Va., over the weekend, in which a white supremacist protester allegedly rammed his car into a group of counter-protesters, killing a 32-year-old woman.

Trump's reaction to the tragedy, which included the assertion that "both sides" of the protests were to blame for the violence, has drawn criticism across the political spectrum.

"I put that up on my personal Facebook and I should not have," Chappelle-Nadal said. "It was in response to the concerns that I am hearing from residents of St. Louis. I have deleted it, and it should have been deleted, but there is something way more important that we should be talking about."

On Facebook, Gagne identifies himself as an "investigative journalist covering police misconduct and shootings," and the head of a group called the United States Prisoners Rights Defense League. Chappelle-Nadal said she knew of him from his involvement in protests during the unrest in Ferguson. 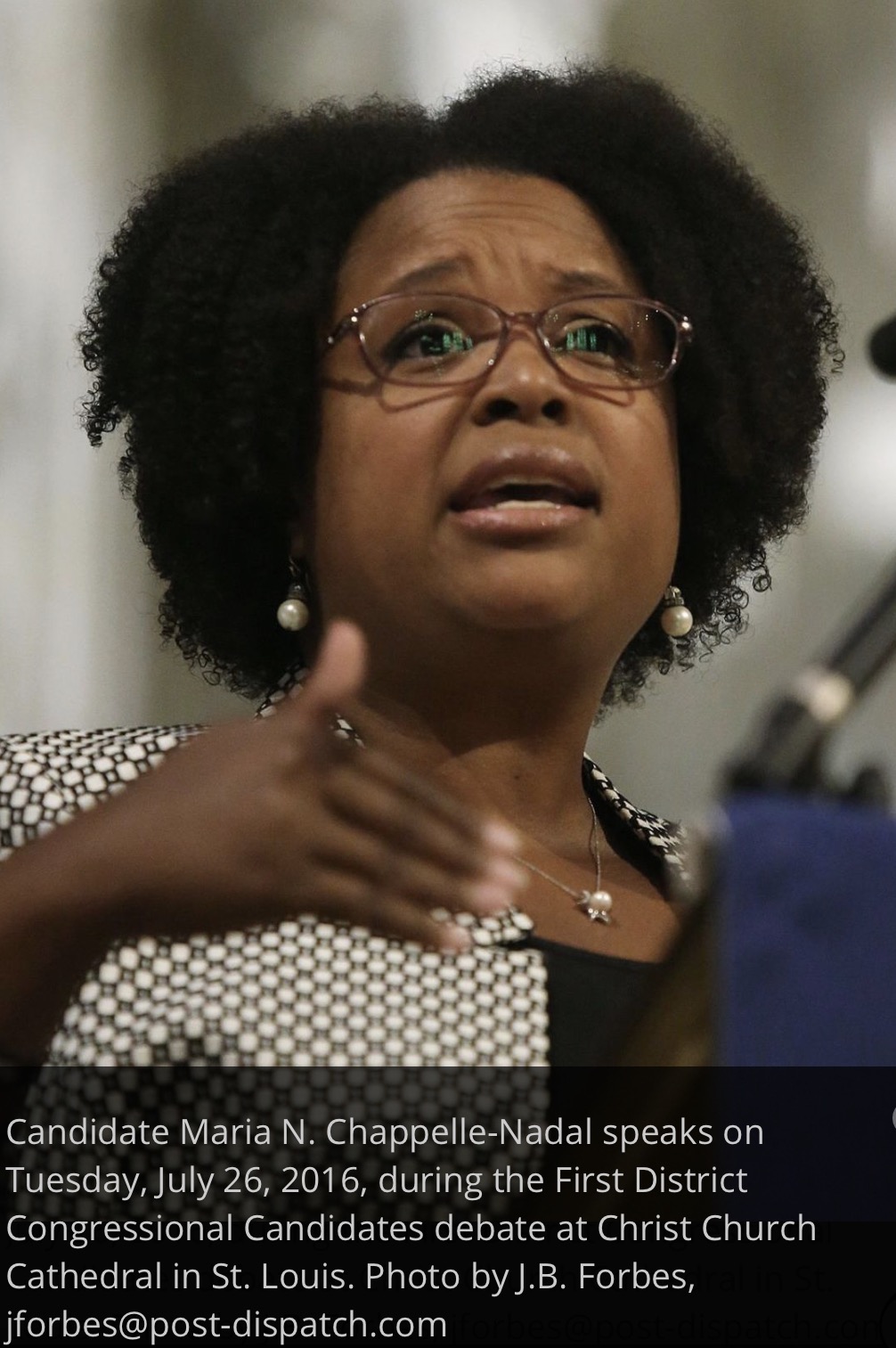 This worthless hoodrat stirred up all kinds of shit in Ferguson.

Disgusting, hope the secret service fucks with her during their visit.

Hope in one hand and shit in the other.

what pisses me off is this is happening all too often.

The word around here in St Louis was that she was a gangsta bitch back in high school.

What in the actual fuck?!?!? How are illegal retards like this allowed to get away with this bull shit!!!???

I guarantee she would have been very forgiving if a Republican had made a comment on Facebook about assassinating Obama.

".....but there is something way more important that we should be talking about."

Certainly not me calling for the murder of our President...please lets not talk about that.

That bitch is actually a Senator....smfh....i wanna be a Senator if that is all it takes. After her comments she should resign or helped to resign. Doubt that will happen though. She isn't white enough.

To be fair, both sides are to blame here.

WTF??? she needs to be arrested