MMA referee Mike Beltran: 'There's things I wish I could take back' 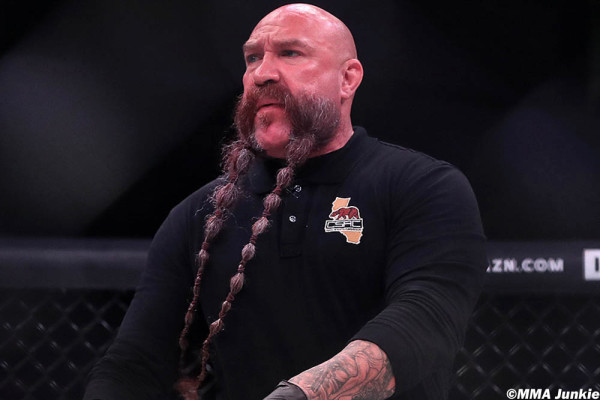 MMA referee Mike Beltran: 'There's things I wish I could take back'

MMA refereeing is a difficult and often thankless job, but Mike Beltran thinks it’s an important part of maintaining a high standard.

Beltran is one of the premier referees in the sport. When he’s not the third man in the cage, Beltran often can be found sitting right outside the cage walls providing scorecards as a judge.

Refereeing is what most will know Beltran from, however, since he styles a legendary braided mustache and has been known to be sound when it comes to his in-fight decision making. Within the past few months, Beltran has been brought on to the referee crew for the Nevada Athletic Commission, and at UFC 263 in June oversaw Brandon Moreno’s title-winning submission of Deiveson Figueiredo.

Moving up his position in the pecking order of top MMA officials hasn’t been a quick development for Beltran. He’s been involved in the fight game for well over a decade, but said that slow burn is essential for anyone involved in the job, because it takes many years of practice to be sufficiently prepared for the countless scenarios that can happen in a fight – and sometimes even that doesn’t eliminate every error.

“To work your way to the top and get a title fight, you have to pay your dues,” Beltran told MMA Junkie Radio. “You have to have repetition, you have to make good calls, you have to have other officials support you and take their constructive criticism and take it well and don’t be retaliatory toward it and argue. … This sport here, the officials – it’s a good thing everything is videotaped so you can go back and watch it and learn. You’ve got to pay your dues. Nothing is going to happen overnight.

“If you’re that guy or girl who wants to get into this whole thing for a sense of entitlement, you’re going to get exposed. Because even at this high level, we still make mistakes. There’s things I wish I could take back that I’ve done. I wish I could get a re-do. We’ve all talked about it. You’ve got to pay your dues. Then the commissions eventually develop trust in you. The fighters have trust in you – they believe you’re going to make the right decision, which is paramount for the safety of the fighter. It takes time, and you don’t rush the process. If you rush the process, it’s a recipe for disaster.” 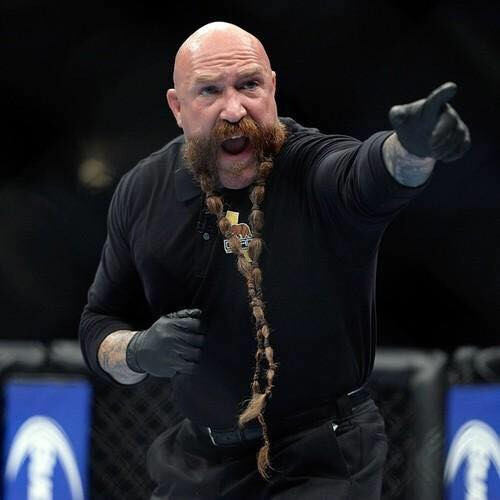 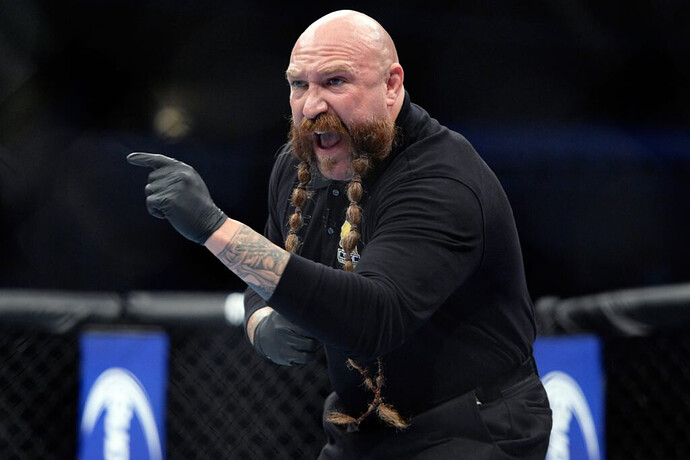 Used to ref at KOTC in the early days 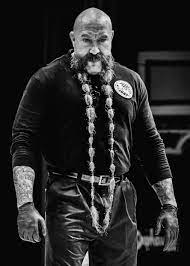 Mike is a bigtime Raider fan & he also reffed Strikeforce Challengers and Wargods.This pic is at Bellator. 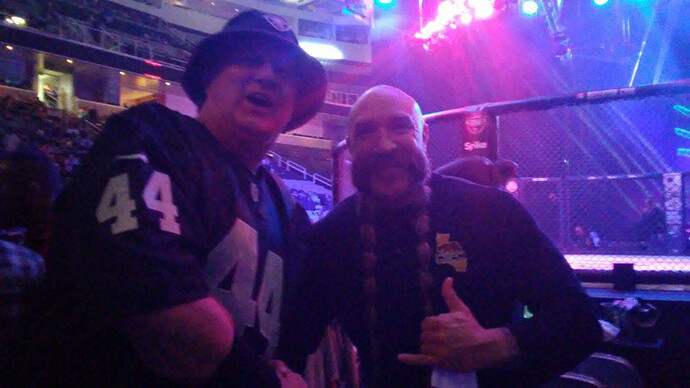 I believe he still does the kotc shows . The last time they were in my hometown before covid , he was reffing

He is a BadAss Every damn iron maiden show in socal we somehow run into him. Always seems like a good guy.

Great ref and has been for years, I feel like I see him reffing all of the MMA shows I watch. Seems like a nice dude.