Am I the only one here that loves these fucking books?

Whether you prefer fiction or non-fiction there are a ton of good mob books. I may have read them all. Here's my list:

1. Wiseguy (Goodfellas is based on this. If you like the movie you'll love the book)

Is Underboss good? I was so close to buying it the other day but i got one on Gotti instead

The Valachi Papers, about Joe Valachi, I think he was the first mob 'rat'.

Underboss is pretty interesting. It's no Godfather or Wiseguy, but good if you like mob stuff.

Thanks for the other suggestions, the Contract Killer one sounds cool. (TheHawker should make a scrapbook of it!) 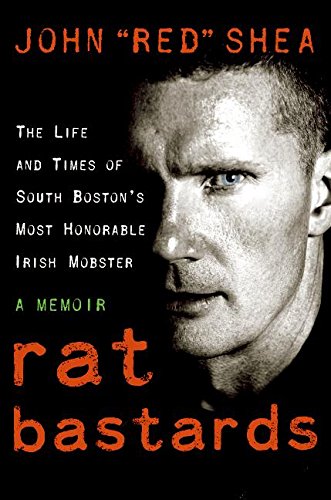 Check out The Westies by T. J. English. Its about the Irish mob in NYC. Really good!

How was the Gotti book?

Was the film Casino based on a book similar to Goodfellas?

Of all the mob/mafia books I've read, "Joe Dogs" was one of my favorites.

He's not a household name or headline news making, but he tells his story from his low/mid level soldier point of view. I remember his book being one of the most entertaining...

I read one on the Irish Mob. I can't even remember the name of it. Pretty unremarkable really but I tried. Whitey Bulger maybe.

The westies is really good

Tough Jews is a great book, also, I Hear You Paint Houses.

Not Italian mafia, but if you're into organized crime, I hear Tokyo Vice is good. It's about the Yakuza. The other Yakuza book I actually did read was Tokyo Underground

The Vellachi Papers is a really good mob book.

About the Brooklyn based group of enforcers who allegedly did hits on behalf of the mob across the US. Interesting read

story of famed contract killer Richard Kuklinski. he worked for several of the Italian crime families in the New Jersey area during the 80's. most of his killing were for people who owed money, offended mafia members, etc.

he was eventually caught and charged with 5 murders (including a cop), but Kuklisnki himself claims to have killed between 100-200. most of his murders we're very gruesome, including shoving credit cards in spots that certainly wouldn't draw money, and feeding people alive to rats.

it's a creepy book, but it's very interesting. on top of the murders, Kuklinski was a pretty high class criminal, earning millions stealing money in switzerland, amongst other fraudulent activies abroad.