Moving away from sport BJJ

Here is something I learned from Releon a long time ago. In VT striking…make ot count. He called it “De spice”. Too much spice screws up the pot of stew…basically use striking to do damage and not just willy-nilly flailing or you lose positioning.

When I was training or teaching I hated to see people flailing stupidly. I struck with precision, power to accomplish damage. I sometime wouldnt even hit my partner when I had them in a pin I would impact powerfully the the mat next to their head or I would just have my arm cocked for sevwral seconds illustrating that I have them controlled and can strike with power whenever and however I wanted. When we I did hit with some power or elbows, etc they jad headgear on.

Palm strikes were my favorite and trained to hit hard loke that…closed fist not so much. Yea for 80s hard karate training🤣

That guy will never get to live that down.

Leglocks set up from the top have a much better chance of working in that scenario compared to those bottom entries.

(Video) Guy tries jiu jitsu in a bout on Concrete - Lives to regret it »...

There are many wonderful things about the so called gentle art. The spirit of Brazilian jiu jitsu is meant to enable the weaker opponent to help defend himself against someone…

(Video) Guy tries jiu jitsu in a bout on Concrete - Lives to regret it » Calfkicker.com

That’s rather stupid though. One of the chances of you getting into an altercation near a fence like that is so slim to none. Second who willingly please bottom in a fight?

Here is a counter to your video 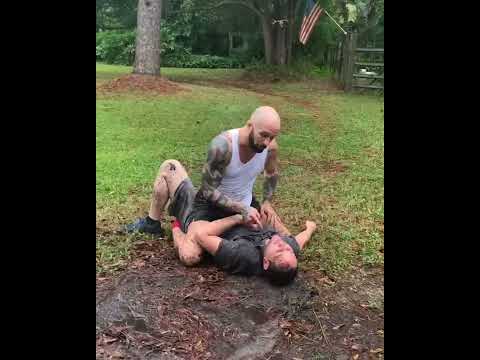 WARNING: Graphic language and perfect technique! One of our GST graduates sent this to me: “BJJ black belt, friend of mine. After the subject on narcotics sh...

Bjj should be a last resort. 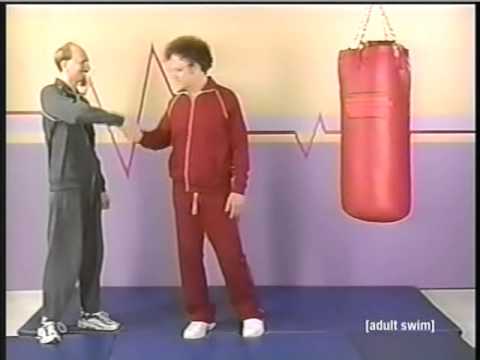 Bjj should be a last resort.

Ill agree to this depending on the situation

I was just posting a video that was relevant to the discussion. I am not sure why the guy pulled guard or attempted to play footsies while getting stomped on.

That’s what I said to Relson in his prime, “man you’re stuff is bullshit. All those Hawaiians you beat up when you’re literally half their size. Total bullshit.”

What about relson’s “prime” isn’t some second hand anecdote story just like his dad and uncle used to tell?

How do y’all keep drinking the koolaid?

Lol, because I knew guys who trained with him back then, one of them very well.

But no worries, you keep thinking the Gracie Revolution (and this includes the whole family imo) wasn’t real, that you can still win fights without bjj against someone like Relson in his prime, and that ALL the stories, told by countless people at this point about Relson’s street skills, are all just koolaid.

Somebody is drinking that sickly sweet liquid, but it ain’t me. I’ll let you figure out who’s left in this convo. that might be the koolaid guzzler.

I like jiu jitsu and gracie carnie tall tales are largely exaggerated bullshit or straight up misinformation.

Both can be true.

You’re letting the blowhards and con men like Rorion and Rickson cloud your judgment. Carlson, Relson, all of Robson’s sons. Hard to argue their lives have been exaggerated.

End of the day I didn’t spend time with these guys and neither did you, so this conversation is pretty meaningless, I just wanted to fuck with you a bit. Gracie haters make me laugh, Rorion and his sons are the outliers. Rickson is too full of himself not to make up shit like ever having beat Rolls or being 400-0. Don’t get caught up in their bullshit.

LMFAO…I been on the receiving end of Relsons VT as a class dummy. I learned at least some of his entries, takedowns,striking and philosophy. How much?..I dont know, I was only in that class for 3 or 4yrs.

I will state, and done so many times, I dislike much of the SD stuff. You state you “like jiujitsu” …I actually dont like it despite doing it for more than a few yrs

A guy told me he saw two locals fighting. A smaller guy dropped for an armbar and waited for a tap. The bigger guy decided to lift the guy while curling him, he walked over to a lava rock wall and power bombed his back into it. The witness thought the guy was going to die

Let me give you my thoughts on this.

Stand Up Training:
I think it is important (and you already write it) that you shouldn’t just add bad striking in the mix to make things more well-rounded. What is important is to focus on the major goal of BJJ in Stand Up Fighting:
NOT GETTING HIT. So when working Drills for Closing the Distance, Striking, Pisao Kicks, etc. the Focus should always be on keeping distance, understanding distance, manipulating distance in order to find the right spot to attempt to clinch. With this in mind, you can create some good stuff for your guys.

Clinch:
In Clinch, I would focus on a few high percentage things, especially the Body lock because for a non wrestler, the body lock is the best thing to work from. You don’t have to think too much and can keep the Clinch tight. From there work the most important takedowns. As in stand up work with the idea of not getting hit while clinching and don’t think about exchanging punches from the clinch. This will lead to the right mindset and moves.

Ground:
Personally, I never trained with the Gi so only No-Gi and a very “simple” style. Doing a lot of Closed Guard, 2 on 1, Overhooks, Pressure Passing, Smashing Side Control…For me, it doesn’t matter much if my opponent can punch or not because I usually always hold him close or occupy his arms in a way that he can’t strike.

Overall strategy:
If you really want to put the fighting stuff into BJJ you should consider things like how to handle bites from close range, how to prevent people reaching in your or their pocket, and stuff like this. Prevent people from pulling weapons, while in Close Range, etc.

That´s some short ideas what you can do.

I agree with much of what zero states, but again BJJ weakness it seems wholly fucused on getting things to the ground.

A BJJ should beable in many cases CHOOSE to go to the ground OR NOT!

My points Ive made here and in other threads about using gripping, w/wo gi, kuzushi, high-line attack etc need to be trained so as to move put an opponent into/over/through obstacles. Likewise, striking in the clinch and ground to create kizushi or to do damage and/or disengage is important facet of SD. Primary goal of SD is what…to submit!!!..not get hit!!!..survive!!!. IMHO primary is to escape! Putting a guy over a curb, fire hydrant, onto traffic or a window or bounce them into the corner of a building accomplices all that without primarily seeking going to the ground.

Saturday morning training we worked doing just that before workong chokes, positioning, guard, etc. To me, that is the most glaring issue about jiunitsu claiming to teach SD…followed by kata-like bullshittery and not progressive development of technique beyond the fuckery of the SD curriculum. We have so much innovation in monkey-fucking aspect of jiujitsu, but WTF happened to the fighting/defensive aspect of it!!!

Why did I start training jiujitsu?..because my friends that were involved in training police recruits started doing it. At least 4 of my partners had roles doing that. Jiujitsu is “fight first” IMHO…the base should be that, and monkey-fucking second.

Where did you get your black belt if you’ve never trained in the gi? I ask because I prefer no gi, but I never learn anything at my local 10th Planet school. Awesome, high level instructor, a lot of his guys seem to be phenoms and are solid blue belts in less than a year, but for me none of their shit clicks so I gave up on them as a place to train bjj for fighting-or as close to it as you can get.

And my local Carlson affiliate that does gi/no gi “seasons” will go back to gi at the end of summer, leaving me with few options for no gi unless I want to do the once a week crap so many of them do.

I ask about your black belt because I’m moving out of state next year and if there is a place that trains no gi as a fighting art I want to know where that place is.