za_kadyrova_95eng
Dear friends!
The bright UFC 242 @ufc fight show was held in Abu Dhabi. As part of the evening, 13 battles took place. Athletes from Russia took part in many fights, including representatives of the Chechen Republic. They prepared with all the responsibility for the tournament, trained hard, carried out testing techniques, taking into account the potential of rivals. But in martial arts there are results that do not always depend on the level of training of athletes. And now representatives of the Chechen Republican club "Akhmat" @akhmat_mma
Mayrbek Taysumov @ taisumov155 and Zubayra Tukhugov @zubairatukhugov held spectacular fights that were worthy of victory, but according to the judges, the result was on the side of the rivals. Good impressions remained from the fight of Liana Jojua @likajojua. I am sure that our fighters have the main victories ahead, there is no doubt about that! Today I again made sure that our mixed martial arts ACA @aca_mma league is the strongest in the world. It is more spectacular and uncompromising in the fights of high-class fighters. We will continue to work on improving our league. I congratulate the outstanding MMA fighter Khabib Nurmagomedov @khabib_nurmagomedov and the entire coaching staff headed by his father Abdulmanap Nurmagomedov @ abdulmanap.nurmagomedov on the defense of the champion title. We are also very happy about the victory of Islam Makhachev @islam_makhachev, Omari Akhmedov @omari_akhmedov, Muslim Salikhov @muslim_salikhov. I wish all our fighters good luck and further success! I express my gratitude to dear BROTHER, Crown Prince of Abu Dhabi, Sheikh Mohammed bin Zayed Al Nahyan @mohamedbinzayed for holding and the high level of preparation of the tournament! AHMAT - STRENGTH !!! # Kadyrov # Russia # Chechnya # Akhmat # Nurmagomedov # UAE 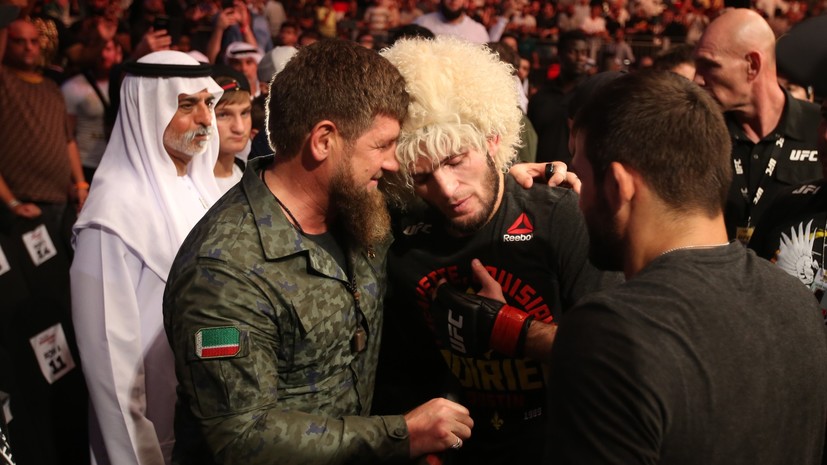