Abby Chenoweth was a healthy 16-year-old. The Titusville teen took virtual school classes and wore a face mask when she left the house. Her mom said she didn’t have pre-existing conditions, and she didn’t go out often.

But since Tuesday, she’s been in Arnold Palmer Hospital for Children’s ICU, fighting COVID pneumonia in both lungs.

Start the day smarter. Get all the news you need in your inbox each morning.

Aug. 25, Abby started to show symptoms of what she and her mother thought was a cold. Two days later, she started to feel worse. By Aug. 28, she wasn’t eating or drinking.

Sunday, she tested positive for COVID. She was not vaccinated.

While Abby’s mom suffers from diabetes and a heart condition – both conditions that make her vulnerable to COVID – she had been fully vaccinated prior to becoming sick. She said the combination of the vaccine and the treatment likely kept her symptoms to just a cough and a loss of taste and smell.

Abby only got worse.

Tuesday, Abby was so weak, her mother considered calling an ambulance. However, she was able to make it to the car, and Chenoweth drove her to Parrish Medical Center.

When Abby arrived at the hospital, her blood oxygen level came in at 43% in the emergency room, her mom said. A healthy range is 95-100%, according to the CDC.

With a chest x-ray and CAT scan, she was diagnosed with COVID pneumonia in both lungs and transported to Orlando Health Arnold Palmer Hospital for Children’s ICU.

Ever since then, a BiPAP machine has helped deliver her oxygen.

Chenoweth said Abby’s doctors told her that if she hadn’t brought Abby to the emergency room Tuesday, her daughter would likely be on a ventilator.

Chenoweth said things have remained stable with small improvements. Abby managed to sit in a chair for about 45 minutes Friday before going back to sleep. As she slept, her IV delivered medications to prevent blood clotting and steroids to help open her lungs up, and her blood oxygen level climbed to 98% with the BiPAP machine still assisting her.

She isn’t out of the woods yet, Chenoweth said.

“The big concern now is permanent lung damage if we can get her through this,” Chenoweth said.

She also added that Abby will be very weak once she recovers.

“She’s going to have some long-term effects,” she said. “It’s going to take a while to get (her) back to Abby.”

At some point, Abby will have a sleep study done, as she’s suffered from apnea spells at night despite being on the BiPAP machine, Chenoweth said.

As Chenoweth sits in the hospital with her daughter while doctors and nurses work to help her fight the virus, she said she regrets not getting Abby vaccinated. After making it through about a year and a half of the pandemic without catching COVID, she didn’t think the risk would be too high.

Abby will be vaccinated as soon as she’s allowed following her illness, Chenoweth said. 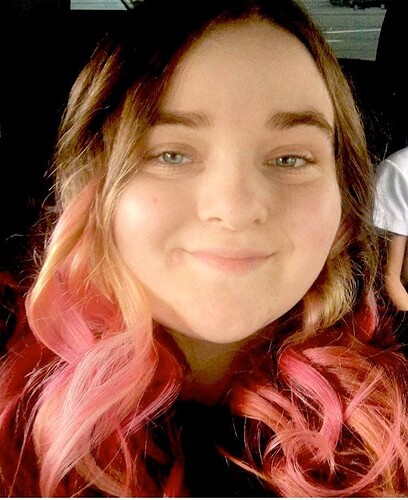 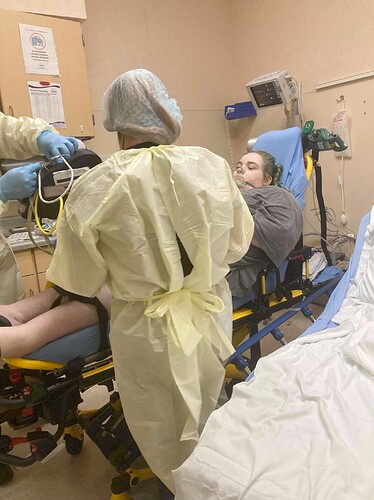 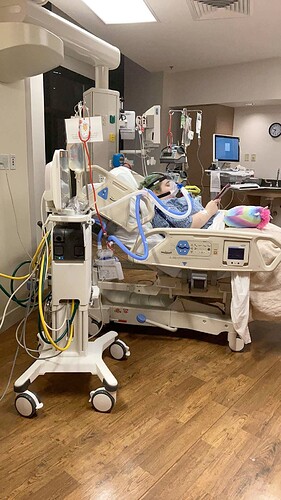 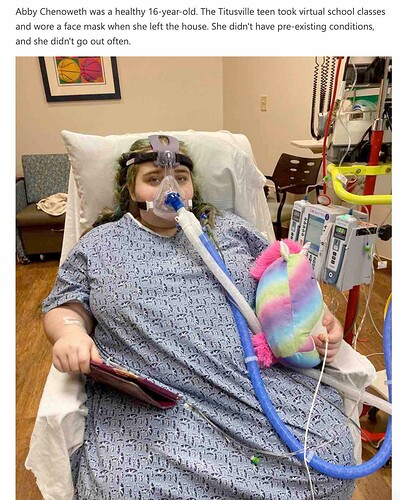 Football coach is going to be pissed his left tackle is out for the season.

What doctor has classified her as healthy? Her fitness statistics would tell the exact opposite.

Yeah, my lungs and heart can’t do a 500m light jog, but I can endurance eat for an hour straight!

I think the general public has a different idea of what healthy is.

Enemy of the People

I think the general public has a different idea of what healthy is.

No, the PC brigade has simply made it not worth the hassle or harassment to mention that being fat is unhealthy.

This is the shit I’ve been talking about since day 1. Covid is serious for a large portion of the people in the world. However, this is what makes Covid a fucking joke. This is a LARGE reason why I’m not getting the shots. The scare tactics to get people to get it, not only rub me the wrong way but make me question the motives behind doing so.

There is no covid. People are having side effects from the vaccine but the media are saying it is covid. The pcr test is useless. Are you saying the doctors are lying about her symptoms?!

What’s the point if she literally just had the illness?

What’s the point if she literally just had the illness?

To push vaccination at any cost, in all articles. WTF

The left got mad at Donald Trump for not getting vaccinated right after he got covid too… lol.

These people that tell you to trust the science don’t know shit about science!

The left got mad at Donald Trump for not getting vaccinated right after he got covid too… lol.

These people that tell you to trust the science don’t know shit about science!

In all fairness, Trump was overweight and over 70. Regardless, of what one’s stance is on the vaccine, he needed to get the vaccine.