I posted a modified version of this in another thread.

I know I will get a ton of hate and grief for my comments (especially by the robotic fanboys and disingenuous haters)... but I think that speaking from a place of truth (in spite of the consequences) has its merit.

Unfortunately - even though you use reason and logic in your response... folks here will villainize you like they do to BJ for having the balls to speak out about the sad truth of the state of MMA.

You think baseball was bad?

MMA (as it relates to PEDS abuse) has become a ridiculous and sad joke.

If you really love the sport (like I do) - you would support full scale VADA implementation (and unfortunately, even with these enhanced testing measures... there will always still be successful cheats as there have been in cycling).  But at least - it will appear that the UFC actually gives a shit.  Someone not testing positive (in a system designed to give every advantage to the cheater to time his cycles) is not evidence of an ethical fighter or a fair system - IN ANY WAY.

If you have no beef with Steroids and other PEDS... that's completely cool... but then lets at least have it be an even playing field where all guys are allowed to use PEDS and be open about it...

These are the multiple reasons why I believe a guy like BJ Penn deserves consideration for the GOAT of MMA:
- Never gave a shit about his W-L record (unlike many of the other champions with much better W-L records, he never ever fought a point-fighting match intended to win by decision).

- Fought his heart out every time.

- Almost every single time BJ fights at Welterweight - his opponents are anywhere from 20 to 30 pounds heavier than him come fight time.

- He has the balls and is never afraid to challenge the establishment (i.e. the Nevada State Athletic Commission and Dana White and the UFC) on a regular basis if he believes he has been wronged.

- Beat a Rodrigo and Renzo Gracie (including mounting this BJJ legend) at 185.

- Was massively competitive against Lyoto Machida (when Lyoto was a Heavyweight and almost 40 pounds heavier) and BJ was a butterball.

- Beat and finished the greatest welterweight of all time in Matt Hughes (2 full weight classes higher than BJ could be fighting at) when he was scary and unstoppable.

- Put an unstoppable and exciting GSP (during his pre-pointfighting days) in the hospital and was arguably his most competitive fight (save the Serra and Hughes losses).

- The minute GSP wins the Championship belt at middleweight and light heavyweight... then and only then would he have accomplished what BJ has already done.

- The minute Anderson Silva manages to win the Championship belt at Light Heavyweight and Heavyweight... then and only then woould he have accomplished what BJ Penn has already done.

- Both legends Anderson Silva and Fedor have referred to BJ Penn as the greatest fighter in MMA history.  Even UFC LHW legend, Chuck Liddell acts like an excited little girl with bulging eyes when he talks about BJ Penn or BJ's fights.

- BJ is probably the most revered fighter amongst all fighters in MMA history (save perhaps Fedor).  When you hear other guys talk about him - they do so with a sense of awe.  This is perhaps the greatest compliment any fighter could ever receive and a genuine testament to BJ Penn's greatness in MMA (praise from fans is one thing... praise from other fighters - especially the elite ones is another thing altogether).


Go ahead and rag on BJ and his record all you want... but he comes from a place of truth and an authenticity rarely seen in professional sports.

Instead - just like Hendo - BJ just don't give a shit.  And he has the balls to speak the truth.  Much respect to BJ.

BJ - Gas or no gas... muscles or no muscles... win or lose... you are and will ALWAYS BE a God amongst men... or a man of strength, character and ethics in a league full of cheating, greasing, and roiding little girls.

My top 5 ever (the GOATS) in no particular order (Jones may one day be in this list):


In conclusion - to me - BJ Penn (as a fighter) represents ultimate truth.  The guy has tested himself at every level (and continues to do so - even to his detriment physically speaking and arguably detrimental (for some small minded folks) to his legacy).  For all of you haters and non-believers - I encourage you to consider these sagacious words.  Perhaps some of you may have more respect for someone who has done more in his short lifetime than most of you will ever accomplish. 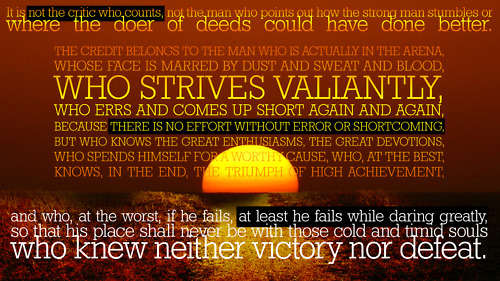 ^it took about 2 minutes to read

and for the most part I agree, BJ gets too much hate for being "lazy" and "unmotivated", but his accomplishments are just insane.

nick diaz on that list some guys have the warrior gene. some have the competitive gene.

all those guy all dont give a ... they like to hurt men.

Op said some good stuff about bj, don't ruin it with this type of bs that is whiny bj not warrior bj.

BJ has always been a fucjin warrior win or lose always challenges himself.

Op said some good stuff about bj, don't ruin it with this type of bs that is whiny bj not warrior bj.

Agreed.  Edgar is just a bad matchup for BJ (with his quick movements and rapid wrestling transitions).

Even though he was never really in any serious trouble in either fight... BJ will probably always lose a point-fighting match with Edgar every time they fight (IMO).  A younger version of BJ may be able to finish it...

Kudos to warrior BJ for giving props to Edgar for the much deserved win after the 2nd fight.

If so yes he's not like any other fighter and shouldn't care about winning and loosing.

Great post!!!! BJ is a warrior. Him, Wand an Fedor are my favorite fighters to watch. Doesn't matter what is going on in my life, I stop all things to tune into these guys matches.

bj beat edgar at least 3 rounds in the 1st fight

BJ is the fighter's fighter. It's pretty common to hear other pros say BJ is their favorite fighter.

Isn't BJ like 12-7 in the UFC? I'm pretty sure that's the same guy who got beaten so badly that he thought it better to QUIT than continue. Hell, it might be the same guy who just got beat by a dude who can't even hack it in the UFC lol.

Then again, I could be wrong.

Hold on, everyone, lionsoul has something he wants to say about BJ Penn!!!

According to the lionsoul school of trolling I should now attempt to make this thread about GSP, and say as many derogatory things about Penn as possible, right lionsoul?

cerrone is one of those warriors too. he dont give a fuck. really you can tell the guys who fought for fun in life vs the guys who truly see it as a sport.

youarewhatiswrong - Hold on, everyone, lionsoul has something he wants to say about BJ Penn!!!

According to the lionsoul school of trolling I should now attempt to make this thread about GSP, and say as many derogatory things about Penn as possible, right lionsoul?

Huh?  Sorry... you are right... this thread has nothing at all to do with BJ Penn.

Man - you guys are nuts.

I try really hard to like BJ, but its fans like this that turn me off. Nothing he says or does per say, but mostly his psychotic fanbase who deify him.

The fact that they constantly try to discredit other fighters to support their delusional sense of hero worship is also pretty disgusting. I feel like BJ would be one of my top 5-10 favorite fighters if not for you fucking fanboys on the UG ruining it for everyone else.

If so yes he's not like any other fighter and shouldn't care about winning and loosing.

This. The sense of "urgency" to win may not exist due to his financial situation, whereas a fighter who fights paycheck to paycheck won't fight above their weight out of fear of losing their Job