which made perfect sense at the time given the way he was talking about things.

Care to explain how he “was talking about things” that made it seem sensible to distrust the trump vax?

you honestly cant think of anything he was saying during the breakout and rise of the virus, added to the general mistrust many people had of him to begin with, that might lead people to not trust his judgement on science and medicine issues? ok i will have to take you at your word, i doubt me pointing them out to you will change your mind. 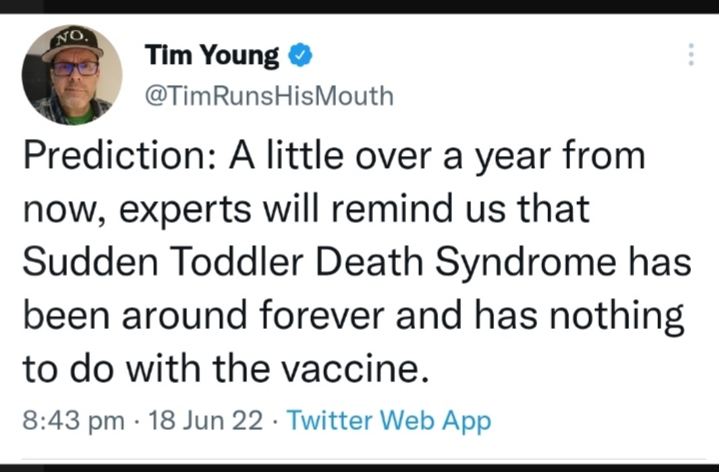 One second from now many people will wake up to Tim Young and anyone posting this drivel is a clown. Sudden Infant Death Syndrome: An Overview - SIDS Sudden Infant and Early Childhood Death - NCBI Bookshelf.

He didn’t say infant, he said toddler. Two different stages of childhood. You did win the strawman argument that you created if that makes you feel better.

If you want to be pedantic about it the proper term is Sudden Pediatric Death Syndrome or Sudden Death in Childhood and again it’s been known about for many years and there are plenty of registers out there and case reports going back decades. Sudden Unexplained Death in Childhood: An Overview - SIDS Sudden Infant and Early Childhood Death - NCBI Bookshelf

So no source and you made up lies

nobody is this stupid so i will just assume you are being disingenuous.

you lied
no source 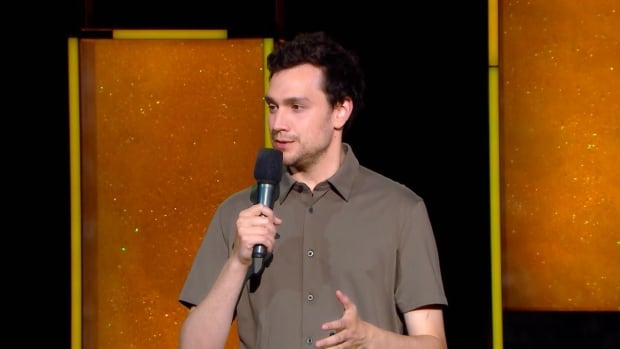 Nick Nemeroff, the Montreal-raised standup comedian whose debut album was last year nominated for a Juno award, has died at age 32.