NASA: We Destroyed The Technology to Go back to the Moon 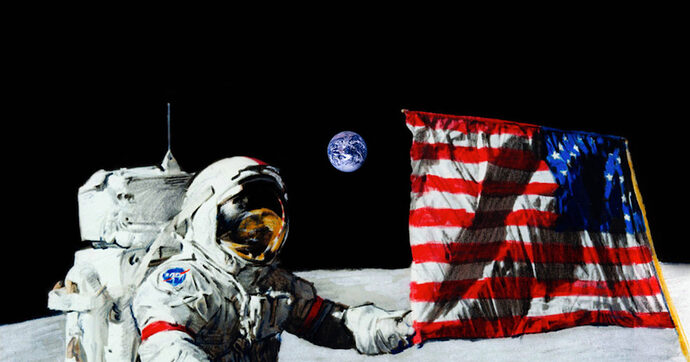 NASA: We’re No Longer Able To Visit The Moon

"We don't have the capability to do that anymore. We destroyed the technology."

Why would you destroy this technology?? Below is NASA representative Don Pettit explaining why. 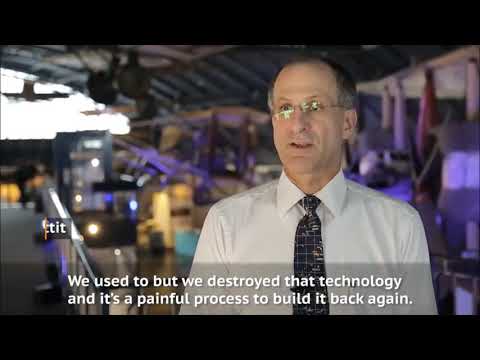 That is just one guy’s opinion. 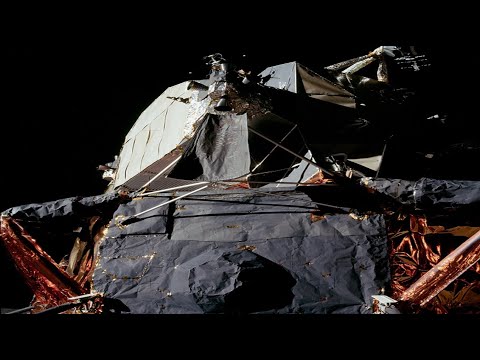 Because it’s just not possible for that data to still be relevant, it would be impossible to replicate a designs of a spacecraft from 20 years ago much less 70 years ago so why would we keep that information on hand?

it would be impossible to replicate a designs of a spacecraft from 20 years ago much less 70 years ago so why would we keep that information on hand? 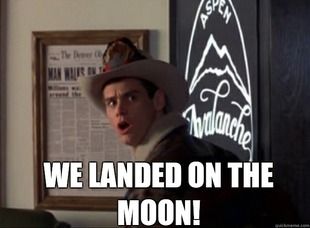 What does he mean they destroyed the technology. On purpose? Or like the new guy accidentally set fire to it when he was trying to make toast in the break room

Don’t believe it. Don’t care. We are going to Mars who gives a fuck about the moon?

Articles from websites with fundamental grammatical errors in the first sentence should always be taken very seriously.

Because some stupid faggot would sell the info to a certain superpower.

I would love for us to come forth and say, checkmate Russia we made you our bitch with some cameras and special FX, enjoy the bankruptcy.

We beat them legit. We were that badass and hitting the delete button like that is patriotic as can be.

Astronauts often say the reasons humans haven’t returned to the lunar surface are budgetary and political hurdles, not scientific or technical challenges. Private companies like Blue Origin and SpaceX may be the first entities to return people to the moon. 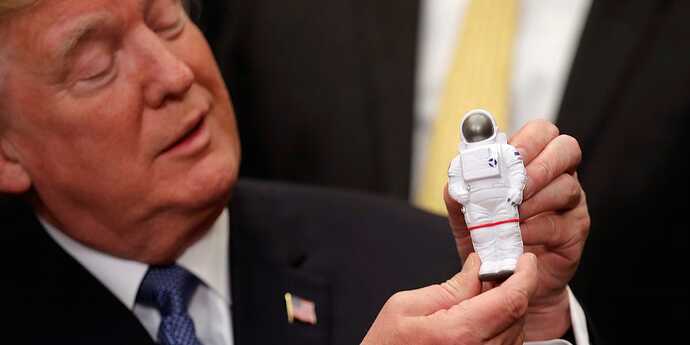 Astronauts explain why nobody has visited the moon in more than 45 years —...

The last time anyone visited the moon was in December 1972, during NASA's Apollo 17 mission. Since then, there have been many foiled plans to go back.

They didn’t destroy all of these as far as I’m aware. I remember looking at one at the air & space museum in DC & thinking what a flimsy piece of shit it was.

Scientifically and economically, what’s the gain for going to the moon? If private companies what to send people there for shits and gigs I’m all for it, but otherwise, what’s the benefit? Or are we going to construct a giant “laser” on the surface?

You know how many people would pay out the ass to take a trip to the moon? They can’t do it.

During the 1970s, scientists began examining the Apollo lunar samples to study how the lunar surface could be used as a resource. One such scientist was physicist David Criswell, who has since shown that a lunar-based solar power system would actually be cheaper than Earth-based solar power implemented on a global scale. Whoa! How is that possible, given the high cost of launching people and machines into space?

The key is that it would be enormously expensive to scale up enough Earth-based solar power to supply all of humanity’s electrical needs, since solar power on such a scale would require a lot of metal, glass, and cement.

But the Moon’s lack of atmosphere and weather means that photovoltaic cells built by robots from lunar materials can be paper thin, in contrast with the heavy structures needed in Earth-based solar arrays. Ringing the Moon, such a system would be in perpetual sunlight, making it cheaper to collect solar power there and beam it down to Earth in the form of microwaves.

A source of helium-3 for clean, safe nuclear fusion power and other uses

The gas helium-3 is extremely rare on Earth, but plentiful on the Moon, and could be used in advanced nuclear fusion reactors. Helium-3 also has anti-terrorism and medical uses, especially in the diagnosis of various pulmonary diseases.

A place to offload industrial pollution

Since there are minerals and oxygen in lunar rocks and dust, and frozen water in certain locations, the Moon is an ideal home for factories. Thus, billionaire Jeff Bezos has proposed relocating large segments of heavy industry there, reducing the amount of pollution that is produced on Earth.

Radio Astronomy without interference from Earth

Constructed on the Moon’s far side (the side of the Moon that always faces away from Earth), radio telescopes advancing human knowledge of the Cosmos, and searching for signals from extraterrestrial civilizations, could operate with increased sensitivity and efficiency.

Using the Moon as a destination for tourists may not sound helpful initially, given that only the very wealthy would be able to afford such journeys in the foreseeable future. However, the economic payoff could be substantial in terms of jobs that lunar tourism could provide on Earth. Furthermore, short of actual tourism, companies are gearing up to provide lunar entertainment to fun-seekers here on Earth in the form of mini lunar rovers that people could control from their living rooms, just for fun.

Similar to lunar tourism, lunar colonization sounds initially like a development that would help only those people who go. But, located just three-days’ travel from Earth, the Moon would be an excellent place for humanity to become a multi-planet species. The Moon could be a place for colonists to get their space legs before humans put down roots on more distant locations like Mars. With hundreds or thousands of humans thriving on the Moon, Earthlings might find some level of peace of mind knowing that humanity is in a position to outlive a planetary catastrophe.

No way that pillaging our moon would have any negative effects on life as we know it…imagine what could happen on our surface if the moon were to deviate even the slightest from its ecliptic cycle.

Yeah, sure. That’s the reason why it’s not happening.