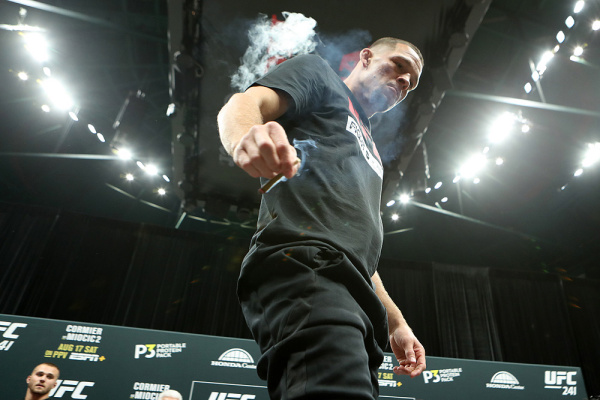 Nate Diaz says 'the realness' is why he's developed such a cult following in...

Even without being active, Nate Diaz remains one of the biggest names in the sport.

It’s undeniable that Nate Diaz is one of the biggest names in combat sports today.

The former UFC title challenger has developed a strong fan base throughout his years competing in MMA. Diaz remains a popular name despite his inactivity, fighting just four times in the last five years. The 36-year-old returns to the cage this Saturday on the UFC 263 main card in Glendale, Ariz. And despite having title fights in the main and co-main events, Diaz’s five-round clash with Leon Edwards just might be the most anticipated bout.

The Stockton native believes his cult following is simply a result of his refusal to adhere to the norms of MMA.

“Because nobody is doing anything with their sht in this whole career. Everyone is doing what they should be and doing what they’re told, and they’re acting like motherfckers who have jobs,” Diaz told ESPN. “This fight career is not a job. It’s not like going into it with the mentality that sht do what you want, fight everybody, and do-whatever-the-fck-you-want attitude. That’s all I’m thinking, I don’t know.”

Diaz also lists his fighting style along, with his loyalty to his team, as a reason why he’s gained much respect in the fight game. 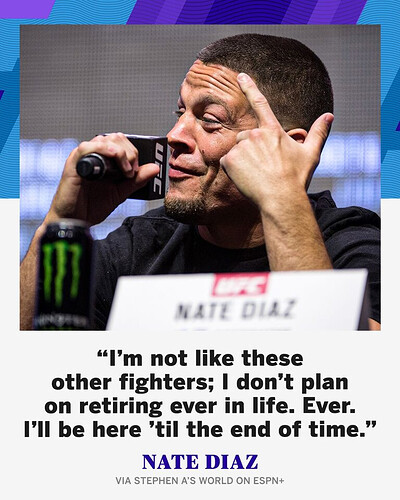 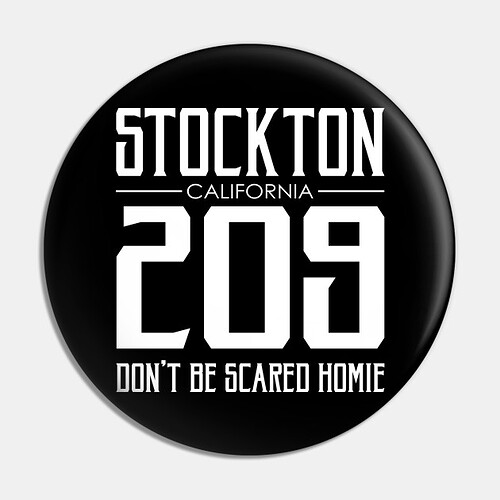 He is correct. Nick and Nate Diaz are 2 of the realest fighters in MMA history. They always come to fight and they have no boring fights

They don’t think of MMA as a sport. To them it’s a fight and it’s their job. It’s the only thing they’re good at in life and it’s how they made/make a living so they give it 100% effort

Great, NOW GET TO FIGHTIN’!

When the reporter asked him if he felt any different fighting after becoming a father, and his response was he’s been a father to these other fighters for years already…… that cemented his needle moving ability for me

In one word? Real.

Nate has always come off as more likeable than Nick. Not sure why that is.

Sense of humour I think