Who else is pumped for this next summer? I’ve played every NCAA game until it stopped. I use to frequent the gamefaqs.com boards where people would do their own dynasties and start threads keeping us informed. Would be fun do the same here. 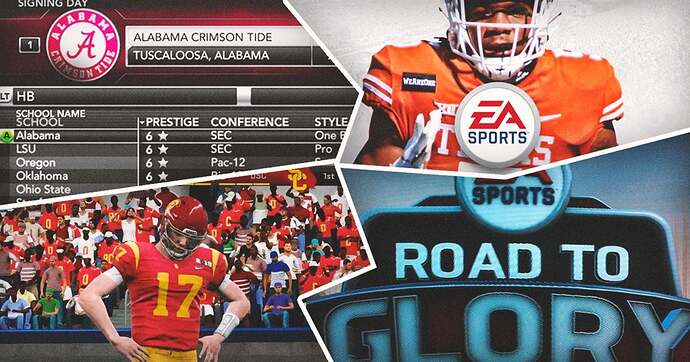 Everything we know about EA Sports College Football '24

Fans and players alike are anxious to learn more details about EA Sports College Football, so 247Sports spoke to industry insiders and school administrators, and filed multiple open records requests to learn more about its development.

Yes they’ve been using the same engine too. But NCAA was still better

One of the most exciting new features is the team-specific traditions, a new addition to the 2023 version. EA Sports has confirmed that it is in the process of acquiring photo, video, and audio assets for all 130 FBS teams that will be highlighted in its new game. The University of Wisconsin will feature its fans dancing to “Jump Around” between the third and fourth quarters. Iowa State, whose football stadium is right next to the university’s hospital, will show their fans waving to patients under medical care. However, due to rights issues, one of the most storied programs, Notre Dame, will not be in NCAA Football in 2023. College football is full of traditions, and this attention to detail can take the game from good to great.

Also included are team-specific playbooks. This means that Navy, notorious for its triple-option offense, will have a playbook full of interesting run designs with limits on the passing, while Alabama’s 3-4 set, blitz-heavy defense will have all of Nick Saban’s mechanics. There are advantages to each team’s preferred style, but having them true to each school’s playbook will make the game feel all the more immersive.