Nearly risk-free I bonds to deliver a record 9.62% interest for the next six months

Interest has gone up since the April rate was set. Feb 2022 was 7.9%, March was 8.5%. April rate was set to 9.62. Now, inflation was just announced at 9.1%. I see no end in sight now that, officially, we are officially in an official recession. By the time we reach Oct, true inflation could be double digits. The rate seems to be set in anticipation of what is expected over the 6-month span and I don’t see it dropping before April 2022.

Good points. I haven’t hit my 10k limit yet so I’ll buy more and then probably buy again at the beginning of next year. 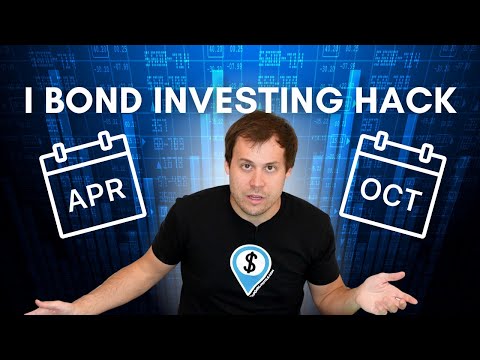 So, should I buy them now or wait till new rate is posted in October?

I watched the video and I still don’t understand the benefit of waiting until the new rate to buy.

So, should I buy them now or wait till new rate is posted in October?

I did not watch the video, but I would buy today (as soon as you can). You will start earning 9.62% sooner and you can buy more bonds ASAP after January 1.

I really fucking wish they would accept more than $10k per person per year.

I watched the video and I still don’t understand the benefit of waiting until the new rate to buy.

The new inflation rates get reset every six months. The new rates come in October. So if you bought now and the inflation rate dropped down to 1%, you would have two months at 9.6% followed by six more months at 1%. And then another four months at whatever the future rate is before the one year minimum to cash it in. And one percent isn’t enough to even worry about. But I think it’s safe to say that isn’t going to happen. It wouldn’t shock me to find out October’s inflation numbers aren’t even higher.

I really fucking wish they would accept more than $10k per person per year.

Me too. But just look at it as a $962 Christmas bonus for doing nothing more than letting the money sit in an account.

So if you bought now and the inflation rate dropped down to 1%, you would have two months at 9.6% followed by ten more months at 1%. One percent isn’t enough to even worry about.

EDIT: I’m pretty sure if you buy in August, you still have to abide by the new numbers in October. That’s how I understood it before I bought it and also that’s what the guy in the video is saying. But I could be totally wrong.

KEY FACTS: I Bonds can be purchased through October 2022 at the current rate. That rate is applied to the 6 months after the purchase is made. For example, if you buy an I bond on July 1, 2022, the 9.62% would be applied through December 31, 2022. Interest is compounded semi-annually.
https://www.treasurydirect.gov/indiv/research/indepth/ibonds/res_ibonds_ifaq.htm

So, assuming the rate will go up in Oct, I should wait till October to buy? Thanks…

No, buy now and get 6 full months of 9.62% interest and then get six months of the new rate after that,

No, buy now and get 6 full months of 9.62% interest and then get six months of the new rate after that,

Yea I think the guy in the video meant if you wait just before October, you will know what the new rates will be. If the new inflation looks like it will be higher than 9.62%, then wait one more month. It you know it will likely be lower, then buy before the new rates come out and guarantee yourself at least six months at the higher rate.

It doesn;t matter to me if the rates go up or down, the I Bond rates are crazy high for something that has absolutely no risk. I bought $10K in December at the 7.12% rate, bought another $10k on January 3 at the 7.12% rate, and will buy another $10k as soon as I can after January 1, 2023. Both of my previous purchases will then earn 6 months at the current 9.62% rate, then 6 months at whatever they adjust the rates to in the Fall.

The point of the video is that you can purchase and know what the rate will be for the next 12 months if you buy in April or Oct. You get the current rate for 6 months, regardless of when you buy. So in Apr/Oct, you can get 6 months of the current rate and you’ll know the rate for the second 6-month block since it’ll be announced. That said, I just bought last month because of the crazy rate right now.