As enjoyable as it would be watching the left react to Trump being reelected, I want DeSantis to be the Republican candidate because I think he’s got a much better chance to win. Admittedly, I don’t know a lot about DeSantis other than that he’s a popular Republican who’s running Florida, which is often rated the freest state - and all of that is really good. Biden has done a terrible job and we need a Republican candidate who can scoop up all of the independents and moderates, almost for free. I think that a lot of people who are tired of Biden and want someone else might like Trump even less. 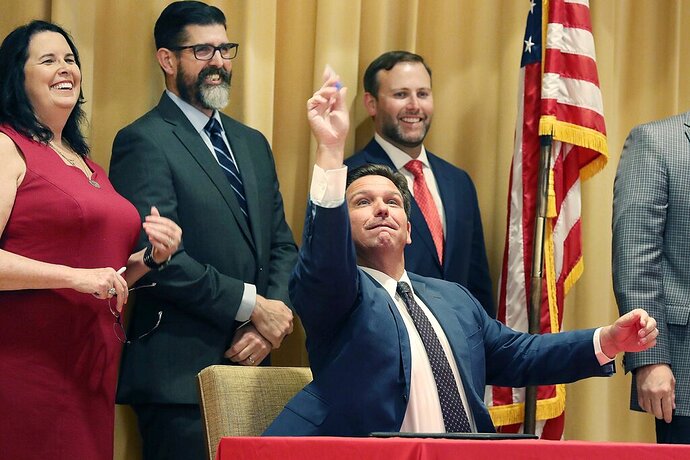 Support for Gov. Ron DeSantis of Florida to be the party’s next presidential nominee grew to 39 percent from 18 percent last fall.

Anything that’s not Biden.

I can get behind Ronnie D

DeSantis could be unstoppable

Anything that’s not Biden.

I would literally vote for Hunter Biden if he joined the Republican party and ran against Joe.

I’m pretty much repeating myself but unless Biden’s popularity changes a lot over the next two years, he’s going to limp into the election. The last thing right wing minded people want is someone that the moderates and independents find distasteful. Those people will be leaning away from Biden and just looking for any raft to climb onto that doesn’t look terrible to them. They will be looking to like the Republican candidate. The Republican party should put someone forward that makes that easy for them. Low hanging fruit. Get it.

Dude may not even win re-election in FL but people are propping him up as the GOP’s great white hope.

You never know. Once the MSM and their Democrat handlers turn their focus on DeSantis, they may find something. They could also just Kavanaugh him.

Don’t turn a layup into a legit duel.

He is a veteran…a lawyer…and more polished…but still conservative. The media will only turn more Americans against the media if they try it.

DeSantis > Trump 10 days out of the week

Desantis about to get about 10 rape allegations.

There’s supposed to be 3 or 4 big profiles on him dropping this summer.

I doubt a single one is positive lol

There’s supposed to be 3 or 4 big profiles on him dropping this summer.

I doubt a single one is positive lol

You are a complete RINO

I expect so. The media knows he is the true threat to whatever Democrat they anoint to be President. They are going to go full bore on him.

I am just pointing out that there will be a bunch of big Desantis profiles coming out soon.

Considering they will be national profiles (NYT, Time, WaPo, etc), there is no way any of them are going to be positive for him. 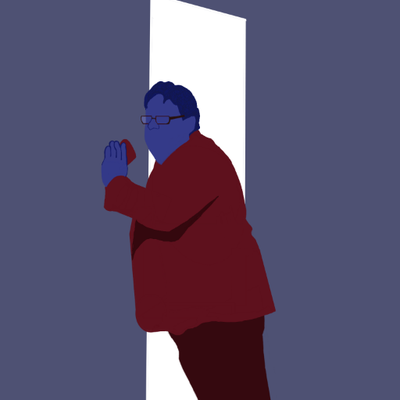 @fineout
Get ready for the summer of @GovRonDeSantis profile stories. Been told there may be as many as four or five being worked on by national media types
2 Likes
Soup_and_Beer June 23, 2022, 7:22pm #17

All of your posts have been anti DeSantis. Your last post was mocking him as “the great white hope” as if DeSantis’ policies are centered around white supremacy. You said your choice was some (R) that no one has every heard of. Which I would vote for over Biden. Yet you mock any Republican that would have a strong chance against this shit show of an administration.

They will absolutely kvannagh him. Thats the lefts tactic. Just find some nobody staff aid that will cry rape or some dumb shit.

Only thing that matters if idiots dont see through it yet.

I live in New Hampshire. No idea who I’m voting for, I only know I’m not voting for Trump again.

I am just pointing out that there will be a bunch of big Desantis profiles coming out soon.

Considering they will be national profiles (NYT, Time, WaPo, etc), there is no way any of them are going to be positive for him.

Well I’m sure with accuracy like this (from that tweet thread) these ‘profile’ stories will be well researched.

Their # 1 target was FLORIDA … the same state whose Governor Rob DeSantis “ won” in 2016 in an upset by .37% w not all votes counted … here’s a few segments . He later said the FBI had him sign NDA to not reveal counties hacked