New island rises from the sea off German coast 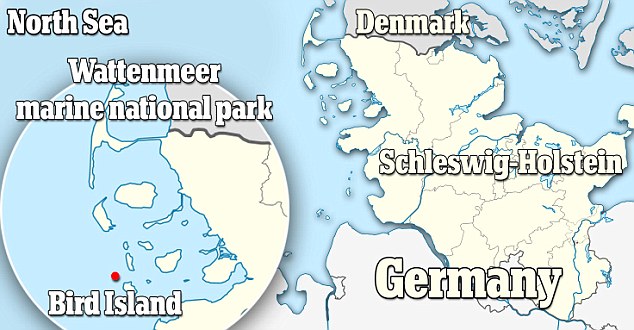 New island rises from the sea off German coast

An island the size of 25 football pitches has appeared seemingly out of nowhere off the coast of Germany.

The landmass, which is composed of sandbanks, gradually emerged from the violent waters of the North Sea over the past few years.

It lies 15 miles off the coast of Schleswig-Holstein in Germany’s far north in a stretch of coastline known as the Wattenmeer, a marine national park. 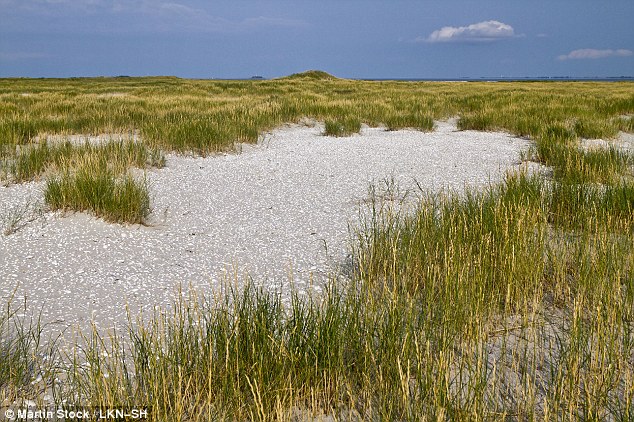 ‘Anything but ordinary’: The new landmass has been dubbed Bird Island after its first settlers; who include gulls, eider ducks, grey geese and even peregrine falcons

Nature lovers and yachstmen noticed the appearance of Bird Island – named after the seabirds who rest, nest or feed on the sand dunes that are up to 16ft high.

Winds blew seeds from across Europe, and 49 species of plants have been detected on it.

‘Who needs an artificial island off the coast of Dubai’ asked the Bild newspaper, Germany’s largest, when the landmass composed of sandbanks grew, and stayed put, in the North Sea.

But before locals reach for the beachtowels and sun loungers, nature might beat them to it.