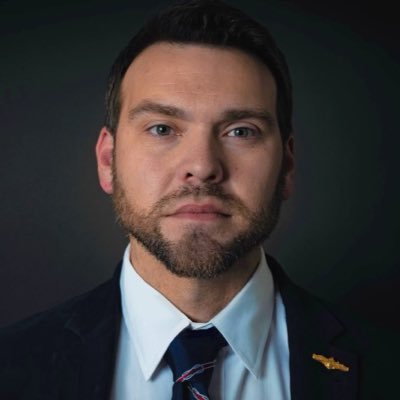 A US Space Force Commander was just relieved of command for speaking out against Critical Race Theory He felt so strongly about how it is ruining our military, he wrote a book about it Space Operations Command has now placed him under investigation amazon.com/Irresistible-R… https://t.co/X9YlG0HCkm 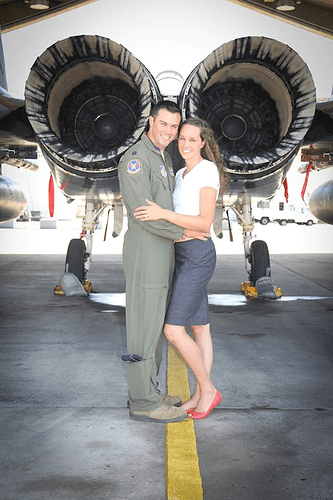 Hell bent on ruining everything

Quite similar to the start of military purges in the Soviet Union.

dont get me wrong, he was fired for going political and talking, but I believe he thought about that when he started down this path.

People that dont think this is a takeover/coup of some sort are blind as can be. Those that stand for freedom are ousted and replaced by those more willing to bend the knee to oppression.

Yep, Critical Race Theory is not going to help our military or our schools. The more that speak out about it the better. It should never had made it out of the universities in the first place Brilliant interview….this guy is well spoken. He probably has a great future in politics, if he wants it.

Contrast that to this idiot Admiral in the vid: That admiral doesn’t seem to realize Kendis message or ideology. I don’t see how any adult could read his book and think it will actually improve race relations 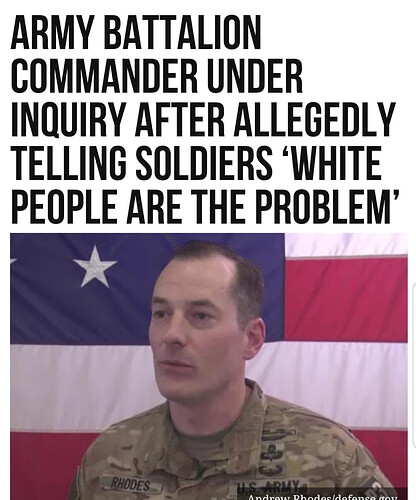 I don’t think even most people grasp the magnitude of the trouble we are in. Do you think more seasoned dictatorships like China and Russia aren’t licking their chops at the prospect of encountering 21st Century social justice warriors on the battlefield? If a foreign enemy conquered America and took over its military, it would populate the top brass with precisely the kind of incoherently obscene twit we see here.

Breitbart: Army Lieutenant Col. Andrew Rhodes, the commander of the 1st Battalion, 8th Infantry Regiment, 3rd Regimental Combat Team, 4th Infantry Division at Fort Carson, is under preliminary inquiry after allegedly telling troops that “white people are the problem,” according to an Army spokesperson.
“The command is aware of an event involving one of our battalion commanders, we are conducting a preliminary inquiry to gather more information,” a spokesperson told Breitbart News in an email on Wednesday, adding “It would be inappropriate to provide any further details in order to protect the integrity of the inquiry.” The military will never fire on its own citizens…

That’s why they are attempting to condition everyone to see armed white males as a supremacist/terrorist threat.

The military will never fire on its own citizens…

I would say that is currently true… But it’s worrisome how the Biden Administration and top brass seem intent on purging the military in the service of wokeness. If this continues I wouldn’t feel confident in another 10 years.

dont get me wrong, he was fired for going political

Would have he been fired if he spoke out against white supremacy and promoted critical race theory?

I think it was the book deal