Next pope will be a black lesbian transgender hermaphrodite.

Lol. Right. With the pedophilia maybe you will get a BLM fist statue at the Vatican. The pope’s new name is Zippy if he’s Asian

Coptic Christians and Orthodox Christians have been speaking our against it forever since they live with it but Western Europeans don’t give two shits. The Vatican needs to be burnt down. It only exists as a separate sovereign state because of Mussolini.

Asians go along to get along

Why are they the ONLY two options?

Black woman that is a lesbian!

Black woman that is a lesbian!

no man you need to take it another level…

black transwoman that is pansexual

Yeah, no way a non woke/globalist type is going to take the position. I don’t care what they look like or where they are from.

The current pope did set an attendance record when he went to the Philippines. 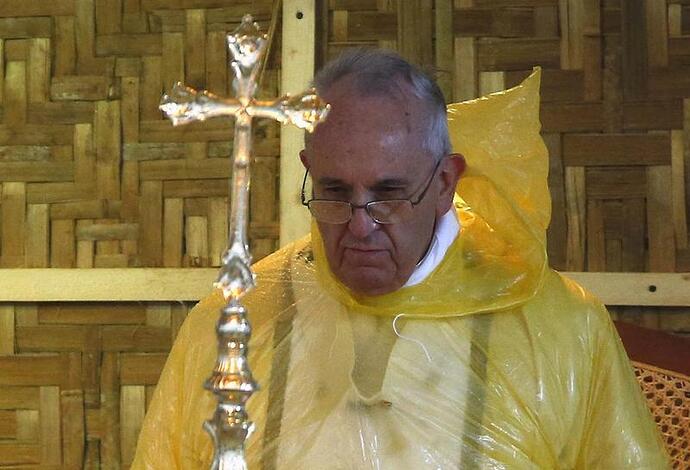 Pope Francis concluded his trip to Asia on Sunday with an open-air Mass for a rain-drenched crowd in Manila that the Vatican and the government said drew up to seven million people, the largest ever for a papal event.

There was also some Irish saint who also predicted that there would only be 2 popes after John Paul 2. He supposedly had predicted all the popes who would come after the pope at his time. (Note: I have no idea if he was sober when he made this prophecy.) Before the coke diet

As long as they keep sitting on gold thrones and molesting children it doesn’t matter what race.

Next pope better be a tranny or the Vatican ain’t woke!!

The last one is supposed to be Peter The Roman.

Yes; there were even only 2 portrait spots left for the popes after John Paul 2.