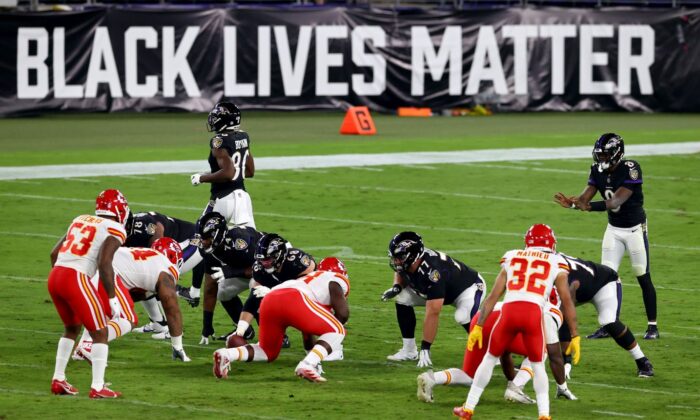 With the NFL’s first game scheduled for this week, a top league official confirmed that “social justice” messaging will continue to be promoted during the 2021-2022 season.

NFL players can wear social justice messages on their helmets again this season and “It Takes All of Us” and “End Racism” will be stenciled in end zones for the second straight year as part of the league’s Inspire Change platform.

The league will also bring back the Say Their Stories initiative and for the first time, each team will highlight its social justice work during a regular-season home game in Weeks 17 and 18.

“The key message for us as the season is starting, we are ramping up again in a big way with our social justice work,” Anna Isaacson, NFL senior vice president of social responsibility, told The Associated Press 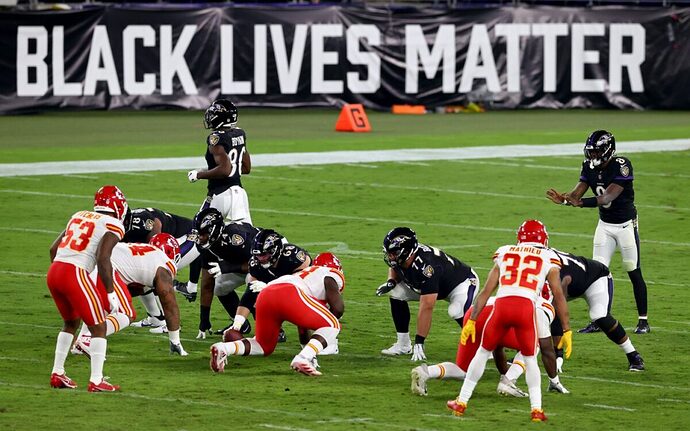 NFL Executive: League’s ‘Social Justice’ Messaging Is ‘Ramping up Again in a...

With the NFL's first game scheduled for this week, a top league official confirmed that "social justice" messaging ...

I hear all this talk of ending racism but do they ever give advice on how to do it?

How do I tank the ratings, but still watch?

I don’t have a Nielson box, so I don’t think watching on Tv would even count my rating.

If it does, I will illegal stream any game I watch.

And I def don’t buy any NFL, or Nike merch.

Awesome! That means that I don’t have to watch football again this year.

No problem. Had it done at the black national anthem. Easily switch to another sport I can follow weekly that isn’t woke yet.

Awesome. I will continue to not watch the NFL. Glad I stopped watching it around 4 years ago.

Why they always killin’ each other over money, weed, and perceived disrespect?

And never comply when committing crimes, and gettin killed by police?

I mean, if those lives matter.

At most “Some Black Lives Matter, Some Do Not”.

Adopted bitch with his white parents, trying to be mister militant negro.

And people wonder why the left always wins. People bitching all day about millionaires playing kid’s games, yet can’t stop watching and talking about it.

You do realize this is all a ruse for a $ grab, correct? Nike’s whole campaign with him was all about publicity and that cash. Not one of them really gives a crap about inner city black folks. It’s also about more division which they’re also using Kapernick for.

He doesn’t care, Nike doesn’t care nor does the NFL. This is what the MSM and social justice Marxists do. They prey on people’s stupidity.

It’s pretty much “most black lives do not matter” to this movement. The only time blm cares about a black person dying is when a white cop kills him .

Just make sure you put your fist over your heart for the BLM anthem at the start of each game, sports cucks!

This thread is AIDS!

Why on earth would you still want to?

Have some pride in yourself & stop watching this garbage. Good on you guys that have!

Guys still watching this stuff are like the husband with the wife that cheats, belittles him all day, & undermines him. Then you ask why he won’t leave her & his answer is…. Because I still love her

Stopped watching sports when everything started getting political. Don’t miss it at all.

Stopped watching sports when everything started getting political. Don’t miss it at all.

This. I have more free time on weekends now, but have done nothing to be more productive with it