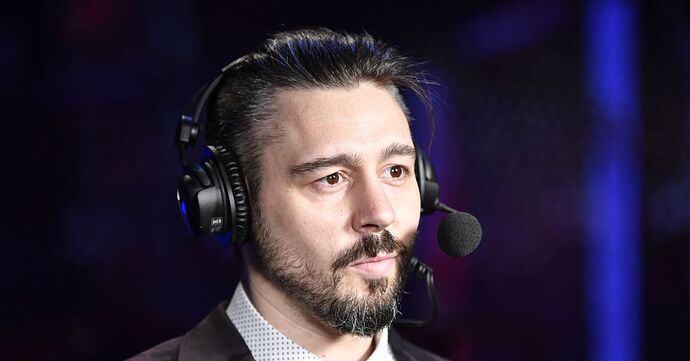 Dan Hardy: ‘Not a good look’ for UFC that fighters are begging for money,...

Dan Hardy discusses the recent trend where fighters are publicly stating their own financial peril on television while asking the UFC for a bonus and he believes that’s just part of the environment the promotion has built where fighter pay and...

As the UFC continues to tout record profits since the start of the global pandemic, the promotion is still dealing with a lot of bad optics when it comes to the paychecks being doled out to the fighters.

While fighter pay has been a constantly debated subject, UFC owner and Endeavor CEO Ari Emanuel recently fired back at those claims while touting Conor McGregor as the highest paid athletes in sports. Meanwhile, UFC president Dana White has routinely lashed out at anybody questioning the paychecks his athletes are receiving including recent battles with both Oscar De La Hoya and Jake Paul over the subject.

At the same time, UFC athletes such as Jared Cannonier has openly stated that he needed to fight more frequently because he was going “broke” while sitting on the sidelines due to injury. Former Contender Series winner and UFC strawweight Cheyanne Buys said that she was negative in her bank account heading into a recent fight, which was remedied after the UFC afforded her a post-fight bonus following an impressive victory.

Ex-UFC fighter Dan Hardy can’t help but criticize the current pay model in the UFC when he’s witnessing fighters such as Cannonier and Buys celebrating wins in the biggest and most profitable mixed martial arts promotion in the world while openly admitting that they are in financial peril at the same time.

“It’s not a good look,” Hardy said when speaking to MMA Fighting. “I also don’t think it’s a good look for someone like Brian Kelleher to say that he’s looking for a YouTuber to fight so he doesn’t have to get a job at WalMart after he’s done with his career. Then there’s the other female fighter [Sarah Alpar] that she started a GoFundMe account.

“It’s just not a good look, especially when you’ve got fighters on one side starting GoFundMe accounts and on the other side the UFC are signing $175 million contracts where the fighters will not see a penny of it. It is disappointing.”

You know what else isn’t a good look? Constantly talking about your ex.

They sure treated Dan pretty good. Not many fighters stick around and get paid after their fight career is over.

He has a point, and I understand his comments only came after he had been cut, but it is what it was

Perhaps it’s time to allow fighters who have UFC contracts to also fight in other promotions while under contract?

He is right about the gofundme types. Drop all the lower end fighters. Just pay the best 150 instead of paying 600. Less events, better quality, and those low end fighters can all bitch about king of the cage or something instead.

Yes, each division should be R1-10 only,

Not a good look begging for money as a grown up. Go get a proper job and pay the bills like the rest of us if you’re not happy with it

just start a feeder league under the UFC banner.
They own the rights to strikeforce and Pride [ I stand corrected if that’s not the case] that are doing nothing.
resurrect them in Europe. Asia, South America etc. let them build up fighters in their own shows, so instead of fight nights every week add some of these shows instead.

breaking the habit of a lifetime by putting a shitty poster on ignore. fuck interacting with that guy.

PRIDE needs to be used lovingly and respectfully IMO

which is why they havent used it at all lol

speaking to this article, does brian kelleher, who i’ve never heard of, believe he should get to live a life of full retirement after he stops fighting, most likely in his 30s?

lol. if you are a fighter, expect to find a real job after you are done trying to beat people up for a living.

Then how will you get to see your precious mma fighters compete when they are too busy with their “proper job?”

That would be my problem not theirs. Tons of 9-5 workers aren’t happy with their wage, as an adult, further yourself and your wage, or shut the fuck up and do your job. One things for sure, no boss is gonna up your wage if you’re constantly moaning. Promotion starts with knuckling down, shutting your mouth, and working your arse off. Not going on gofundme and begging cause your employer won’t pay you more. I guarantee you your employer on their wage didn’t get there being a sad sack of shit begging

I was sick of the rat race and sick of being employed. So I left and started a business revolving around my hobby. After five years of no holidays and 15 hour days, it all started to run itself as I kick back and enjoy my life and my family

We all have this ability in us. ALL of us. Stop begging, stop whining, and work hard for YOU, not some scummy millionaire employer

some good ideas in this thread

So let me guess. You’re the type that starts a business, makes millions or billions of dollars, and then pays their employees in peanuts? Then you get mad when they complain. Fuck outta here with that shit!!

It’s those employees that helped make the business grow. They deserve fair compensation. Same goes for MMA/UFC. If that org is making millions on top of millions of dollars every year, then pay your fighters more.

It’s people like you that not only gave birth to Marxism/Socialism, but you give it fuel to continue burning.