This is the same bitch that said, “i gonna get Trump”. Basically saying i dont know of a crime he committed but ill find one.

So he pulls out of NY and the lawsuit goes away?

And what of the other lawsuits and continued FBI scrutiny?

He pulls out of NY and those go away too?

who says he can’t leave? in fact, agreement to cease operations (or ceasing operations in a state) are common settlement negotiations for shady businesses like trump’s.

totally up to him how he might want to negotiate a settlement.

Trump should move all of his businesses out of NY or just shut them down.

A good chunk of his portfolio is based in NYC.

Also, he cannot just relocate his company when it is facing a lawsuit from NY State and a criminal case from the Manhattan DA.

If he loses his business certs. in NY, then yeah he will have to either sell his business (including Trump Tower) or move it out of NY.

NYAG seems intent on taking this to trial so unless a settlement is reached where she gets literally everything she wants, it is unlikely she would entertain one.

and she would not be so intent on taking it to trial if she weren’t confident of victory.

She has zero banks on her side with her. Lol at going to trial.

Banks were happy to take bloated valuations since that meant getting more back w/ interest and the loans are not delinquent.

Are they complicit in the fraud?

Shit is too laughable. Maybe they will get something to stick with all the shit they throw against the wall.

Same song different dance. What’s the record of these idiots against Trump? Since you guys sure love throwing the election court case numbers around. 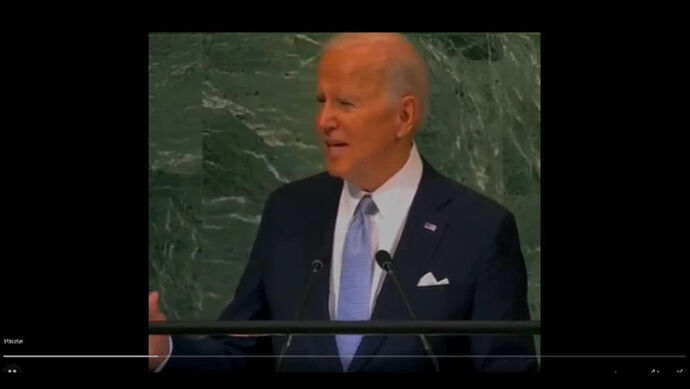 Biden vs. Biden -- On Using Force To Occupy Another Country

A dollar vigilante is a free market individual who protests the government monopoly on money and financial policies such as fractional reserve banking and un-backed fiat currencies by selling those same fiat currencies in favor of other assets, often...

anybody who thinks this is going anywhere is a fucking retard.

They’re really, absolutely, positively gonna get him this time.

I just know it.