Any version of Bonnar could turn Phil into a willing prison bitch.

I have always liked Bonnar. Drugs or not stepping up to save a card in Brazil against Silva after being retired took giant balls.

that pic of him and the chicks, is from London. he had just knocked the head off pretty much the only local guy who’d fight him, as far as I heard

Bonnar is multiple weight classes above Phil, so I should hope so.

Anderson was invincible at the time, the ultimate YOLO is getting juiced and fighting a guy that’s on a 16 fight win streak of crumpled bodies on short notice.

SB saving that card was awesome. It was also the last time we saw Matrix Anderson.

Can’t believe he called Bonnar an alcoholic. Where the heck would he get that notion?

At weight ins I was like, holy shit he’s ripped AF 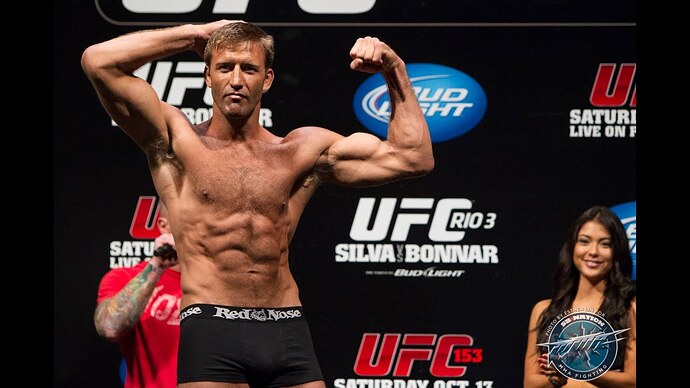 Is my memory failing me, or was Baroni not a massive booze hound back in the day ?

Baroni drunk tweeted this shit then deleted it. Probably not a work. Then again who knows.

Definitely not a work among people who are still “partying” as a lifestyle in their 40’s.

Yeah, I thought it was pretty obvious both of those guys are idiots and have abused/been addicted to many substances.

You know, looking at Bonnar’s record, I didn’t realize the level of competition he faced. Almost all his losses are to champions, except for a cut stoppage against Krzysztof Soszynski, which he immediately avenged with a TKO win in his next fight.

Aside from that he was beaten by Lyoto Machida, Forrest Griffin, Rashad Evans, Jon Jones, Mark Coleman, Anderson Silva, and Tito Ortiz.

A 15-9 record looks pretty bad, but when it’s against that lineup of champions including 2 GOAT contenders, it’s hard to judge the guy.