Obscure Anime I love and hope the OG would enjoy too

Neat, been meaning to check that one out.

I said i’d go back to Netflix if they got the 97 series or a new berserk series. So looks like I’m going back to them after cancelling my 15 year account back in 2018.

The accuracy there is not bad at all. About 95% right which is good enough for general knowledge.

It doesn’t note that -kun can be used by girls/women to address boys/men - this happens in my Japanese office everyday. Some of the guys are also referred to by the women as -pyon, which is the sound of a rabbit hopping. It’s a cute suffix of endearment and -kun is used in the same way only with less endearment/cuteness.

One girl in my office who likes to act like a cat calls me “-sama” which doesn’t fit any of the info on the site. It’s almost like an anime usage, where she is pretending I am a lord or knight. In that sense, it is not about higher rank but about showing closeness to me.

The rest would just be nitpicking so I will stop there.

I’m kinda weird when it comes to anime. I’m a little critical and don’t always understand it But I’m 8 episodes in and it’s been awesome. And I don’t know anything about cyberpunk.

Was always my favourite back in the day, such a fun flick

I haven’t watched any in ages because if hit a real skid post 2000. My favourites were always

Need to revisit them sometime

Another vote for cyberpunk it is so awesome. The animation, story, characters and language are all fantastic

Just finished it. It was very good.

Jujutsu kaisen 0 coming out on crunch in a couple days. MY BODY IS READY

Not big on anime but started cyberpunk because the game was awesome and its not too bad a couple episodes in.

Jujutsu kaisen 0 is a great movie if you like the show. Much better than the Demon slayer movie

I have not read demon slayer yet but I seen MeatCanyon’s parody of the show and it has my interest. 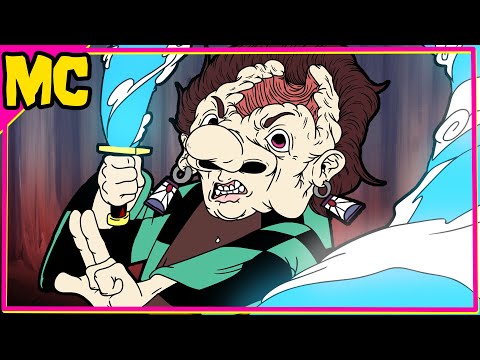