A really cool website for our inner children. You can track sharks and other animals and watch their progress.

Two cool ones I found were Breton. A 13 foot White shark that has been tracked for 12 years that just came up off the coast of SC two days ago.

And Louise. An 11.5 ft White shark that spent its life off the coast of South Africa. It surfaced second to last in Feb 2014, then the next one was March 2015 in the middle of the Indian Ocean headed to the north shore of Australia and never resurface.

Until the Japanese start using this to go fishing.

Lexi. 9ft Tiger with almost exactly two years between penultimate and final pings. Going from the Outer Banks making her way to Africa. 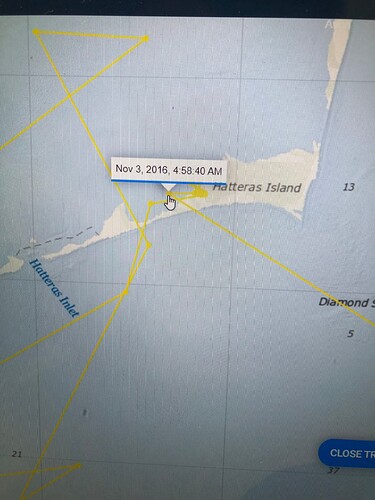