Listening to Iggy…made me wonder if Klynch are involved beyond round 3? Or at that point do they go with scout/coach picks? Farfetched? Plausible? No way?

What about Jimmy and the secondary?

What about Jimmy and the secondary?

Jimmy gets no blame after he only threw 8 passes vs the Vikings.

Jimmy gets no blame after he only threw 8 passes vs the Vikings.

Why would JimBob get blamed for the SB loss? 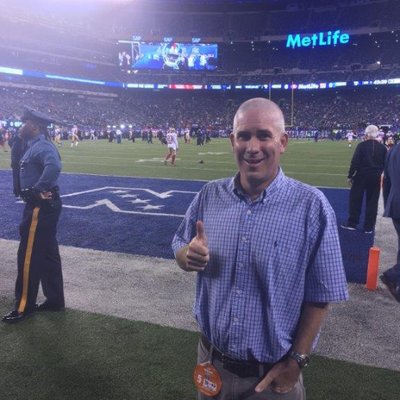 @Eric_Branch
I asked Kyle Shanahan today if there was any sense Brandon Aiyuk had taken his foot off the gas pedal a little bit after a strong rookie season. He began a longer answer with this: "Not totally." An alternative way to begin that answer? "No." #49ers
onepunchJD September 15, 2021, 8:41pm #72651

He missed what might have been the game sealing pass.

I thought that was the offseason conversation… that Jimmy was good but can’t win us a Superbowl?

I’m not saying that’s what I think… was just asking.

It’s not a game I have ever been in the mood to rewatch.
No reason to.

maybe I’m just being a homer, but this feels different than the Pettis situation to me. I feel like the staff has really fallen in love with Sherfield and that the type of formations we run, particularly with a lead means that we will have only 2 WRs on the field most of the game. I don’t doubt Kyle wants more out of Aiyuk but I am not panicking. Yet…

Sherf has definitely pushed Aiyuk…and with him missing time Sherf took advantage of the extra reps to stand out…cant be mad at that. This is really a test for Yuk to step it up or be bitter and sulk on the sidelines

I can be plenty mad about it considering they traded up to get Aiyuk and passed on Higgins, Pittman, Shenault, and Claypool. Traded up for Pettis, overdrafted Hurd.

If they win, it doesn’t matter, but it’s still frustrating.

They’ll get around to him, he’ll make a couple good plays, and that’ll be that.

It’s good that we have different style recievers… and good that the #3 guy is good enough to give him a run for his money.

Shanahan is to blame for that 3rd down throw. His ego got in the way. We all know Jimmy’s limitations. If you wanted to throw deep why not on first or second down? He should of called something to make fourth down manageable. He’s too blame for that and not running the ball anymore.

Shanahan is to blame for that 3rd down throw. His ego got in the way. We all know Jimmy’s limitations. If you wanted to throw deep why not on first or second down? He should of called something to make fourth down manageable. He’s too blame for that and not running the ball anymore.

But if it worked and they won,we wouldn’t behaving this conversation.
It was a makable throw and Jimmy had been clutch that season.

I blame both the offense and defense for having a subpar 4th quarter – relative to how they played all year – in the biggest game of the year.

For the most part, either the offense or defense were stepping up all season to cover if the other side was struggling.
In this case, both sides of the ball faltered when it mattered most.

The Niners were the better team overall, and they failed to protect or increase the lead.

One of the top handful of most painful games of my lifetime… Maybe #1.

The blame is shared, and Shanny shares in it.

But like I said… I have no desire to rewatch that game, and no interest in deeper analysis.

I like Shanny.
His Dad was a big part of one of the great offenses of all time, and Steve Young credits Mike for that success.
Kyle is following his Dad’s footsteps, and has family history with The Niners dynasty.
He is one of the better offensive minds in the league, and holds his players to a high standard.
Shanny and Lynch compliment each other.
There is not one HC in the league right now, that I would take over Shanny – not even Belicheik.

No coach is perfect, and that Superbowl still stings.

But IMO Shanny represents our best present, and our best future.

That’s two seasons ago and we’re only one game in. Time to move on lol

That’s two seasons ago and we’re only one game in. Time to move on lol

I still haven’t moved on from the SB loss to the Ravens… it’ll be another 10-15 years before I move on from this past one.

We weren’t ever supposed to lose a Super Bowl.

I’m expecting GSpot to shit the bed and part of it will be because of Brunskill and Glinchy. The interior D line better step the fuck up. CB’s won’t be an issue if they’re running it down our throats.