We know that NFL Rumors

This off-season isn’t going well for Deebo money wise. Mclaurin is a better receiver than Deebo, so if he doesn’t want to keep playing Wideback, he’s going to get less money.

I think deebo gonna do a ‘prove it’ kinda thing to show he can put up big numbers playing the WR position traditionally. If he balls out without running the ball he’ll get paid big about halfway through the season.

Only problem is that if Trey has a better chemistry with Ayuk then Deebo’s WR numbers arent gonna be there, and Niners also told Deebo that they wouldnt run him very much anymore, per his request. So if he’s running much less and getting less passes, whats his true value?

This off-season isn’t going well for Deebo money wise. Mclaurin is a better receiver than Deebo, so if he doesn’t want to keep playing Wideback, he’s going to get less money.

He’s really not that much better. Statistically speaking. Deebo has played 8 games less because of his injury. 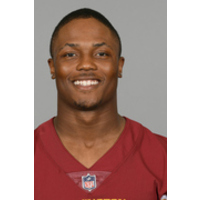 Checkout the latest stats for Terry McLaurin. Get info about his position, age, height, weight, college, draft, and more on Pro-football-reference.com. 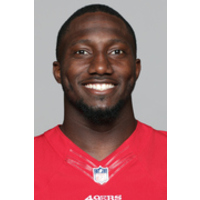 Checkout the latest stats for Deebo Samuel. Get info about his position, age, height, weight, college, draft, and more on Pro-football-reference.com.

How do you expect him to “ball out” on a team that actually has a QB now? JMHO He should sign a reasonable contract with as much guaranteed money as possible. He’s not durable and he’s not an elite player unless he’s used as a running back.

Comparing stats don’t mean much to me. Would Deebo have had the same level of success in Washington? Hard to say.

Comparing stats don’t mean much to me. Would Deebo have had the same level of success in Washington? Hard to say.

Not like he’s had a great QB throwing his way

IMO he needs to get the bag ASAP. i think it would be a bad move to play on a prove it deal

the stars aligned last season to make him the focal point of the offense. Jimmy can’t throw deep so the offense was all short passes to get the ball in Deebo’s hands and let him YAC it. RBs were hurt so he got touches out of the backfield. and he stayed healthy

now we’ve got Lance who seems to have a pretty good connection with Aiyuk. good chance Aiyuk eats some of Deebo’s target share this season. and Lance’s ability to bomb it doesn’t really fit with Deebo’s skillset as a YAC guy as well as Jimmy’s did. and we have more RBs so he won’t get as much play out of the backfield

i think he’s incredibly talented and we should re-sign him, but there’s a very good chance his numbers drop this season. if i were him i’d want to get paid now, even if he takes a little less than Terry or Brown

i think a deal similar to Terry’s is a good one for Deebo. 3 years, $71 mil. less than $25m a season, and team has an out after 3 years if he gets fat or injured

This or I’d want to get traded to a team that wants to pay me more.

Deebo is already 26, so he has 3 maybe 4 years to secure his future. He also seems to have poor kid, got rich overnight tastes that sadly he probably won’t be able to sustain.

He should be trying to make as much money as possible, thoughts of team loyalty and or a ring should be secondary.

We know he’s immature. He did graduate from from USC, with a degree in retail management.

i am hoping the AJ Brown and McClaurin deals opened his eyes to what he can realistically command on the market, especially since they’re represented by the same agent as him

graduate from from USC, with a degree in retail management.

What was your degree at USC?

He graduated from SCAR, you fuck

what’s everyone’s thoughts on the USC/UCLA to Big 10 stuff? pretty fucking wild. 100 years of tradition pissed away in a day. gotta think this is the death knell for the Pac