Well there was one consistent in that last 20 years. Mac Jones might just need to be his own man and run a different offense than Brady did

HOF can kiss my ass. Seymour (and Vince) not being first ballot was insulting. The game is more than stats.

I like seeing these guys so happy about it.

Quick name to maybe keep in the back of our heads: LaBryan Ray

Apparently he’s been turning heads so far this camp. Very highly rated coming out of high school to Alabama. Turns out he’s basically made of paper machete and stays hurt most of his college career and goes undrafted.

I watch Alabama like I watch the Pats. Been a fan since like 1992.
I do remember Ray but barely.
Even Barmore didn’t play that much there due to injury. Would be sweet if he turned out to be a starter or big contributor.

I know the sports media here absolutely hate matt patricia and joe judge but I’m not sure why. so they weren’t good as head coaches and no experience as offensive coordinators. I completely understand the notion that these 2 are probably not good choices to be running the offense. I agree with that idea. It seems like the media here actually hates these 2 though. Why?

they didn’t moan and complain when Mayo was/is “running” the defense (or part of it) and he had absolutely zero coaching experience of any kind before being handed that position.

If what they are saying is even half true, this is going to be a rough season.
In reality, if miami has their shit together, we could be in trouble for even 2nd place in the division.

I am not in the area so i dont hear local media but lets not forget McDaniels sucked at bieng a head coach in denver and thought tebow was the future, oops. I know judge was bad but it also seems that daniel jones just sucks. Is it confirmed that its not going to be bill calling plays? 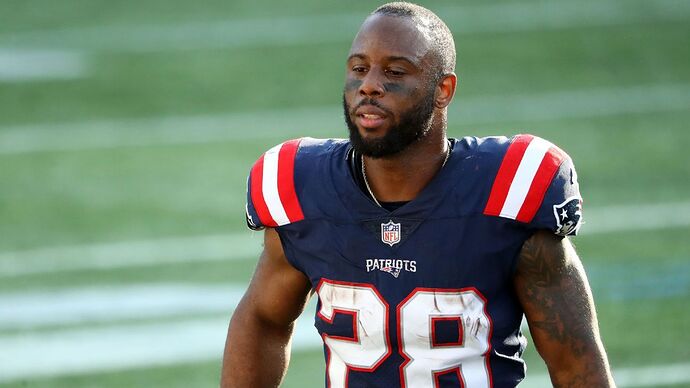 Patriots running back James White announced his retirement from the NFL on Thursday.

Thanks for the great years

That’s the funny thing about the media here…they basically shit on whatever they do because Boston fans are miserable in general, so it’s what sells. For example…if they promoted Nick Caley to OC, the local media would be all “can you believe they promoted THIS GUY? He’s never been an OC at any level, what a joke!!!” Yet McDaniels poaches Mick Lomardi for OC and nobody says shit…reports for years were that Caley was the best guy behind Josh, and was a likely OC in the future…yet I don’t hear the “Raiders hired THAT guy? lolz” and it’s all about how OMG how will the Pats survive without Josh and Mick?

Anyway…I think it’s pretty clear what’s happening here. BB knows this isn’t a superbowl team. Not saying they’re gonna suck, but they’re not as good as several AFC teams. BB isn’t stupid, and certainly isn’t optimistic, so he knows what he has and is saying “this is the year we should install the new offense” because he didn’t want to do it under Brady, didn’t want to do it with Josh still here, and knows year 1 is going to be tough. So it makes sense to do it in a year in which they aren’t winning it all, but have a young core in place that will be in better shape next year after dealing with the growing pains this year.

The reports are they look like shit, but we’ll see. I expect them to be right about what they were last year…a fun, scrappy little team that wins most of the games they should, keeps it close with some good teams they shouldn’t, and finishes like 9-8, or 10-7.