Also says Espo was game 745, so something isn’t adding up.

Gretzky’s point totals are beyond insane considering no one else has ever gotten to 2k and he’s at 2857. He has 936 points more than anyone else.

hmm i saw it during the game maybe i didnt get it right, def possible

Also says Espo was game 745, so something isn’t adding up.

Maybe he was thinking during his prime years? Espo was an absolute animal once he was shipped from Chicago to Boston.

Holy. I didn’t know that

ahh so points as a bruin is what i missed i guess? 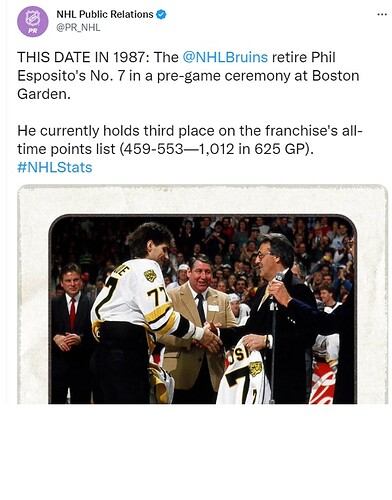 Until Ovi, he was the best pure goal scorer I ever saw.

Really sucks he was derailed by injury.

Malkin getting honored in Pittsburgh for his 1,000th game the other night. He got the shootout win with a nice backhand and then completely failed trying to toss his stick into the crowd lol

r/hockey - Malkin tries to do the stick toss celebration, but fails to clear the... 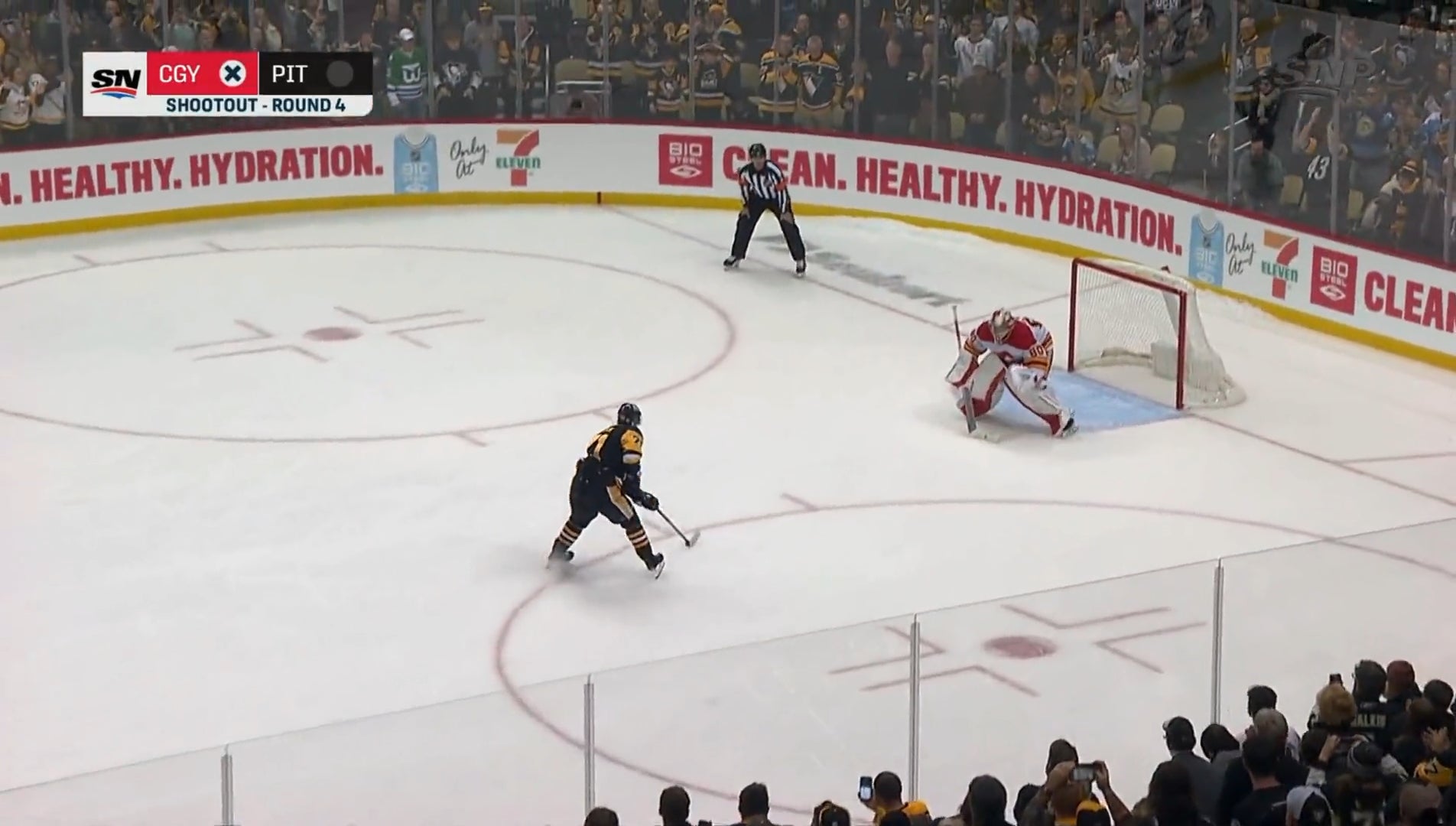 Just kidding. I use Reddit once in a while so they work good for me.

I visit reddit occasionally for sports news and thats about it. Do my best to avoid the rest of it lol

It’s also a totally different game today. Gretsky was hardly never touched or injured in his career. He was protected by enforcers. Today he wouldn’t do half that number because he would be injured a lot more.

It’s also a totally different game today. Gretsky was hardly never touched or injured in his career. He was protected by enforcers. Today he wouldn’t do half that number because he would be injured a lot more.

who stood on the dot waiting for their teammates to do the work and constantly feed them except Brett?

I don’t think this is accurate at all. Think guys like Potvin, Chelios, Probert or all the goons on Calgary went easy on Gretzky? With all the hooking, holding, slashing he took more abuse than any players do today. Especially the first half of his time with Edmonton.

The game is so soft now in comparison.

Games missed would not be a reason he would score less. Not a chance.

Watch Billly Smith two hand him across the ankles and tell me there’s anyone in the league today that would do anything close to that.