The future is most certainly multichain.

I keep hearing this. But see nothing of any actual value or use. I do see one chain after another being either hacked out of credibility, rugged and dumped by founders and VCs or completely wiped out because of shitty economic models.
Don’t kid yourself. Just because it’s early now, doesn’t mean this is going to persist. It’s not about one ruling them all, that’s just some fairytale shit, it’s about what’s realistically secure and relevant long term. Scarcity and most secure monetary policy make Bitcoin the winner by default.

You guys should buy Hex lol

So the issue with this is an extremely narrow view of the benefits of tokenisatiion.

Bitcoin is not a viable medium for NFT’s or tokenisation of real world assets.

Smart contract attempts are slow and clunky so far

Other chains are 100% needed to create the web3.0 world.
And shock horror
Decentralisation is not needed in all things.

Sure for the basic use case of “money” the BTC movement is correct for all other things crypto currency blockchain and tokenisation related, you are wrong.

Bitcoin is not a viable medium for NFT’s or tokenisation of real world assets.

This is by far one of the dumbest things you’ve ever posted on the subject.
You do realize NFTs started on Bitcoin and still to this day NFTs are minted with Bitcoin. And “Tokenisation of assets” is scammer word salad unless you’re using the only fairly distributed token in existence.
Governance on almost any other token leads to it being centralized, and if it’s centralized it’s controlled and can be mismanaged, or worse, manipulated by the stake holders. If it’s centralized then why do it on a token anyway, unless it’s a fuckin money grab? There are no good trade offs other than the unregulated aspects of it. Leaving ALL the risk on the retail investors.
Besides, even if a centralized project wants to go there, it’s ultimately garbage because the legal frameworks are not there to keep shit clean, so no courts are upholding any legitimization of digital assets to protect the real life assets.

Web3 is a dream being sold by tech VCs to gullible idiots. I’m not buying it.

Cool that’s your prerogative tokenisation of assets is not merely a money grab that is akin to saying moving to dvd from video was a money grab to resell old movies.

BTC is not fit for nft clutter and is slow as fuck therefore unsuitable for trading and the daily usage that the modern world requires. Which is exactly why people moved away from both BTC and Ethereum for NFTs. This demonstrates your lack of understanding of real world assets if you think that one could tokenise the inventory of say Amazon on the BTC chain then you have another think coming…

You do not have to buy in. The vast majority of the world will and begrdudgingly.

You WILL be involved in centralised shit coins (if you want to put it that way, )ecosystems. I guarantee you are still involved in fiat.

Centralisation is required because there are far too many encumbent processes and procedures that are already centralised and within the sovereign remits of international law. Owners of things do not trust “code is law” and will always want legal entities to face off with.

Much as we would all love to be in a libertarian utopia, this is not the reality we live in.

By all means I would welcome the
NWO/ communist revolution that ‘nationalised’ all existing assets and then redistributed them to the decentralised world Dao. But it ain’t happening for a few more generations bud.

Cool that’s your prerogative tokenisation of assets is not merely a money grab that is akin to saying moving to dvd from video was a money grab to resell old movies.

This is another shitty analogy. Your vision of tokenization of assets is not a more efficient and better quality alternative. There is no security risks with DVDs that didn’t exist with VHS. It’s a faulty comparison. The security of those altcoin networks is highly questionable and historically a bad idea.
Most of what you’re talking about totally disregards the security problems involved.
You’re obviously very optimistic about it, but it just doesn’t work in the real world.

There is absolutely no need to tokenize the whole inventory of Amazon lol you’re not living in the Metaverse bro. This is ridiculous hypothetical fairytale shit you’re acting like is a necessity. It’s just nonsense. 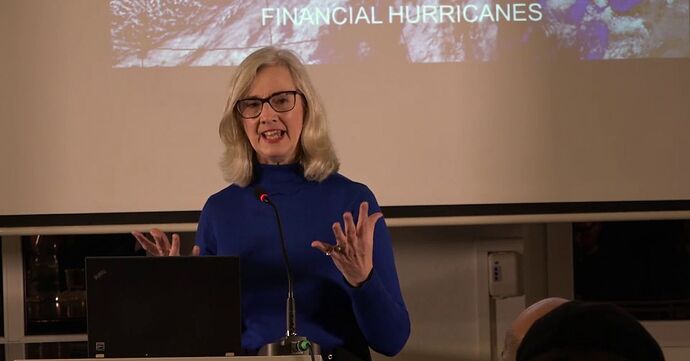 The idea of everyone issuing their own tokens, and transacting freely without government involvement, is nothing but a lovely dream. 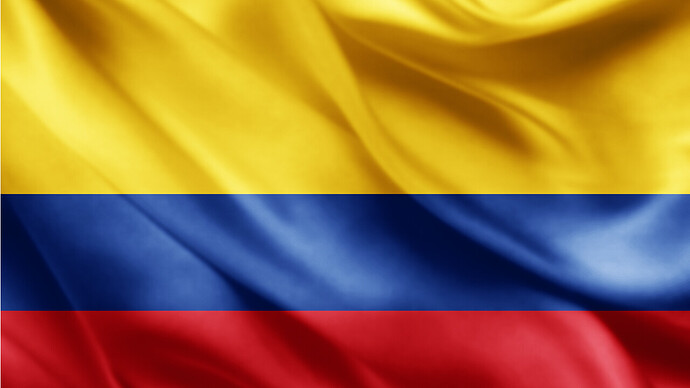 Colombia to Use Ripple Ledger to Issue Land Registry Certificates –...

The government of Colombia announced a new system that will allow it to use the Ripple Ledger to store and authenticate land property titles. 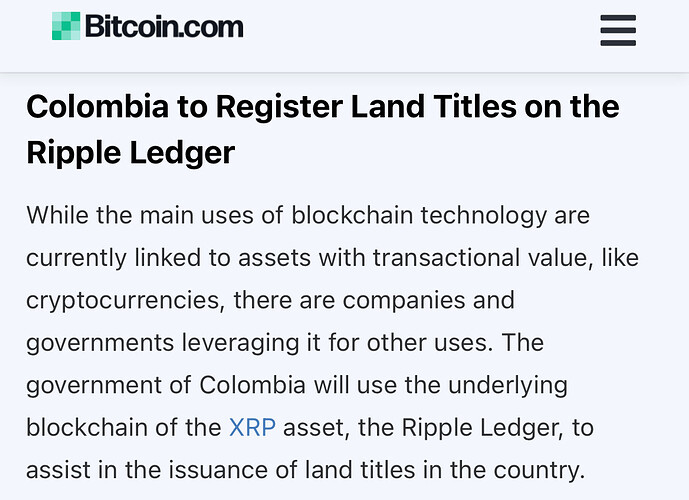 Indonesia is currently working on placing the land registry on the blockchain.

Blockchains are.inherently secure. Humans are the point of weakness in most hacks that have occurred especially when involved in bridging from chains to chain that doesn’t mean that a closed system is vulnerable.

Of course I’m bullish on this and the MetaVerse given that I do this for a living. And given the money the company I work for is raising pre proof of concept.a lot of extremely smart people also believe in the process.

No ody has really rolled out any proper real world use case yet. We are working on it.

From real estate to designer brands and even wine.

And the real scope of what the MetaVerse can be used for is not some pixellated piece of shit game with no legal analogue or revenue generating counter part.

Now you will have to wait a couple of weeks to see what I’m working on and you will probably still be a naysayer. Never the less it’s happening and.you putting your fingers in your ears saying bah humbug will not stop it. 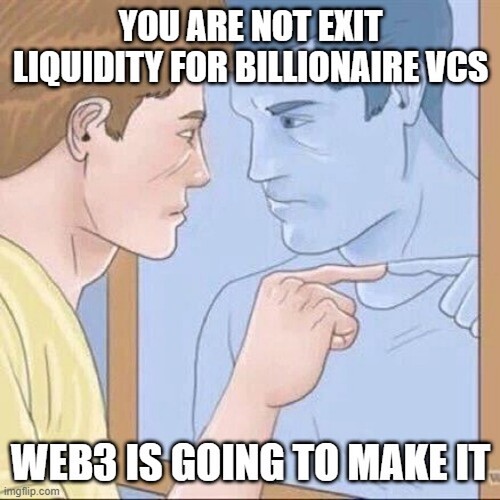 This is classic not in the bizz bullshit. Do you know how much projects pump in prior to even getting VCs interested?

VCs are exit liquidity for private round and seed investors.

VCs only dump their shit when founders go off the rails.

And don’t get me wrong Im a fucking socialist at heart but the game is the game.

You have no choice. Opting out doesn’t affect the game. It just takes you off the board with even less influence than you had when you were playing it badly.

VCs are exit liquidity for private round and seed investors.

Private round and seed investors are VCs too, lol this is quibbling shit.

If you are in the biz, then you should know that.

Not all VCs are bad but the fact is, they benefit for the most part, no matter what. And retail gets left scammed and holding bags.
You want to play in those playgrounds, go ahead. Just can’t trust anything you say when you try to justify that shit as some next level progress for the future. It’s just business as usual for the wealthy.

None of the seed we’ve raised has come from VCs. And we are endeavouring to keep them out as long as possible.

Always a good idea to bootstrap as long as you can. Project I’m involved with as well has bootstrapped through Angel investment for the last 3 years and probably look for VC investment in the fall/winter. 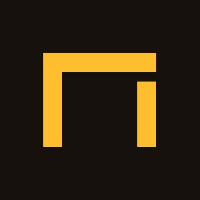 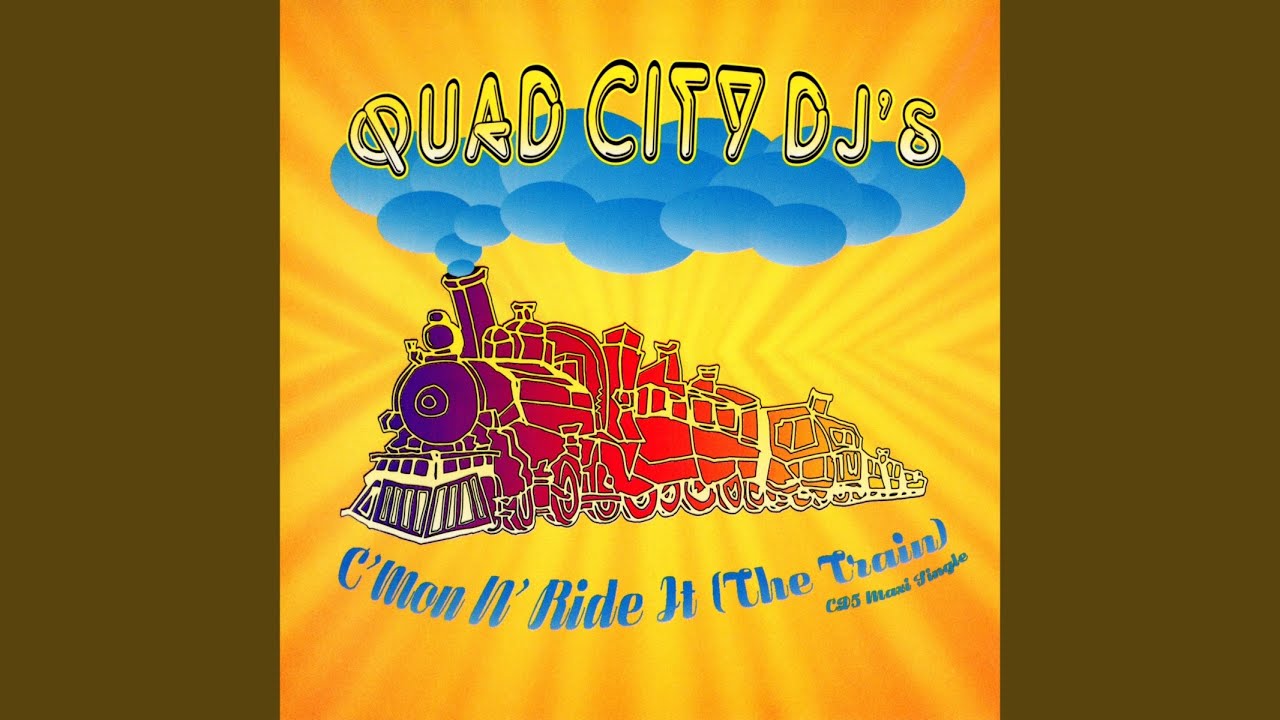 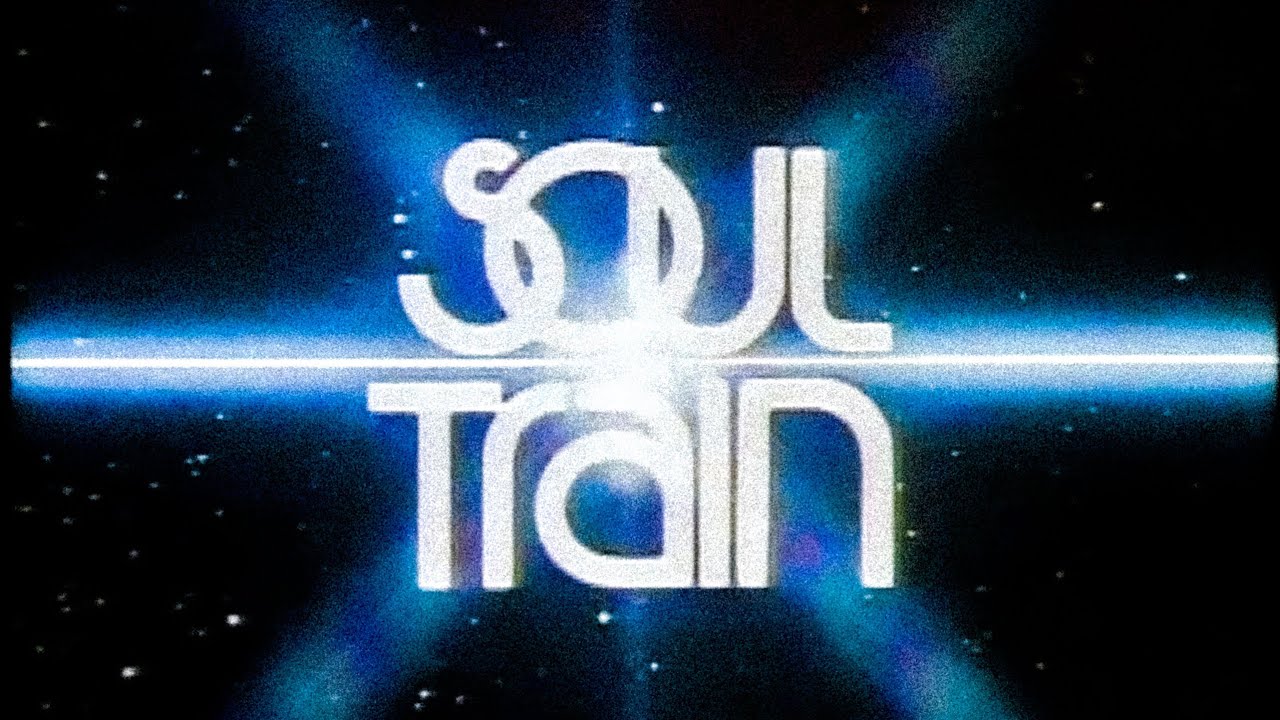