Thought rose was a lock but the wife said she’s unpredictable so luckily didn’t bet on that. Also thought Gatto was a lock after stopping Eubanks, luckily was too lazy to go buy the ticket (having to walk and buy the ticket saves me often).

The promotions have really slowed down around here lately, not much to bet anymore. We’ve already had one operator leave town, I hope this doesn’t mean the party’s over.

Afternoon boxing and USFL, not always ideal but it’ll do

Pretty big on Taira tonight plus he is closing on a 4-leg parlay.

Who do you guys have for tonight? 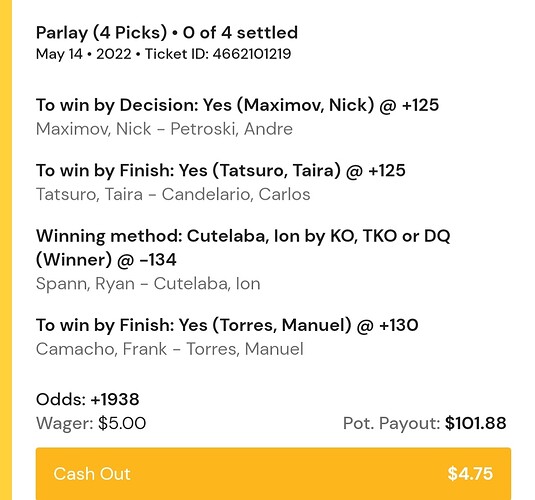 Davey Grant is a stud, but wondering is Smolka can clip him with his hand speed? 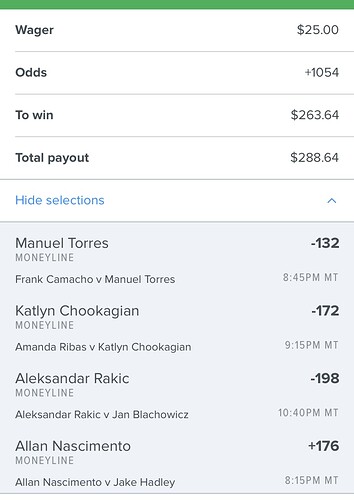 No idea who any of them are lol good luck me

Feel like Blacowicz has faced better competition, but no spring chicken.

Back in for the next ones. Suck my dick vegas.

Pocked Tatsuro ML got back a little…big favorite.

Picking this next chick fight to go the distance

so I made a rare exception and did a parlay last night, araujo to win and chookagian/Ribas to go the distance.

Thought it was over when araujo got dropped and then head kicked lol but then Lee seemed to have a mental lapse in the second, diving for an ankle, so I thought I still had a chance to win.

Can’t believe Chookagian won, that was depressing, I was sure ribas won, they should just give her a title shot anyways for her performance.

Had a 3 team parlay last night

Once again, all women’s fights going the distance. Definite strategy there…

I’m rarely getting 2-1 because MMA parlays are so hard. 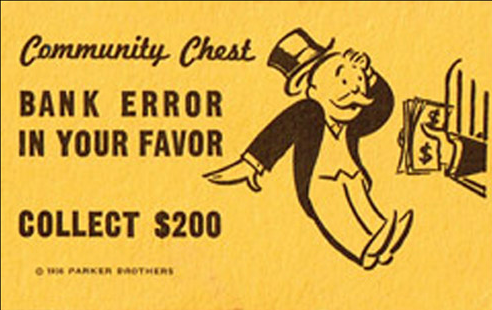 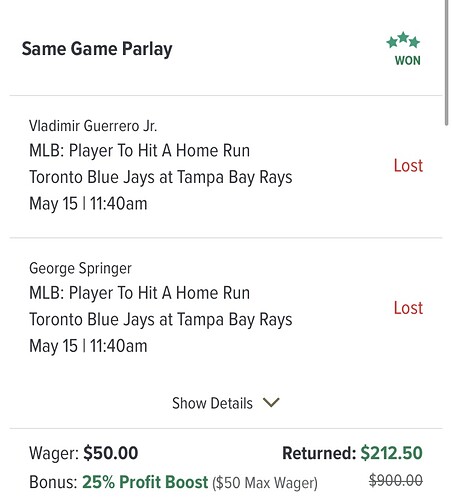