Doc, thank you for answering my previous questions. What do you think about the views from Dr. Peter McCullough? Why isn’t there treatment for the sick? Why quarantine them without medicines or advice?

He clearly has credentials, and I agree with things he said.

But there’s a lot of disputable things too, as well as things that are borderline lies. For example, colchicine. I was the biggest supporter of that drug. The trial he talks about was headed by friends of mine in Montreal, so my bias in favor of that trial was huge. I even put the preliminary results on here the day they were available.

He claims for example: “There is a 50% decrease in mortality and not one word of it !!!” He should have been more scientifically honest. That difference was NOT statistically different. To quote the study “In community-treated patients including those without a mandatory diagnostic test, the effect of colchicine on COVID-19-related clinical events was not statistically significant.” The other outcomes were not primary outcomes.

Since 60% of patients who get COVID are asymptomatic, and since over 90% of patients never end up at hospital, any treatment will be unnecessary in the majority of patients you treat. That’s called patient selection, and that’s why you don’t give corticosteroids to everyone. If I did, I’d kill more people with it than without it.

I read his paper, but it really isn’t doesn’t compare to the systematic reviews and guidelines that have been published and who follow a MUCH higher level of methodology.

Another long form podcast(3+hrs!)worth listening to. One of the guests is Dr. Robert Malone, MD, researcher from the Salk Institute who invented both mRNA and DNA vaccines. 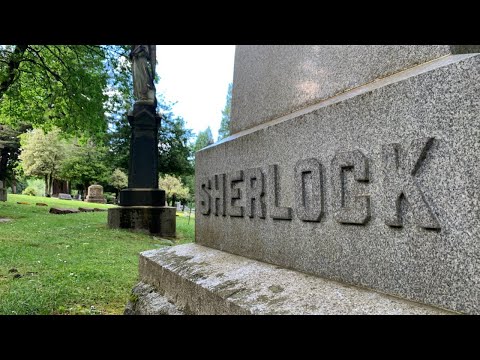 Thx. @EFM also wanted me to comment, but I ain’t got time for a 3 hour video

I just read turducken quick synopsis. Supposedly, he makes points about the dangers of the Spike protein, which is a fair postulate.

He also discusses Ivermectin being suppressed. If this is true, I do not share the opinion. There are more than 20 trials currently. The evidence simply isn’t compelling to support an EUA. But physicians can still prescribe it off-label.

But physicians can still prescribe it off-label.

Its worth watching in pieces if you can find the time. Beyond the spike protein issue, they also discuss the distribution of the novel lipid nanoparticles throughout the body and potential concern there…mainly seemed to be a concern in the areas where concentration actually increased from time of injection over 48hrs and was still going up at that time(ovaries and bone marrow). He talks about how fertility issues may not show up until the next generation, also the need to look out for leukemias, lymphomas, and autoimmune signals that may or may not appear in 3ish years. Not that these are expected, but just that we don’t know. Dr. Malone is also a regulatory expert who works with the government(primarily seems to be DoD and FDA) so he gets into some detail about exactly what was different about the process these vaccines went though to gain authorization vs the usual licensing process.

The one bit of good news is that Dr. Malone says the signal for antibody dependent enhancement that he was watching for before being vaccinated himself never materialized(and doesnt seem likely to).

Also I dont think that is universally true regarding ivermectin. There have been instances of people actually having to get a court order to force to use of ivermectin. Many of the big hospitals will not stray from NIH guidelines for liability purposes. Also, their comments come after communicating with people in Biden’s cabinet, at the WHO, and in public health agencies in India, to name a few. The other guest is a silicon valley billionaire who started some kind of an organization that pushes for early outpatient treatment rather than the initial standard of care which was basically go home with no meds and dont come back until you’re hypoxic and seriously ill.

The conversation is interesting because of who is speaking, its not just another MD who has an opinion that differs from Fauci.

For Astra from what I’ve read there’s actually better protection at 12 weeks. That’s why the restriction.

It’s bogus that our health officials are giving the excuse that they are not allowing AZ folks earlier second doses because “the data points to 12 weeks being optimal between doses.”

First, that’s only for AZ, and the actual reason they stretched it to 12 weeks wasn’t based on an optimal immune response, it was due to not having enough AZ vaccine that forced that move. Otherwise they would have just stuck to the clinical trial spread of 28 days, for which they had data. It has always been best case scenario to have people fully vaccinated as soon as possible, at least in line with the clinical trials. Only lack of vaccine forced their hand, and they have tried to make a virtue out of the necessity “Don’t worry, it works better when we delay your dose anyway.”

But it’s clear that the Delta variant puts pressure on getting 2 doses in to people as quickly as possible.

But the MAIN thing is, as I wrote, that we who got AZ first shot are allowed an mRNA follow up, but not allowed to accelerate our second does like those who got mRNA first. When asked about this some health official said they are still going by 12 weeks as the gold standard for AZ, which completely ignores the fact that:

When the government announced they were endorsing mixing of vaccines they had cited studies such as the one in Spain for justifying this move. But the Spanish study in which AZ was followed up with mRNA shots included participants who recieved the mRNA follow up at 8 WEEKS! And a robust, bettewr-than-2-shot-AZ immune response was indicated.

So it’s absolutely bullshit to keep using the 12 week AZ talking point to wave off demands for an accelerated second dose, when it’s the availability of an mRNA vaccine follow up that changes the equation.

so all of that to say you’re getting an mRNA for your second dose? If so, yeah, there really can’t be much data to make an informed decision on a delay.

My personal favorite was the first month or so of the pandemic when Quebec was saying over and over that there was no community spread so not to worry, but they refused to test anyone that hadn’t traveled or had been in direct contact with someone who was positive!