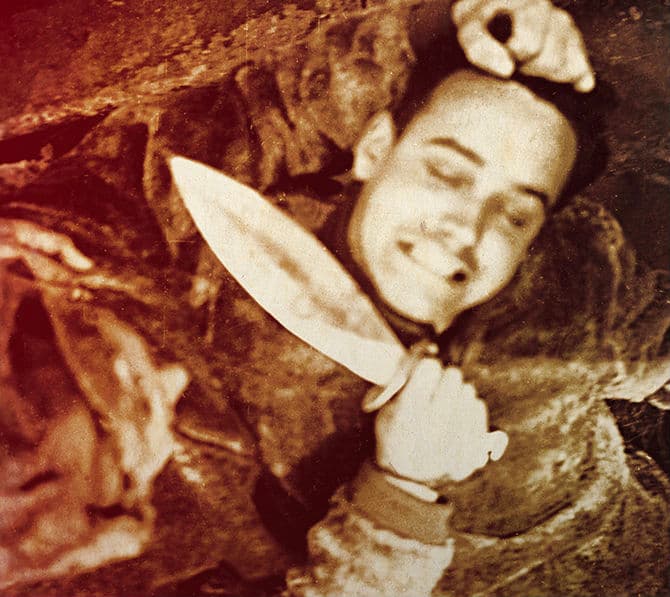 "Considered a legacy unit of U.S. Army Special Operations Forces, the Office of Strategic Services (OSS) has assumed almost mythical stature since World War II. Several OSS veterans, among them Colonel Aaron Bank, Lieutenant Colonel Jack T. Shannon, and Majors Herbert R. Brucker and Caesar J. Civitella brought unconventional warfare (UW) tactics and techniques to Special Forces in the early 1950s. It should be remembered, however, that the short-lived OSS (1942 to 1945) had two basic missions: its primary one was to collect, analyze, and disseminate foreign intelligence; its secondary one was to conduct unconventional warfare. The first, executed primarily by the Research and Analysis branch (R&A), was considered the most important during the war.

It is the second mission of UW, however, that has received the most attention since WWII. It was this element of the OSS that provided the most exciting stories and which was cloaked by an aura of secrecy and mystery. This section is designed to serve as a primer on the UW elements of the OSS. It is not an exhaustive look at the OSS, nor does it address every OSS function or branch. Its intent is to provide the reader with a basic understanding of what missions the separate OSS branches had, what the main operational efforts were, and where they took place geographically."

Damn, that could be a very early smatchet. Do you have any more info on this pic?

I have proctor slings on my ARs

Everybody lokes cool gear nowadays. People LOL’d at me when I used to show up wearing alice belt (brass buckle) and the old blackhawk padded waistbelt under it. I hung a chopped safariland M9 holster modofied for high thigh/low hip carry, 3 mismatched mag shingles for fighting load on left side and an old alice mag pouch for 3 mag sustainment on roght. A dump pouch and a traima kit both industrial zip tied to belt.And I was only guy without an optic.

At a class ater a run&gun drill I had a SEAL ask me "who are you with?“

I told him I was an underemplyed stay at home dad for 15yrs.

AKA: a trained professional.

Had I been in the gallery, I would have cheered for you, lol

Mags are loaded, fresh batteries in the Walkers, and with some B8s I am ready to have my ego good and crushed tomorrow lol. Gotta help my boss sight in a couple of new rifles first then I can get some work myself.

Going to be too many people to even break out the timer. But Im going to see if I can make myself cry with the B8s at 25 yards lol. Fuck those things at 25, especially doing anything timed. Maybe I will go super early and break out the timer for a quick round of No Fail to make myself feel like the trash I am 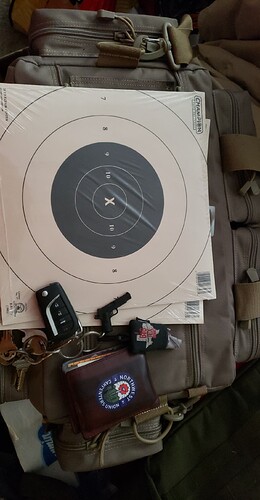 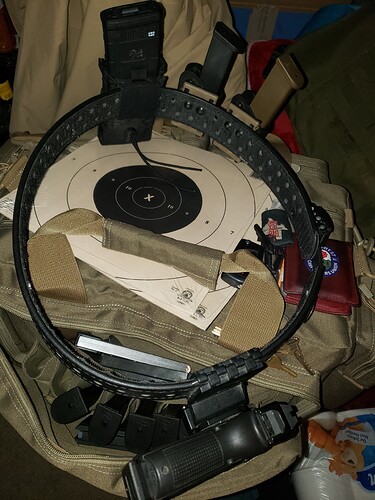 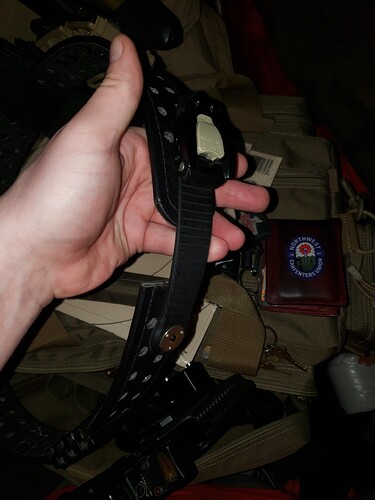 Also here is the Safariland ELS belt I was talking about earlier if anyone hasnt seen one yet. Big fan of the modular mag pouches and the countless attachment points for them. They have rifle mag pouches as well but Im just using a HSG taco on there.

Add a QLS holster set up, and you can go from single stack to double stack, swap guns out it in seconds.

The carbon arms ratchet I added is dope, basically just a roller blade ratchet that lets you adjust the tension on the fly. Pretty popular in competition.

The belts normally set up backwards with the buckle in back, so you can have the more space for shit up front. You just trim the belt a bit, giving yourself some room for weight fluctuations, and add the ratchet. Super convenient.

After a few years of using it. Im a pretty big fan of the ELS set ups, and I can see why people reccomend them.

If anyone one is ever looking for a range belt/action shooting type set up instead of going full battle belt set up, the Ben Stoeger Pro Shop is great as a one stop shop, including full kits complete with holster, belt and pouches in a variety of price ranges. Big fan of that dude and his books, and his podcast lol.

Ben Stoeger Pro Shop has a large selection of USPSA, IDPA, IPSC, and 3-Gun Gear, Guns and Parts to help you train and shoot better.

I was fucking around on Instagram the other day and saw a picture of Bob Vogel, Matt Pranka and Ben Stoeger standing around. It made me incredibly proud of Bob to see that.

That’s right! I figured half of it was a drunk rambling about the past.

Wait…so he’s not a badass? What a twist…had me fooled as I can’t remember seeing any of his fights.

Fiz is back. I was worried about you buddy

By degree, compared to any of us mortals they’re all some bad mother fuckers. However, that individual wasn’t very adept nor successful.

Same here. Sent him a PM a little while ago.

Fiz is back. I was worried about you buddy

Been fighting off getting buttfucked by Biden admin, tax man and IG’s new algorithm. Desperate for some time at range but daughter is 2 so my available hours decrease every week.

Actually I have a bone to pick with you, sir.

Gods blast your eyeballs for making me want a USP. Can’t I find anything better to do with 900 bucks?!?

Actually I have a bone to pick with you, sir.

Gods blast your eyeballs for making me want a USP. Can’t I find anything better to do with 900 bucks?!?

Wen cant buy them in Ca as of a week ago. That really fucked my 10mm plans for a while

I’ll buy two at that price.

Anybody in dallas or richardson texas?.. I gotta be in richardson for a couple days next month. Any good gun shops I can find a 45-70 Marlin guide gun to take home with me

Those inner Velcro belts can help shore things up.