Here is my Trudeau story.

One day out of the blue, he comes around with his frat boys and starts talking shit, making fun of me. Completely gratuitous. I had never interacted with him.

I just shrug him off but the guy is persistent. Relentless smack talk. After 30 min of this, I ask him if he’s done. Nope. I’m not big and I’m more of a lover than a fighter but at some point, ego steps in. He brings my bro into the conversation. It’s go time.

It was mostly a hustle and tussle kind of battle. But at some point a teacher passes behind me. Typical Trudeau, he stops fighting and feigns victimhood. Problem was, I didn’t see the teacher so I’m not relenting. As soon as he turtles up, I club him with a few well-deserved right hooks. Teacher steps in and stops it. Cecil Peoples calls it for me. We get detention but that was the end of it.

Forward a few months, I’m playing pool. The fucker decides to bull rush me (he actually sprinted) and cross checks me from behind. I never saw him coming. I’m in pain. I’m hurt. Yet, Trudeau forgets the most important point: I’m holding a weapon (cue stick). Not unlike a Kendo master, I smash the stick to his head, knocking him out instantly. I got suspended a week. I became a hero.

Seeing who he is today, he doesn’t seem to have suffered brain damage from the shot. He’s the same old dick.

Too bad he didn’t crack his skull off the floor when he got KO’d.

If there was an Only Fans with video of the incident, I’d subscribe for life, maybe even with more than one account.

If any other OG’ers want to memorialize the OG doc and Trudeau Hunter Mataleo let me know.

I will be taking orders $17.50 USD (taxes in) + shipping ( I’ll give shipping options and you can choose how you want it shipped )

Just want to bring the OG together and what better way than to commemorate the beat down of Justin Trudeau by one of our very own! 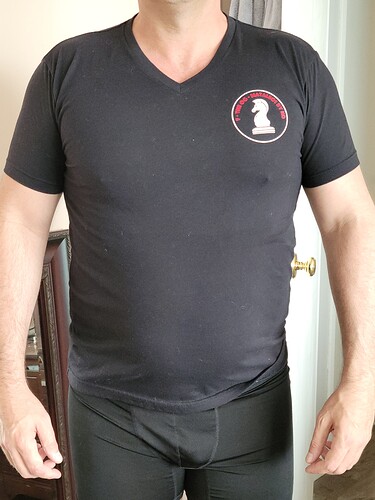 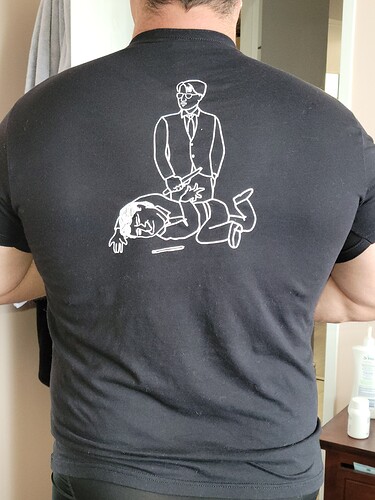 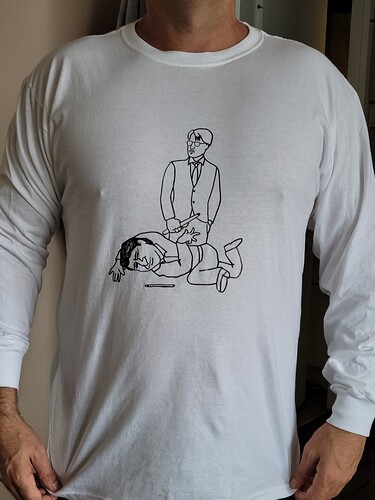 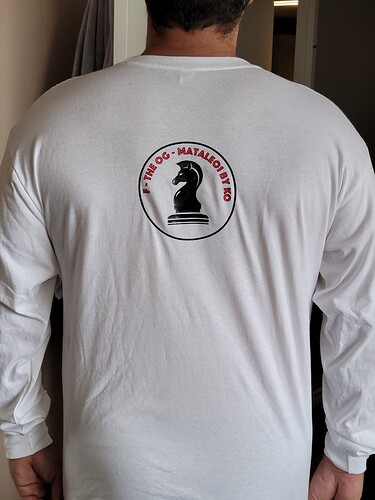 You sir, are doing God’s work by keeping this memory alive.

Matty is a good man. Better than Canada deserves!

Dougie let me know what’s up with your fight club whisky orders. I’ve been wanting some for forever!

Going forth, all of my “Dougie’s Fight Club” whisky will be shipped wrapped in these t-shirts.

That’s two birds one stone for me!

Medium please!!! And a couple of large for my friends