Oliveira Anoints Himself ‘ The Chosen One " 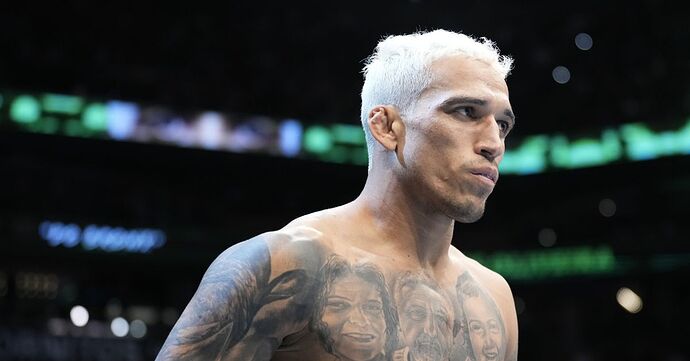 Charles Oliveira anoints himself ‘the chosen one,’ headed toward GOAT status

Charles Oliveira says though he isn’t the greatest lightweight of all time just yet, he considers himself to be the chose one. 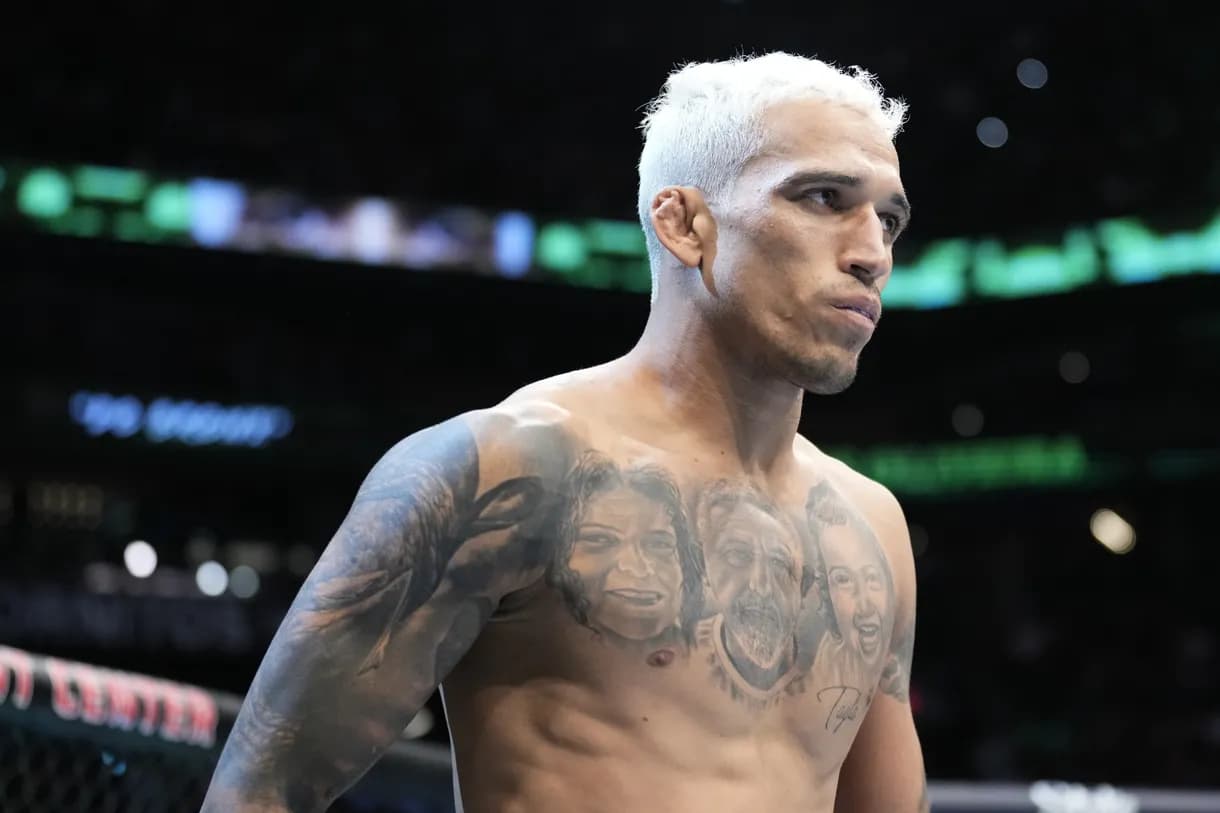 LeCon James already tattooed himself with that.

If not for coming in a half a pound heavy for his fight against Justin Gaethje at UFC 274, Charles Oliveira would have notched his second-ever title defense of the UFC lightweight title. Instead, “Do Bronx” was forced to vacate the belt following his submission win over “Highlight” in the very first round (see it here).

But following his eleventh straight win, Oliveira is riding high with confidence more than ever. After all, we haven’t seen a run like this at 155 pounds with the exception of Khabib Nurmagomedov, who went 13-0 during his time with the promotion with two title defenses before retiring at a perfect 29-0.
But given his past track record of entertaining fights and current run, “Do Bronx” feels he is “the chosen one” and will rule the division for years to come.

“Most bonuses. Most submissions. Most finishes. What else?” Oliveira said on this week’s episode of MMA Fighting’s Trocação Franca . “I’m breaking records. There are no arguments against facts. I’m the chosen one. That’s the reality.”

Stopping short of calling himself the greatest lightweight of all time, Oliveira says he is on the right path to eventually surpass Nurmagomedov and B.J. Penn, who at one time held the crown.
“I’m getting there. I’m becoming one of the best of all-time. I don’t think [I am] yet. One step at a time. I’m up there. We have to keep our feet on the ground, be humble. Let people think that. What do you think, am I the greatest of all-time? That’s the question,” he added.

“My age, 32, with records of most submissions and bonuses and so many other things I have to start writing down so I don’t forget. Lightweight champion, 11 wins in a row. Of those 11 wins, only one decision. We’re happy.”
For Oliveira, the journey seems to be just getting started and he finds solace in the fact that even though he isn’t technically the champion anymore, no one has beaten him for the belt. He also maintains there were issues with the scale, despite officials saying everything was on the up and up.

“I’ll still make more history,” Oliveira said. “No one took my belt from me. I made weight, I’ve always made weight. There were those big problems but no one will get this off my head. The champion’s name is Charles Oliveira, and I’ve showed that one more time.

Now that Oliveira is officially the No. 1 contender (see the rankings here), he will attempt to win back the belt when he takes on another deserving foe later this year. The other half of the equation, though, has yet to be determined. 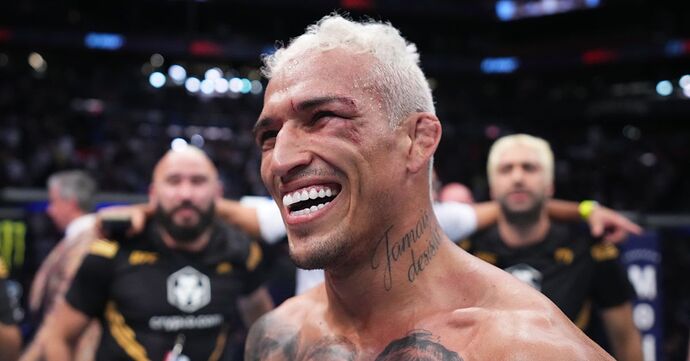 Charles Oliveira won’t call himself lightweight GOAT yet, but ‘there are no...

Did Charles Oliveira cement his place as the greatest lightweight ever with a first-round win over Justin Gaethje at UFC 274? 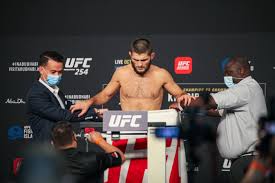 “But following his eleventh straight win, Oliveira is riding high with confidence more than ever. After all, we haven’t seen a run like this at 155 pounds with the exception of Khabib Nurmagomedov, who went 13-0 during his time with the promotion with two title defenses before retiring at a perfect 29-0”

His current run is more impressive than Khabibs.