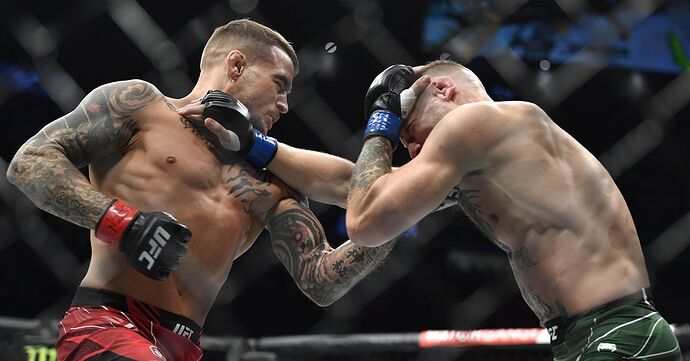 The lightweight title is expected to go up for grabs in December as Charles Oliveira vs. Dustin Poirier is targeted to headline the upcoming UFC 269 card. 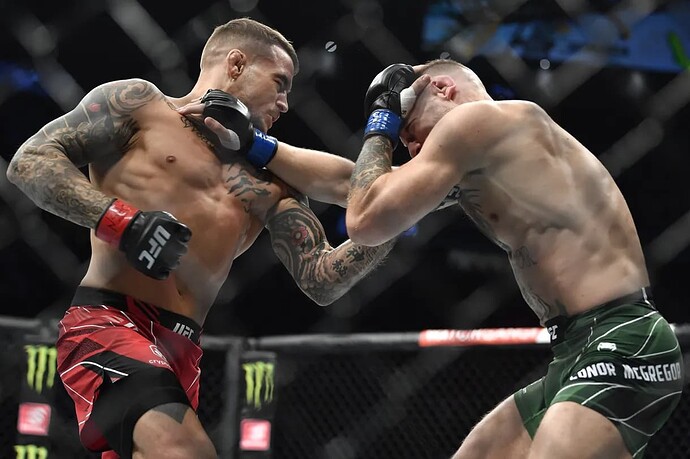 A highly anticipated lightweight title fight is being targeted for the main event at UFC 269 as Charles Oliveira is expected to face off with Dustin Poirier on Dec. 11.

Multiple sources confirmed the plans to MMA Fighting with verbal agreements in place from the athletes, although no contracts have been issued at this point.

Following a second straight win over Conor McGregor this year, Poirier stated that pursuing the lightweight title was likely the next move for him after he actually passed on a shot at the belt in favor of a third fight against the Irish superstar in July.

Despite not having the UFC title around his waist, Poirier is still ranked No. 1 by the MMA Fighting Global Rankings in the lightweight division. Overall, Poirier has gone on a ridiculous 7-1 run in his past eight fights including two wins over McGregor as well as victories against Max Holloway, Justin Gaethje and Dan Hooker.

His only blemish during that run came in a title fight against Khabib Nurmagomedov in September 2019 but he’s since bounced back with three wins in a row to remain atop the lightweight divisional rankings.

As for Oliveira, the veteran Brazilian has been on a tear ever since permanently making the move to 155 pounds after depleting his body for years to compete at featherweight.

Oliveira has won nine fights in a row including victories over Tony Ferguson and Kevin Lee as well as his knockout win over Michael Chandler to become UFC champion back in May.

Since that time, Oliveira has been waiting to find out the first challenger to his title and now it appears he’ll draw Poirier in December as the lightweight clash in the final UFC pay-per-view of the year.

The upcoming UFC 269 card will also feature a women’s bantamweight title fight as Amanda Nunes takes on Julianna Pena in the fight that’s expected to serve as the co-main event.

Great fight! No idea who wins that yet 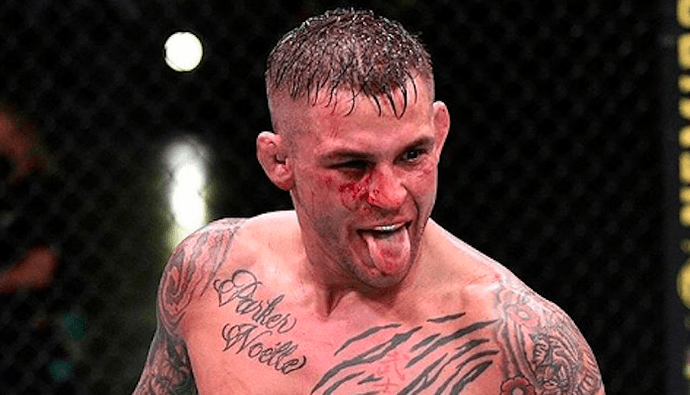 The undisputed UFC lightweight title will be on the line this winter when champion Charles Oliveira defends his belt against Dustin Poirier. 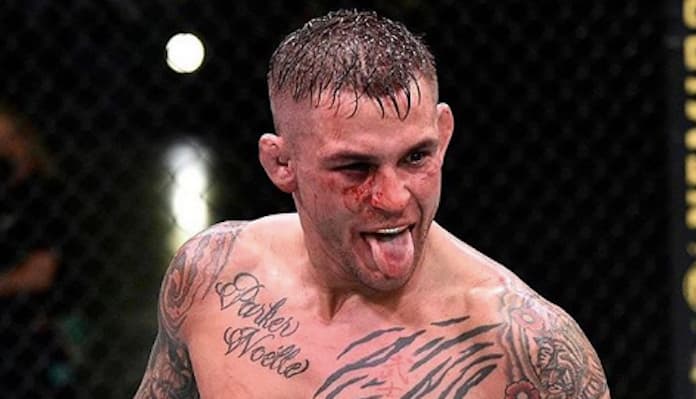 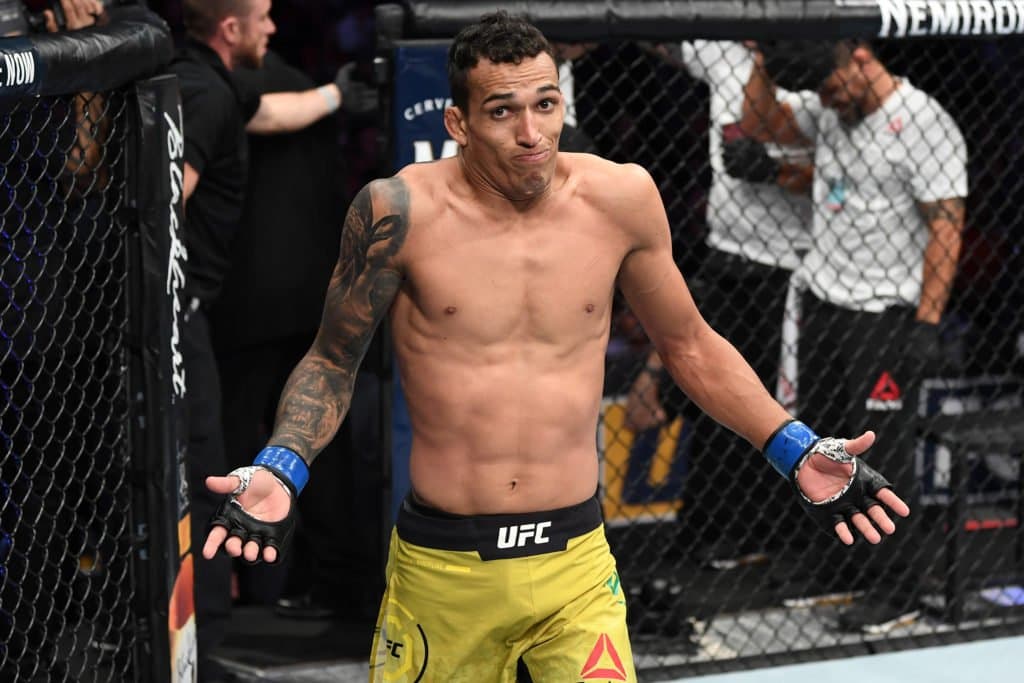 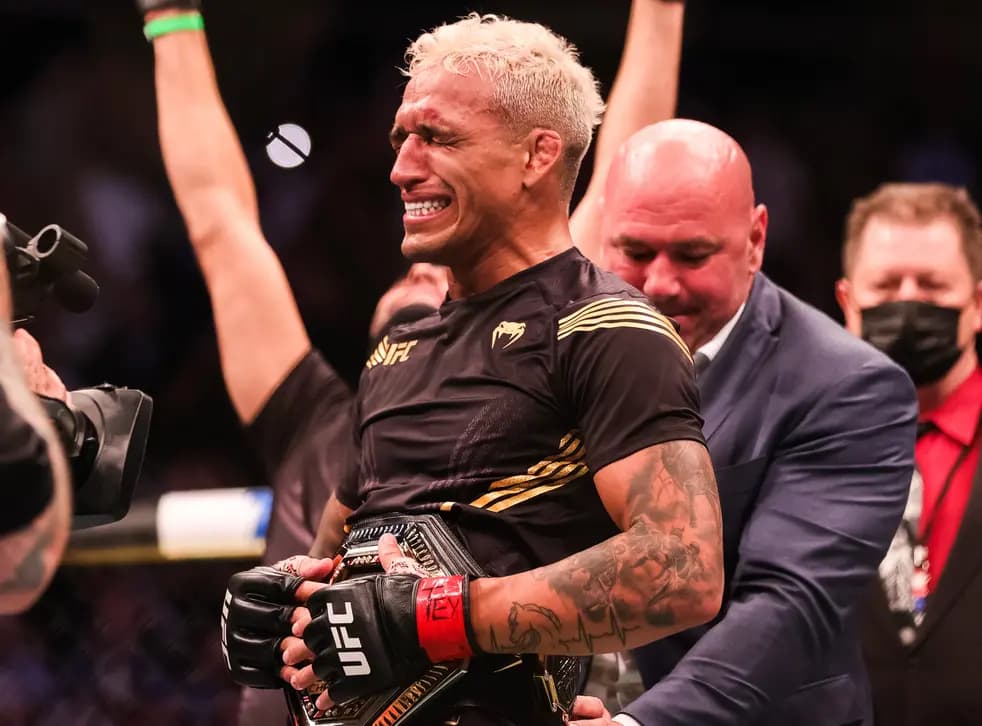 waist, Poirier is still ranked No. 1 by the MMA Fighting Global Rankings in the lightweight division.

This is why I hate the way UFC rankings are done. Charles is the champ, therefore he’s number 1.

The way this is written, to me, implies that Charles the champion is ranked below DP.

Great fight and difficult to call.

I think it’s a fight that favors Oliveira early on and Poirier in the later rounds.

I am SOOOOOOO I’m on this fight.