Olympics are going so well for the woke athletes

The faggot lefties will say, “But if you don’t cheer for purple haired dykes that hate America, you hate America”. Couldn’t have happened to a more spoiled group of individuals. Your country allowed you to get famous and rich playing a kids games and you turned your back on them.

whats your problem with biles and osaka? 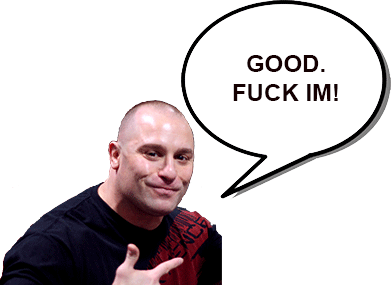 Osaka was bitching and moaning about having to actually do interviews and talk. Biles has family members killing other people, so thats hard to cheer for

whats your problem with biles and osaka?

Biles just decided to fuck over the entire team because she blew her vault.

Do t you get two attempts on the vault? That was her first vault

Biles bailed out on her expected vault, attempting just a Yurchenko 1.5. She still needed a massive bounce/stumble upon landing.

She looked to be in tears as she left the mat and then soon walked out of the arena floor with a trainer from USA Gymnastics.

She did not appear to suffer any obvious physical injury during her attempt. NBC reported that she was dealing with a “mental issue” not a physical one.

Biles returned soon after and had her wrists wrapped as if she would compete in the next discipline, the uneven bars. However, she soon unwrapped them and put on her warm-up outfit.

“Turned your back on them”

Lol the guys in Tokyo representing their country in the Olympics turned their back on you because they said “Orange Man Bad”.

They said America bad. Orange man not in office and yet they still bitch and complain.

You bitch and complain non stop about them bitching and complaining. At least some of them have a decent reason. Geesh get some self awareness

Because I post on a forum? LOL What is their “decent” reason. I’ll wait

Are they kneeling because orange man bad? This is the first I’m hearing about this…?

Why are they STILL kneeling then idiot?

Biles was also the oldest of the girls getting molested. She could have been a true leader and saved herself and those other girls from harm… instead she kept her mouth shut and allowed the molestation of dozens of other girls.

Systematic Racism my dear sir. But I’m afraid you’ve watched too much OAN, so much so that systematic racism is akin to Bigfoot in your eyes.

Our country is fucked up. It’s always been fucked up. At this particular point in time, it’s probably the LEAST fucked up it’s ever been. But it’s still fucked up, and admitting that doesn’t make me hate America or a communist. Same goes for some of these athletes. Hell some of em’ like Rapinoe might really be a commie and/or hate America. Hate on her. Not Simone Biles because she’s doesn’t hold the same opinions as Candace Owens

Systematic racism is the biggest bullshit myth in 50 goddamn years. You white guilt doesn’t allow you to be an honest person/.

Once again. You mention Trump, what does he have to do with their protesting?

You mention Trump, what does he have to do with their protesting?

Nothing, Gopher is a broken little man.