Sean O'Malley headed into his fight in the co-main event of UFC 252 vs. Marlon "Chito" Vera undefeated, and left, on a stretcher, will a loss. Vera appeared to land two calf kicks, O'Malley appeared unable to stand properly, and then got dropped.

"Sugar" talked about it all on his The Timbo and Sugar Show podcast.

“Warming up in the back, everything was perfect,” said O’Malley. “I’m in f***ing good shape. I’m breaking this motherf***er 100 percent in my mind. I get back there, doing our warm-up, everything is going perfect. About five minutes before we’re set to walk I’m like, ‘Do you think you could f***ing loosen up my ankle brace? It’s f***ing tight.’ So he’s sitting back loosening up my ankle braces because they were tight. That’s about it.

“Walked out, everything felt good, got in there. I was in front of him, and I’m like, in my mind, I’m like, ‘This is easy. He’s slow. He can’t hit me.’ You can’t hit me, and you can’t take me down. I didn’t think he was going to be able to take me down because he was so slow. … God, just standing there knowing I had one leg and like, ‘He still sucks.'”

“We picked the date, we picked the time, and we both walked out. It doesn’t matter what the f*** happens. Whoever wins, how it happens, however they win, wins. He won. It sucks for me, because I lost to someone who I look at as not very good. I look at him, and I’m like, ‘He’s not that good.’ And I f***ing lost to him. That’s what’s the most frustrating thing. Losing to someone I’m better than. That ‘humble’ post was a f***ing joke. So for everyone commenting stupid s***, I’m not humble.

“Let’s look at his career in five years, and let’s look at mine. I’m going to be f***ing world champ, and he’s going to be a f***ing journeyman. That’s just what his is. He wins some; he loses some. He’s slow, but he’s gritty, so he’s going to be able to finish some people after they beat him up for a while. … He gets lucky and beats me and jumps up like he won the f***ing lottery. That just shows what kind of a (expletive) he was.”

“Literally the only thing that bugs me is I lost in a way where I feel like I didn’t lose, and I lost to a guy I feel like is not that good. I had the same pain, but all around my ankle, and I remember dragging my foot up against the cage like, ‘S***.’ Even still, didn’t feel in danger. I’m like, ‘OK, I’m not very mobile, but I don’t feel in danger. I don’t feel like he’s a threat.’ I was hoping he would shoot in on me so I could try to guillotine him. F***ing cracked him with a good shot, then that last little flurry I had. I don’t think he punched me once on my feet, even after my foot was f***ed up.”

O'Malley quit plan and simple. Even if he thought he was still in it Vera was fucking him up in the guard and landed some beautifully placed elbows that limped O'Malley for a split second.

As soon as O'Malley hurt himself he didn't want to be there and Vera knew it. Compare Sean to someone like Santos that went 3 round with two destroyed knees and tell me how much he wanted it.

What a bitch. He got destroyed.

The kid and the UFC made him think he was the next conor, he is not lol.

If he loses one more he is done because he will lose fans with that talk, he needs to win if he plays the cocky jeel

And the 6nine look is fucking stupid, let's look like a snitch clown

What a fucking idiot.

His comments are whatever. From playing 2138 hours of UFC 3, I do know one thing for sure... nothing sucks more than losing to somebody that you're much better than.

Sure he can get an early knockout, but he can't cut the later rounds.

Great fighter, but for whatever reason, his body can't seem to hold up.

Not excepting that you lost is not being truthful with yourself.

Multiple guys who seemed like fan favorites have come across as unlikable lately.

Suger Shawn won the30 seconds of that fight, dominated it, in a street fight that's all it takes, fights don't go past 30 seconds in the streets, chito won a fake fight with rules , omalley won the battle, the war continues

As if I needed another reason to not like this guy

At least he doesn’t only look like a clown.

What a tool. He learned nothing and he seems dumb.

U could see it in the prefight. Talking about how famous he wants to be lol like right out of a movie.

He looked more hesitant than anything. Slow to start,  but quick to finish. 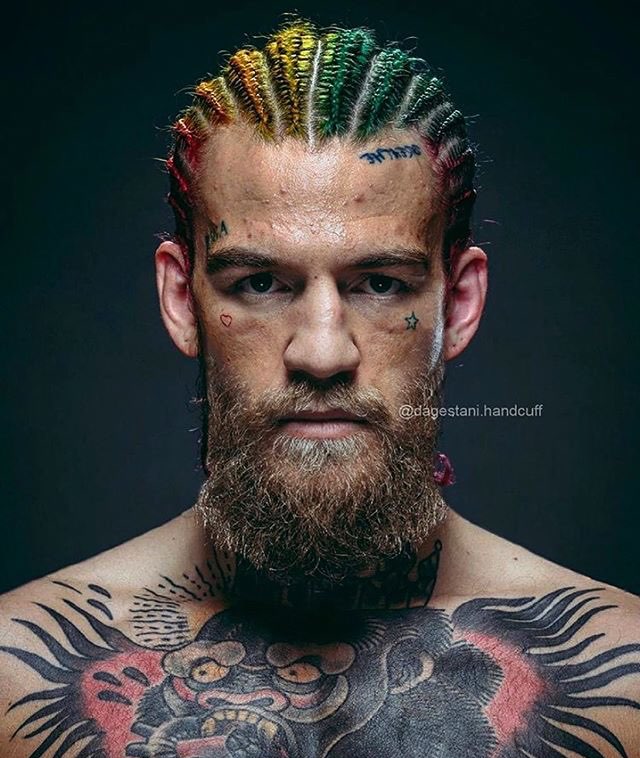 He looked more hesitant than anything. Dole to start,  but quick to finish.

This. There wasn't anything slow about those elbows he dropped on O'Malley's head.