I don’t love Bill M., but am happy that he sees it the way it really is. Most people here invent their problems in the absence of real ones. 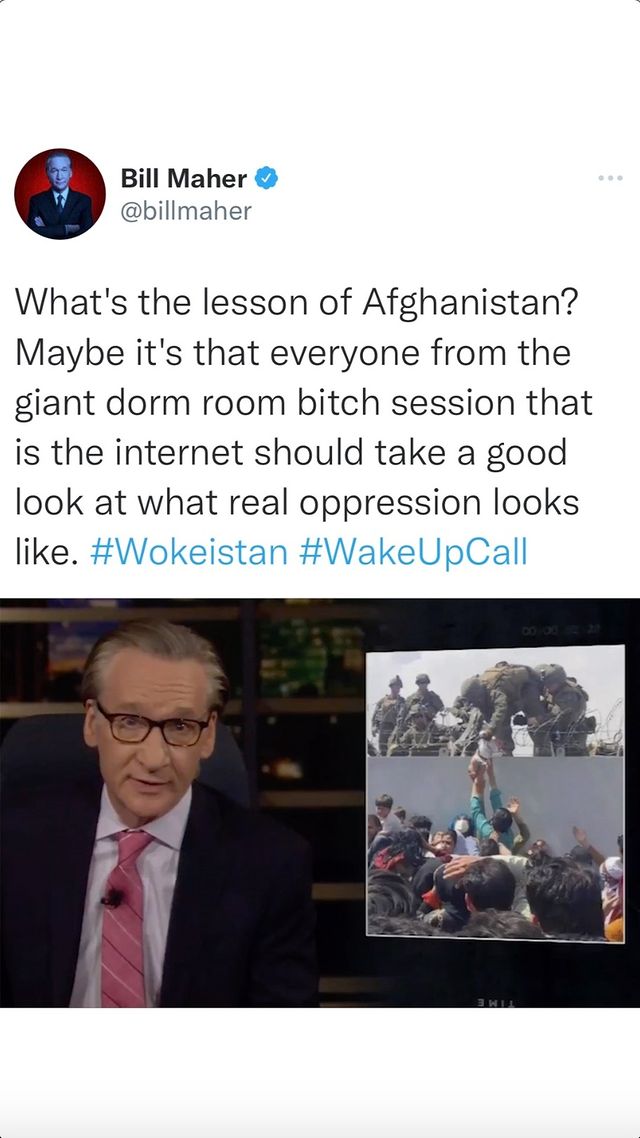 Bill Maher is one of the people that helped cause all of this. He has been doing the DNC talking points forever but everyone praises him when he says one good thing. Watch he TV show from the first season or his comedy specials back in the day and he has always been preaching the most far left talking points. I mean this is the same scumbag that wanted America to go into a massive economic recession just so Trump looks bad.

This is one of the problems with the right in that they are so eager to embrace the enemy just because they said one thing they like while ignoring decades of bad things.

Amen brother, preach it. I’ll take it a step further. Not only do we not have real problems, we are perfectly ok with compartmentalizing and saying fuck the Afghans it’s their problem, but all these “homeless” people In America, well damnit they need billions of dollars of housing and healthcare and blah blah a blah. It’s totally irrational.

I don’t like him, never did. But, he’s not exactly wrong on this one.

To each, their own, I suppose.

I’m not right, or left. Try not a scribe to tribalism and dogma, which is what politics has now become.

You can, though. It’s your prerogative, and I have zero problem with it, it’s just not me.

I get what you’re saying, but I don’t think people should be eternally damned for bad ideas. We should embrace people growing and learning and evolving. If we don’t, most teenagers will never be welcomed into adult conservative circles.

More importantly, we should acknowledge good ideas regardless of who is saying them. It’s usually the liberals who say essentially, “I won’t listen to the other side because they’re racist”.

I don’t disagree. Just stating that people who feel that the US is an awful, bigoted, racist, homophobic place probably lack proper perspective in life, which is what Maher is saying.

My life changed in around 2008, when, as part of my job, I had to work at UN refugee camps in Kenya (Kalyan, and DaDaab), and Nepal (Bhutanese refugees). The issues and challenges many people around them world have, especially in developing countries are truly awful, and people can’t see that life here really isn’t as bad it they perceive, becuase they lack experience and perspective.

Even a smug prick of a clock is right twice a day. 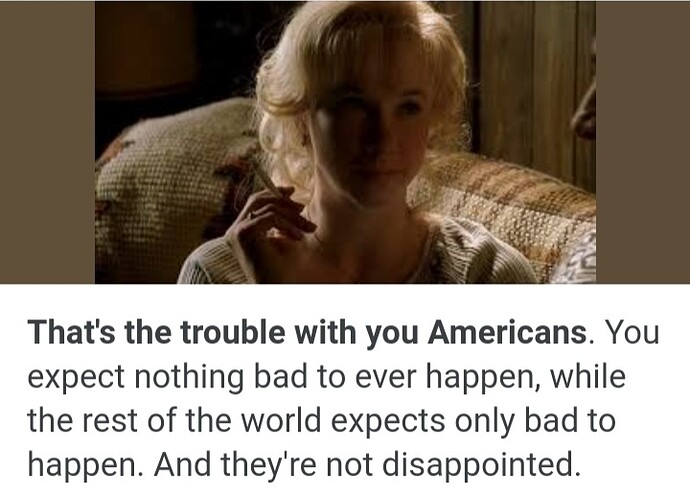 He has some good points